Bvlgari turtle by Francesco Vezzoli is on display at the Musée d’Orsay in Paris. 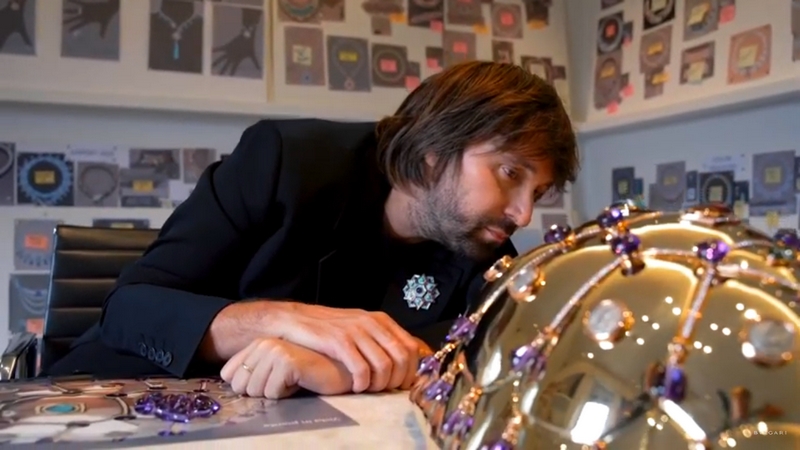 Fusion between high jewellery and contemporary art, Bvlgari and the Italian artist Francesco Vezzoli have come together to create a precious sculpture, a brass-shelled tortoise set with precious stones, titled Tortue de Soirée.

The polished tortoise shell, beautifully rendered, is studded with tumbles of amethysts and cabochon-cut rubellite, peridot, citrine, and topaz (43 gems for about 1,500 carats in total), paired with nine ancient Greek silver coins.

Following the inspiration of Lucia Silvestri, Bvlgari’s Creative Director, Bulgari’s artisans passionately worked for 530 hours to set the stones and coins, turning the carapace into a jeweled masterpiece.

“Bvlgari is a brand deeply rooted in the past and deeply projected into the future. When I have approached them, I could have never hoped such a participation, such an enthusiasm in creating a project that has never been made before,” said Francesco Vezzoli.

“For me this sculpture is a case of public jewellery. It is an extremely precious object but it’s not made for private consumption. It is made for public consumption. So this is for me very interesting and I would like to say that it’s probably the first time in the history of art that something like that has happened,” added Vezzoli.

“The work combines Vezzoli’s exuberant imagination and Bvlgari’s creative talent, and it was made possible thanks to the Département du Patrimoine (heritage department) of Bvlgari. This project showcases the commitment of the brand to support creative talent, as well as cultural heritage,” wrote vogue.fr. 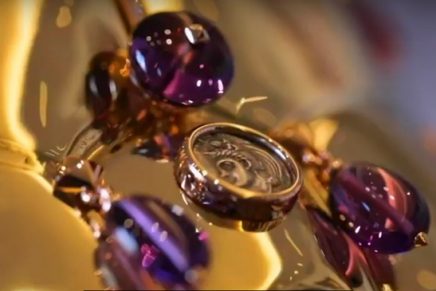 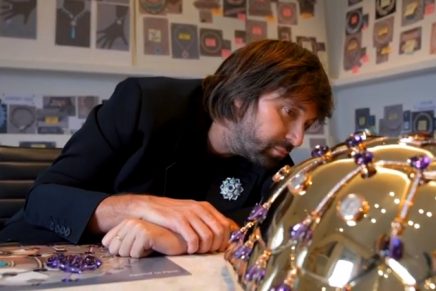