British Fashion Awards 2014: the winners of the British fashion. 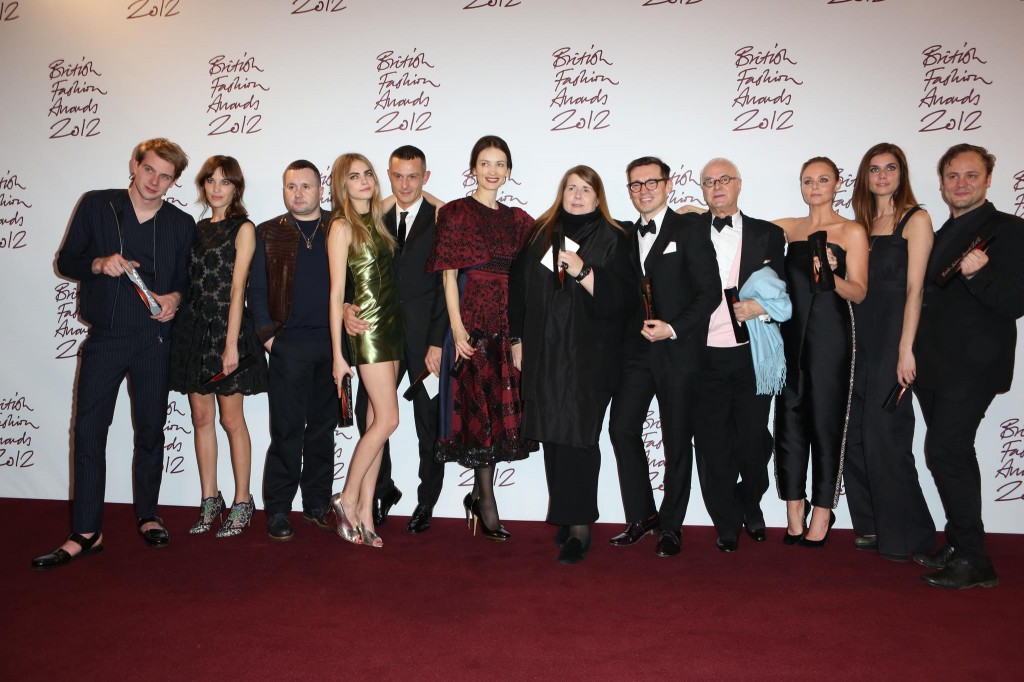 The prestigious Womenswear Designer of the Year accolade was awarded to Christopher Kane. The award, which is given to a designer who has been instrumental in enhancing women’s fashion, recognises a triumphant year for the London- based brand. Christopher Kane has developed a reputation as one of the most talented and innovative British designers. Securing a partnership deal with the Kering Group followed by another two internationally acclaimed ready-to-wear collections at London Fashion Week have established Christopher Kane as a leading global star.

“The roll call of winners announced this evening is a phenomenal display of talent in the fashion industry. The British Fashion Awards give us the chance to commend not only the winners but celebrate all of the individuals that contribute to the incredible achievements that make London the best fashion destination in the world. I’m incredibly proud to be a part of the ceremony this evening, set in the heart of our creative capital; it provides the perfect climax to a truly momentous year of British fashion,” commendted Natalie Massenet, Chairman of the British Fashion Council.

British brand Burberry enjoyed a double celebration on the evening, winning both the Designer Brand of the Year and the Menswear Designer of the Year award, which was given to Christopher Bailey for Burberry. In June 2013, Burberry presented their first menswear collection in London after more than 10 years of showing in Milan. Following Bailey’s Hockney and Bennett inspired SS14 collection at London Collections: Men, the Burberry Prorsum menswear collection is now established as an unmissable fixture on the London show schedule. 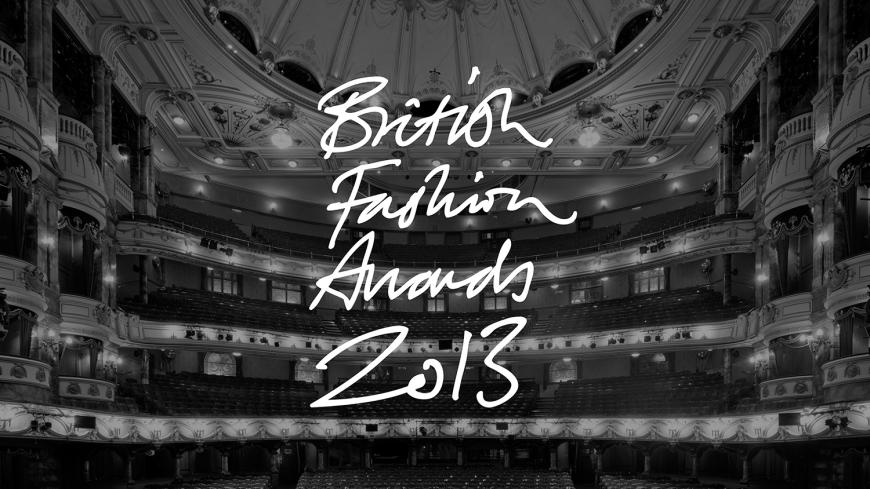 Lady Amanda Harlech received the Isabella Blow Award for Fashion Creator in recognition of her creative inspiration and influence in the fashion industry. Lady Harlech has had an unprecedented impact in defining the mood of global fashion through her career spanning three decades, working alongside creative visionaries including John Galliano and Karl Lagerfeld.

Nicholas Kirkwood was named Accessory Designer of the Year marking the third time the designer has been honoured with the award. Kirkwood’s impressive international business won the BFC/Vogue Designer Fashion Fund award this year, followed by the opening of a flagship store in Las Vegas and the launch of both a pre-collection and menswear line. Kirkwood’s iconic footwear recently gained investment from luxury goods group LVMH and is stocked internationally by over 150 retailers.

The honour of Outstanding Achievement in Fashion was awarded to Terry and Tricia Jones by collaborator, colleague and family friend, Dylan Jones OBE. This special award is one of the most significant of the evening; it celebrates and recognises the iconic couple’s tremendous contribution to the fashion industry. i-D Magazine, founded by Terry and Tricia in 1980, became the leading source of creative inspiration for it’s generation. 30 years on, it continues to impact the fashion industry on an international scale.

To recognise the ever-increasing globalisation of the fashion industry, the International Designer of the Year award was introduced this year to celebrate an influential international designer making waves on the global fashion scene. The inaugural award was won by Miuccia Prada for Prada. Miuccia Prada, who has been named in Time magazine’s list of the 100 Most Influential People of the 20th Century, is renowned for her season defining collections that consistently set the agenda of the fashion industry.

In addition to the award category winners announced on the night, Special Recognition Awards celebrated two individuals who have shaped the fashion industry over the past 25 years: Suzy Menkes OBE was honoured with the award in recognition of her 25-year career at the International New York Times, formerly the IHT; British supermodel and icon Kate Moss was acknowledged for her 25-year long career and continued influence on the fashion industry as the fashion icon of her generation. 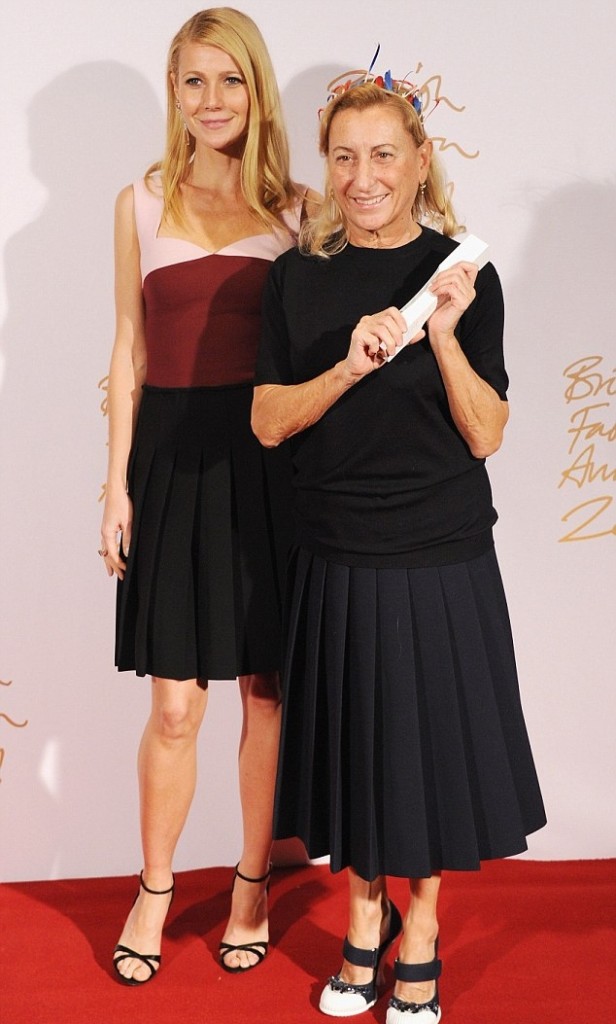 International Designer of the Year – Miuccia Prada for Prada;

Brand of the Year – Burberry;

Menswear Designer of the Year – Christopher Bailey for Burberry;

Model of the Year – Edie Campbell;