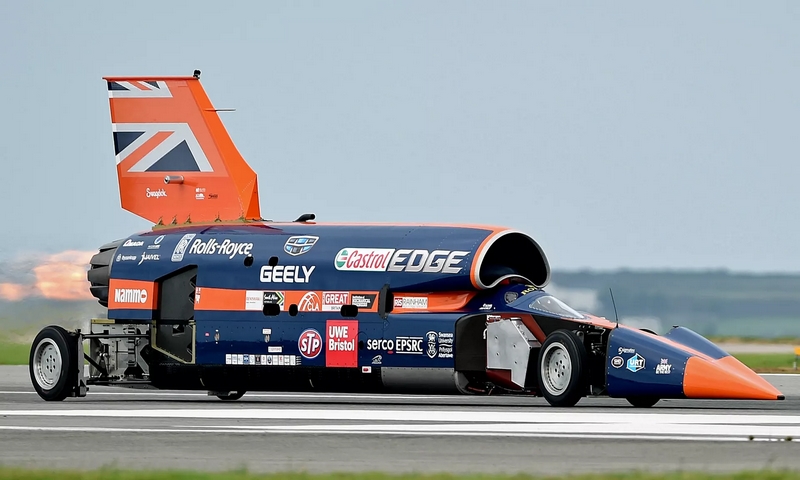 Plans to build a British jet-powered car to speed at more than 1,000mph through the desert have hit quicksand, after the company behind the Bloodhound project entered administration.

The dream of an ultra-fast car to break the land speed record led to the creation of Bloodhound Programme Ltd in 2007, with the idea of also engaging schools and students in engineering.

Bloodhound has already built and tested a viable racing car to speeds of 200mph, but the project is in debt and needs to find £25m or face being wound up.

Administrators have appealed for investors, comparing its cost and potential legacy favourably with the money spent on Formula One and other races. So far, Bloodhound has been supported by partners and sponsors including Rolls-Royce and the UK Ministry of Defence, which has loaned prototype jet engines.

Bloodhound said its programme had been a catalyst for research and development, as well as helping interest schoolchildren worldwide in science and engineering, with an associated educational campaign reaching more than 2 million children.

Andrew Sheridan, a joint administrator at FRP Advisory, said: “Bloodhound is a truly groundbreaking project. Entering into administration provides some breathing space to identify an investor who will bring the guaranteed funding, impetus and expertise required to drive the project forward.”

He said discussions were being held with a number of potential investors. “Whilst not an insignificant amount, the £25m Bloodhound requires to break the land speed record is a fraction of the cost of, for example, finishing last in a F1 season or running an America’s Cup team. This is an opportunity for the right investor to leave a lasting legacy.”

Bloodhound’s chief engineer, Mark Chapman, said: “With the right support we have no doubt that the project will achieve its aims and could be racing for the record in as little as 10 months.”

The planned car is a combination of jet, F1 car and spaceship that would cover the length of four and a half football pitches in a second.

The current world land speed record of 763mph was achieved in the Nevada desert in 1997 in a UK-designed car, Thrust SSC, led by the same team behind Bloodhound.