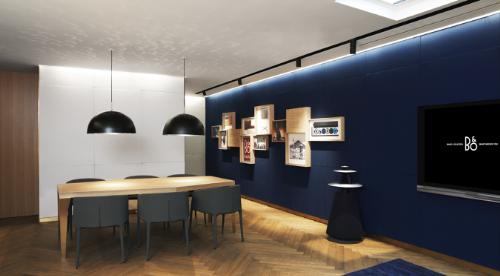 The 1400 square foot showroom, located on 600 Madison Ave, marks the very first USA showroom to implement the new store design layout, its sister showrooms in New York City will follow suit, as well as a handful of additional locations across the United States next fiscal year.

At the heart of the new retail concept is a dedicated speaker wall that showcases all of Bang & Olufsen’s best-selling speakers. You can listen to any kind of music, including your own playlist streamed from your smartphone and check out the sound of everything from the smallest cube speakers to the largest floor models.

A B&O PLAY zone invites you to listen to the brand’s range of innovative designs created for more mobile lifestyles, comparing everything from the latest headphones to award-winning portable sound systems. 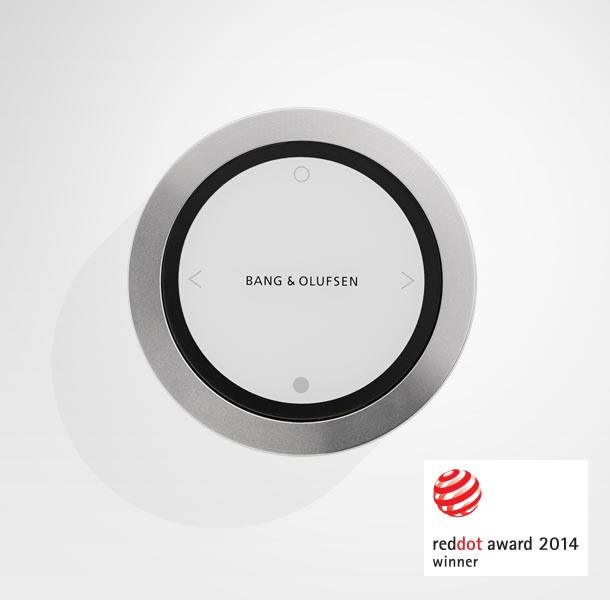 A more private area lets you settle in and immerse yourself in some of Bang & Olufsen’s top-of- the-line viewing and listening combinations. Here, you can view films on the latest flatscreen technology with sumptuous surround sound, or discover the near-magical convenience of linking rooms and multiple entertainment sources through BeoLink system integration.

In 2014, Bang & Olufsen received a prestigious Red Dot Award 2014 for excellence in product design for its new BeoSound Essence music system. BeoSound Essence consists of two components: A remote and a hideaway box.