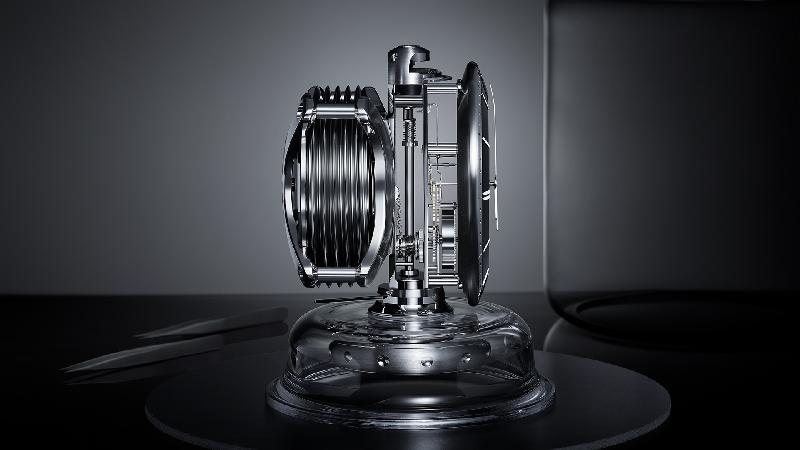 A design icon that becomes a work of art.

With its complete absence of visual distraction, the seamless glass cabinet gives full value to the remarkable Jaeger-LeCoultre Atmos Infinite clock mechanism and unique design from every angle. The Jaeger-LeCoultre calibre appears to be floating freely in the cabinet. The designers and watchmakers developed a glass base encapsulating the balance wheel and designed to be virtually invisible, giving a feeling of levitation.

Featuring a new base and glass case, black lacquered dial, and hands in silver rhodium finish, the Atmos Infinite brings with it a contemporary focus as it revisits the aesthetics of the famous clock that lives with the air of time. A variation of only one degree Celsius in the ambient temperature is enough to provide 48 hours of autonomy to this almost perpetual clock.

With transparency and understatement, this new creation makes minimalism an absolute. Beneath the purity of the glass, every detail of its ingenious mechanism can be admired in a 360° view: The membrane, chain, circular balance wheel, punctuated with hollowed-out circles and enclosed in its glass foot… Around the dial built on several levels, the minutes tick away. Just below, representing the hours, twelve appliqué baton hour-markers with equally rounded ends stand out perfectly against the bewitching black of the lacquered dial. 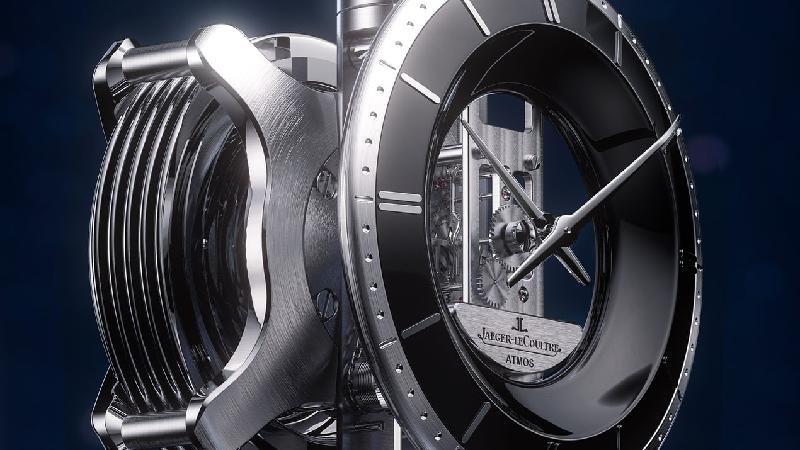 The dial has been reduced to its minimum.

Finished in black lacquer, the dial is composed of two concentric circles onto which polished baton-shaped indexes have been applied, and is complemented by hands that match the silvery rhodium finish of the mechanism.

On a metal outer ring, the minutes are marked by tiny indented dots. Their form echoes the round indentations on the annular balance, which spins back and forth in its slow and mesmerising rhythm beneath the body of the movement.

The calibre appears, at first glance, to float freely in the Atmos cabinet, as if it were not attached to any structure. Our designers and watchmakers worked together to develop a glass base encapsulating the balance wheel and designed to be virtually invisible, giving this feeling of levitation. An eye-catching design element.

Jaeger-LeCoultre in-house Calibre 570 is a hours-and-minutes movement that focuses on the essentials. Assembled in a unique and dedicated workshop inside Jaeger-LeCoultre Manufacture, the Atmos Infinite offers fine watchmaking finishes, including brushed surfaces, polished edges and Côtes de Genève stripes. As any Atmos movement, the Calibre 570 doesn’t need any human intervention to perfectly tell the time. 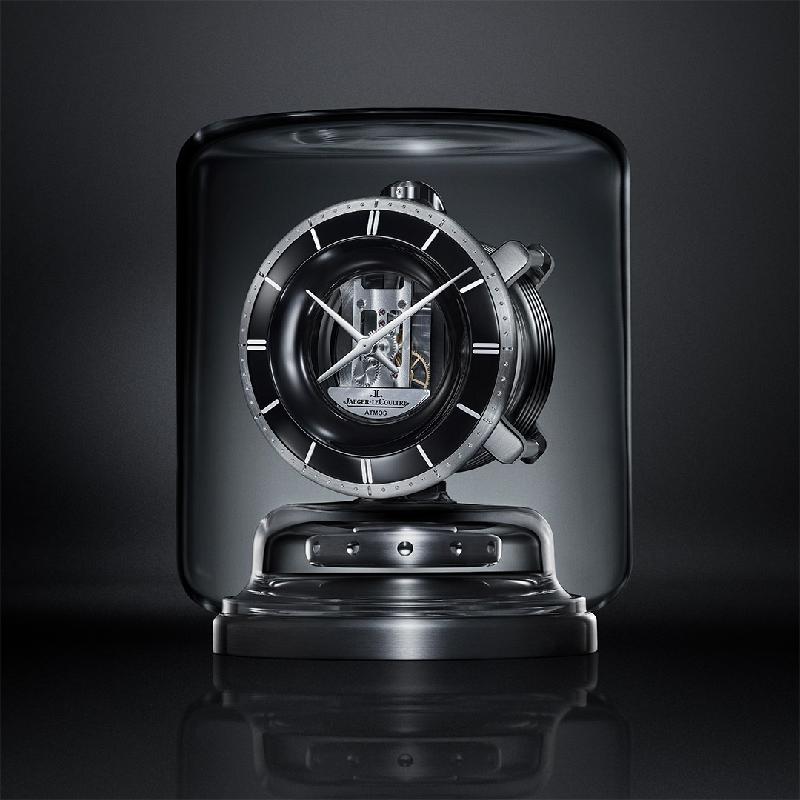 Running independently of any human intervention, it draws its energy from infinitesimal variations in the ambient air temperature. The secret lies in a hermetically sealed, gas-filled capsule, which is connected to the clock’s drive spring by a membrane. A temperature change of one degree allows the capsule to contract and expand, winding the mechanism and giving the clock a two-day power reserve. 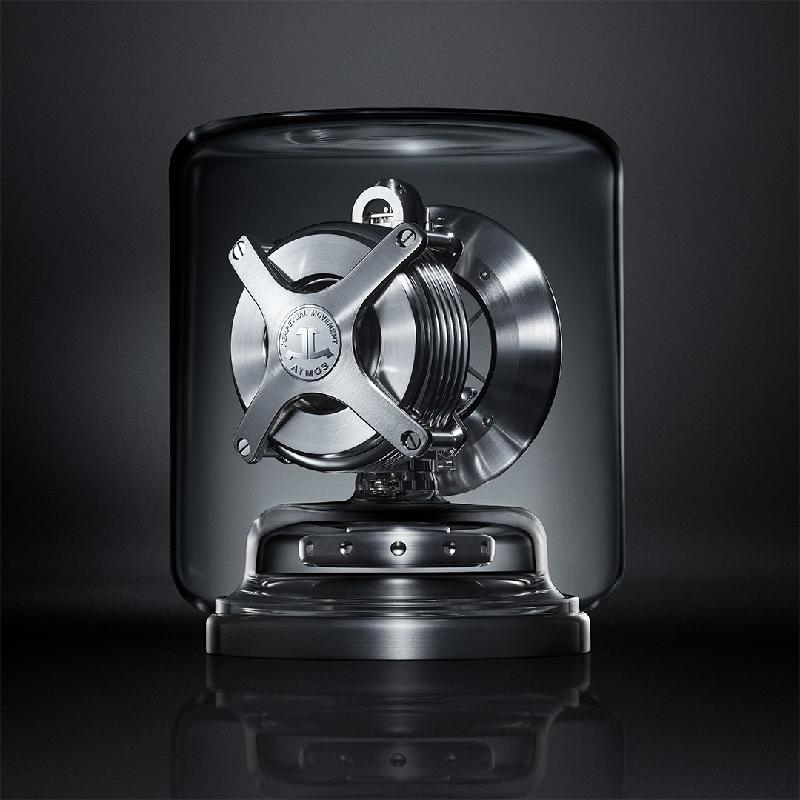 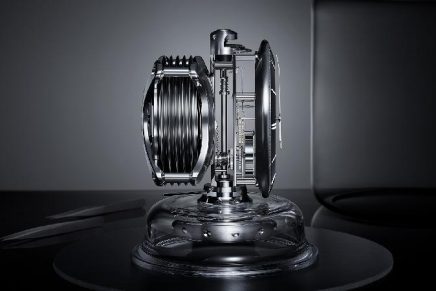 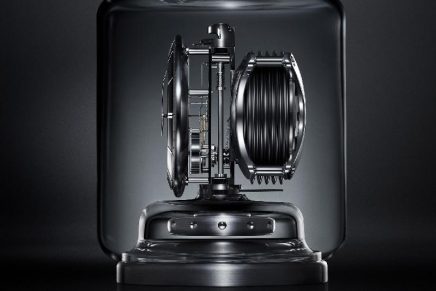 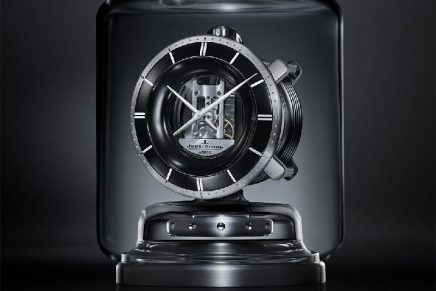 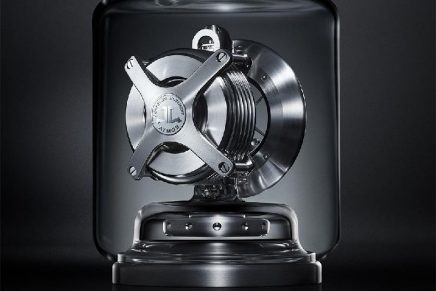 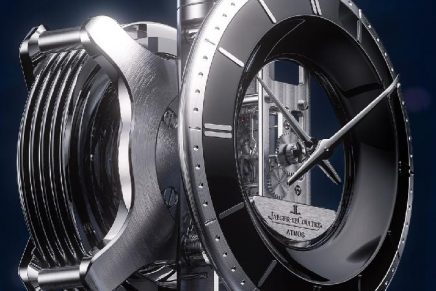