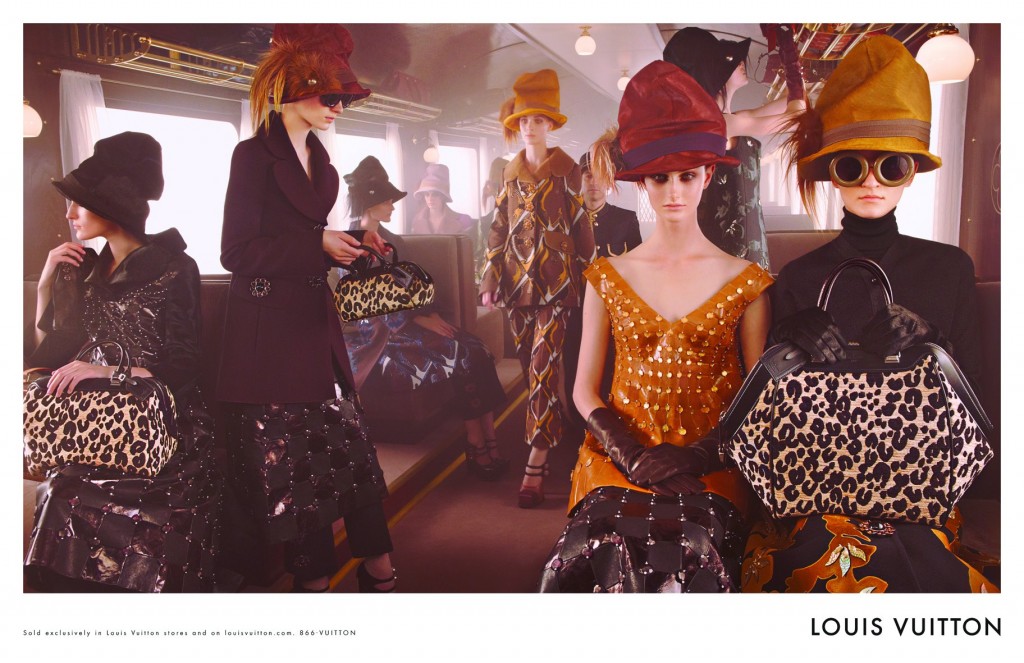 Less than two weeks before the Paris Haute Couture week (July 1-5), French luxury house Louis Vuitton unveiled behind-the-scenes video for its new Fall/Winter 2012-2013 campaign. The campaign is a recreation of the Louis Vuitton Express
and a compelling restatement of the romance of travel. Shot by American fashion photographer Steven Meisel, the campaign casts 10 models along with four porters carrying the luggage.

“We wanted to maintain the romantic journey that the collection represent, show the opulence of the brocades, beautiful cuts of the suits and the distant, romantic glamour of travel,” explained Marc Jacobs.