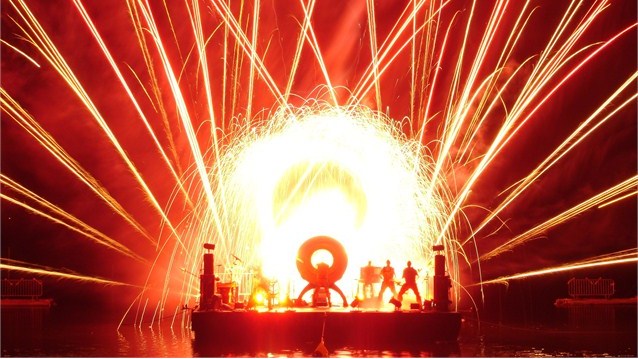 The 12-week London 2012 Festival launches this Thursday, 21 June, with five headline events across the UK.

Running until 9 September 2012, the once-in-a-lifetime Festival features more than 25,000 artists from all 204 competing Olympic and Paralympic nations.

The Festival consists of commissions and invited events in all art forms, dedicated to showcasing the best of British and world culture through exceptional creative partnerships. There are more than 12,000 events, with performances at 900 venues in villages, towns and cities all over the UK, including 137 world premieres and 85 UK premieres.

– In Stirling, world-famous conductor Gustavo Dudamel will lead The Big Concert with the Simon Bolivar Symphony Orchestra of Venezuela. The concert be broadcast on BBC Four and BBC Radio Scotland and screened live on London 2012 Live Sites in 22 towns and cities across the UK.

– Lake Windermere hosts On the Nightshift – a free outdoor pyrotechnic and percussion extravaganza.

– In Derry~Londonderry, Pixie Lott, Imelda May and many more lead the free, sell out Peace One Day concert, celebrating the theme of the ancient tradition of the Olympic Truce that has inspired the opening day programme. The concert is produced by Peace One Day founder Jeremy Gilley and ambassador Jude Law.

– Opening the London 2012 Festival in Wales is artist Jeremy Deller’s life-size inflatable replica of Stonehenge, Sacrilege, which will ‘pop up’ for the first time at the National Botanical Gardens in Carmarthen. The artwork will travel to many locations across the UK during the Festival.

Ruth Mackenzie, Director, Cultural Olympiad and London 2012 Festival, said: ‘When the UK won the bid for the Olympics in 2005, we promised to return to Baron Pierre de Coubertin’s original idea of an Olympic Games based on the three pillars of sport, art and education. This summer, London 2012 Festival showcases the world’s greatest artists alongside the stars of the sports world, a once-in-a-lifetime cultural experience to match the once in a lifetime visit of the Olympic and Paralympic Games to the UK.’