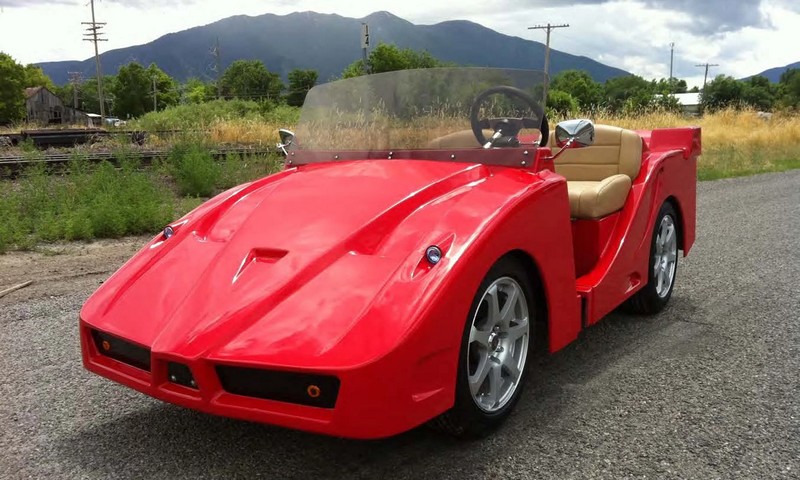 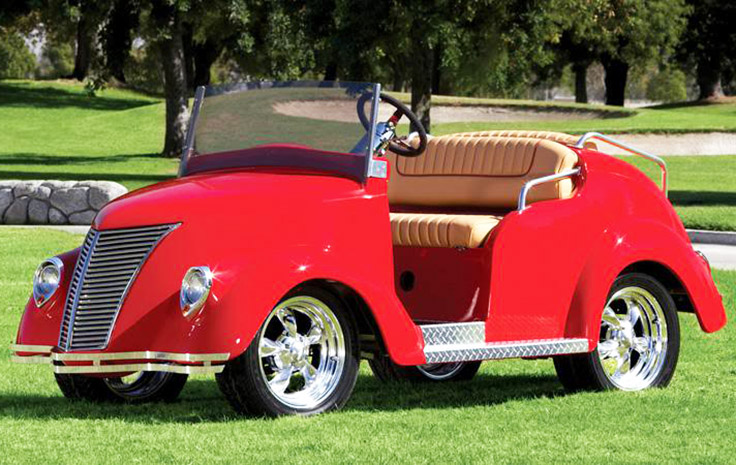 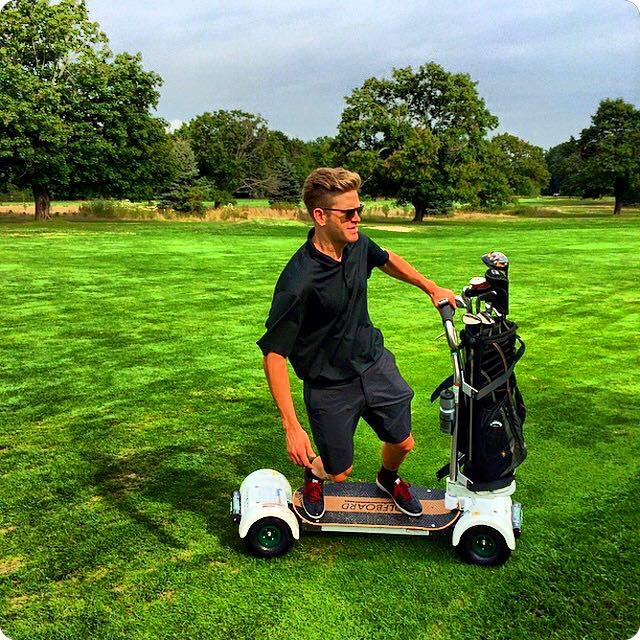 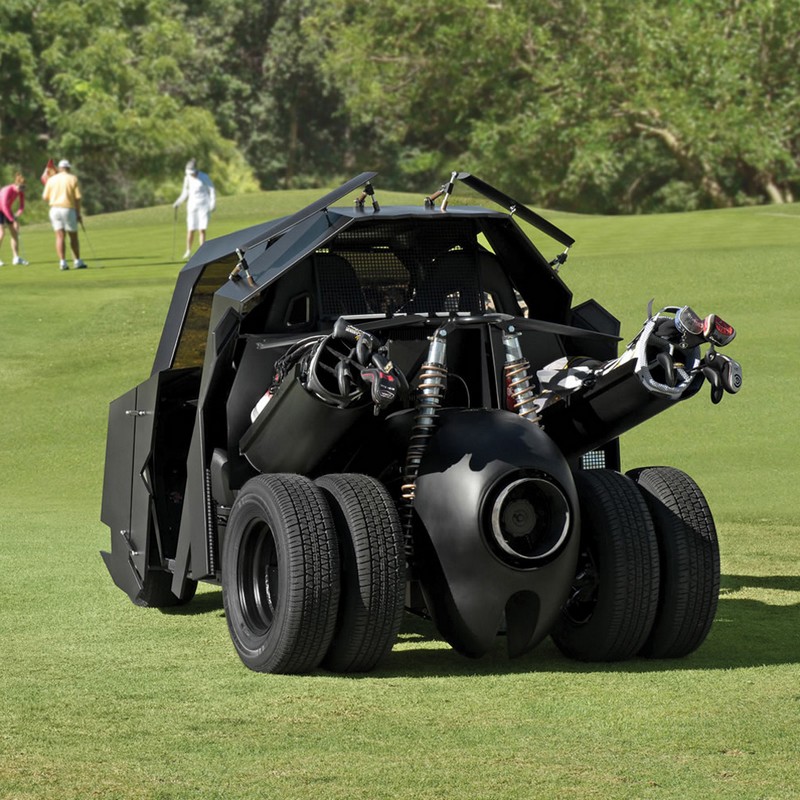 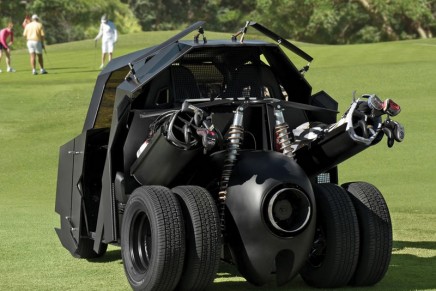 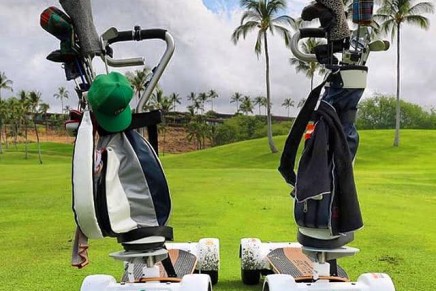 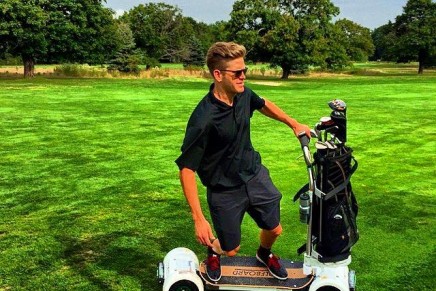 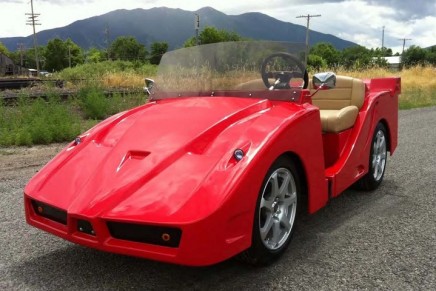 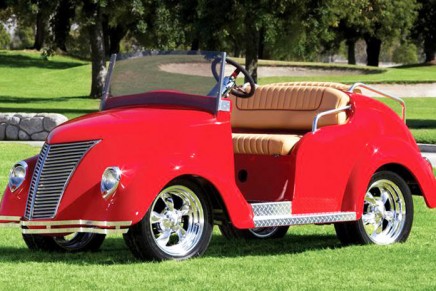 This article titled “Above par: why luxury golf buggies are taking to the road” was written by Oscar Rickett, for The Guardian on Sunday 25th October 2015 17.45 UTC

Golf carts have rolled off the fairways of suburban America and on to the roads. In wealthy, warm and densely populated parts of the US, the golf cart is becoming the vehicle of choice for the elderly and middle-aged. Architect Deane Simpson, author of Young-Old: Urban Utopias of an Aging Society, says that in The Villages, a Florida retirement town of 110,000 people, there are 50,000 golf carts. But if your idea of a golf cart is a stout, plain, box-like number, think again. This is the age of the individual and more and more golf carts are getting the Pimp My Ride treatment. Mike of luxurycarts.com, which has been supplying tricked-out golf carts to the American market for 20 years, says customers of the site are “rich people who use the carts for non-golf use, most of the time. They usually spend as much as they can to customise them.”

A look at the site confirms this. Apart from the Classic Cart, which looks like a Rolls-Royce – but isn’t “modelled on anything”, according to Mike – there are carts that look like limos, Ferraris, pickup trucks and Jeeps, which means that when you’re chugging down to Walmart at 20mph you can imagine you’re burning around Le Mans racetrack or bouncing along an off-road track, mountains rising up beside you. Prices range from around $15,000 to $25,000 (£9,800 to £16,250).

More brazen in its approach to pimping golf carts is Bad Ass Golf Carts in Las Vegas, which claims to build the “most outrageous golf carts in the industry … From Off Road Monsters To Beat In The street Lowriders and EVERYTHING In Between!! We’ll Make Your Neighbors Golf Cart Embarrassed To Leave the Garage!!” [Sic]

Customising golf carts isn’t confined to the US. On the island of Spanish Wells, golf carts often have engines that take their top speeds to 60mph. Residents deck out carts in their baseball team colours – or with flames.

Eventually, these might make their way to a street near you. John Stockman, director of Global Electric Motorcars, told the Atlantic that he imagined a world where busy city centres – not just retirement communities (or secluded islands in the Bahamas) – would be full of golf carts.

Don’t say you haven’t been warned.