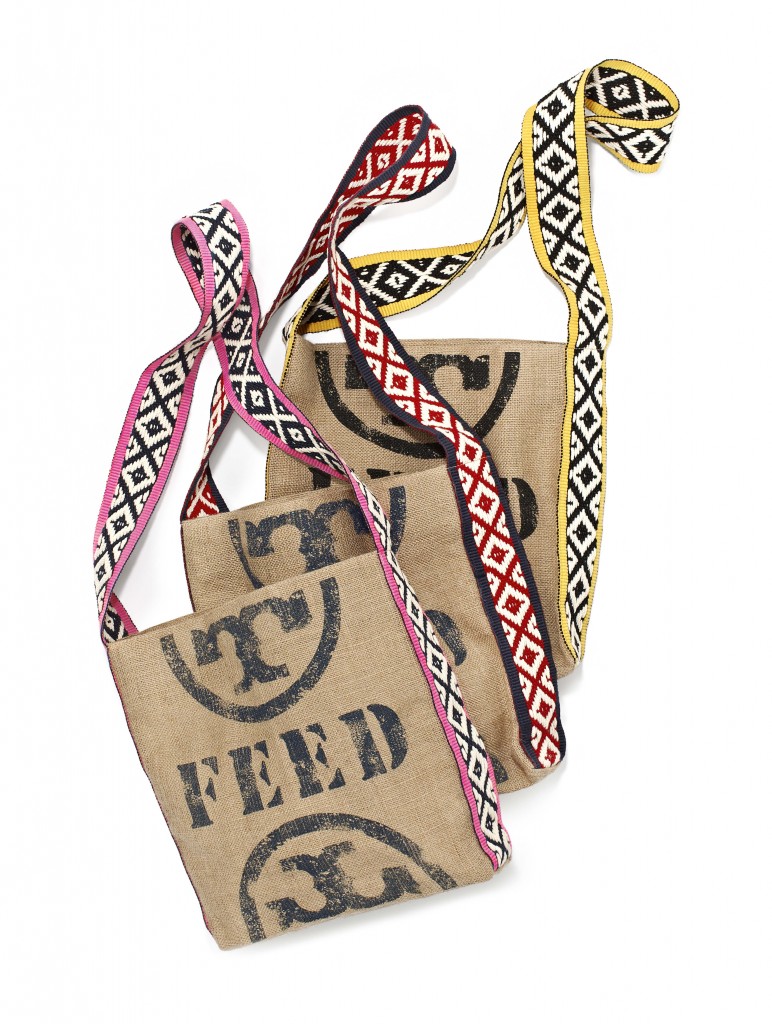 Holt Renfrew, FEED and Tory Burch have partnered to create a limited-edition, worldwide-exclusive tote to benefit the FEED Foundation and the Tory Burch Foundation.

The tote marries the aesthetics of the two organizations with FEED’s traditional burlap and Tory Burch‘s unique color combinations and special details. The bag features the Tory Burch logo and is offered in a variety of colour combinations. A portion of proceeds from sales of the $50 tote will support each respective foundation. Holt Renfrew’s goal is to raise $100,000, to contribute to 500,000 meals for children and $50,000 in microfinance and mentoring support. In turn, this empowers women and children by investing in their futures.

“The story behind this exclusive product is as exceptional as is the tote bag itself. Holt Renfrew is proud to bring this project to life and to support such important causes,” said Alexandra Weston, Holt Renfrew’s Director, Brand Strategy.

The tote bags will be available for purchase through holtrenfrew.com beginning April 30 and in Holt Renfrew stores across Canada May 10.