The John Lennon/George Harrison played Beatles guitar went under the hammer for $408,000.
What rock n’ roll legends are made of: 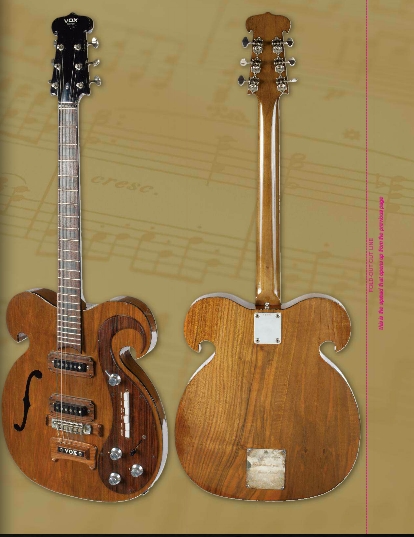 An electric guitar that Beatles John Lennon and George Harrison played was the centerpiece of the annual Music Icons auction organized by Julien’s Auctions, the world’s premier music and entertainment memorabilia auction house.

The rare Beatles guitar was auctioned for $408,000 and offered collectors a once-in-a-lifetime opportunity to own one of the rarest pieces of Beatles memorabilia ever to be offered.

“From Here Comes the Sun to Hello Goodbye, this guitar is truly one of the most historical pieces of music memorabilia Julien’s Auctions has ever had the pleasure of offering,” said Martin Nolan, Executive Director of Julien’s Auctions.

The striking custom guitar built by Mike Bennett and Dickey Denney was gifted to “Magic Alex” Mardas by John Lennon in 1967. Harrison played the guitar while practicing “I am the Walrus” during The Magical Mystery Tour and by Lennon while recording a video session for “Hello, Goodbye.” The spectacular piece of Beatles history was estimated to bring $200,000-300,000, fetching $408,000. 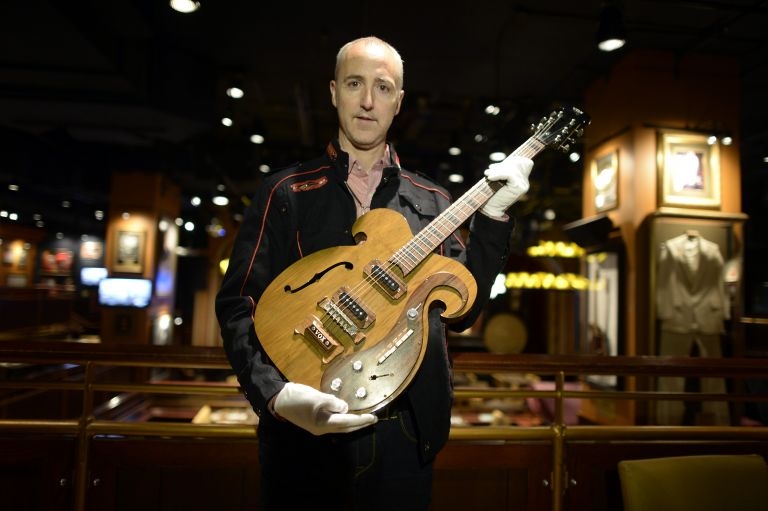