Two times at a glance: Lange 1 Time Zone has now been endowed with a new manufacture calibre.

The new version of the Lange1 Time Zone combines functionality with eminent legibility and superb craftsmanship.

In precision watchmaking, the “second time zone” function is a particularly convenient complication, especially because more and more people travel, work and communicate intercontinentally. For them, A. Lange & Söhne had already introduced a watch with two time zones in 2005. It was based on the Lange 1 and comfortably displayed the time in 24 time zones.

Lange 1 Time Zone is characterised by an asymmetric dial with two-time displays, an outsize date and a power-reserve indicator. And it retains the switchable city ring that allows convenient setting of the second time zone.

In contrast to world time watches, the Lange1 Time Zone provides the time at home and the time in a second zone at a glance. While the larger time circle shows home time, the smaller of the two time circles can be set to a second time zone by adjusting the city ring. When the time is adjusted with the crown, both displayed times are corrected simultaneously.

The dimensions of the new Lange1 Time Zone remain unchanged. The case has a diameter of 41.9 millimetres and a height of 10.9 millimetres. The Lange1 Time Zone comes in three case/dial combinations: white gold/black, pink gold/argenté, and – in a limited edition of 100 – yellow gold/champagne. 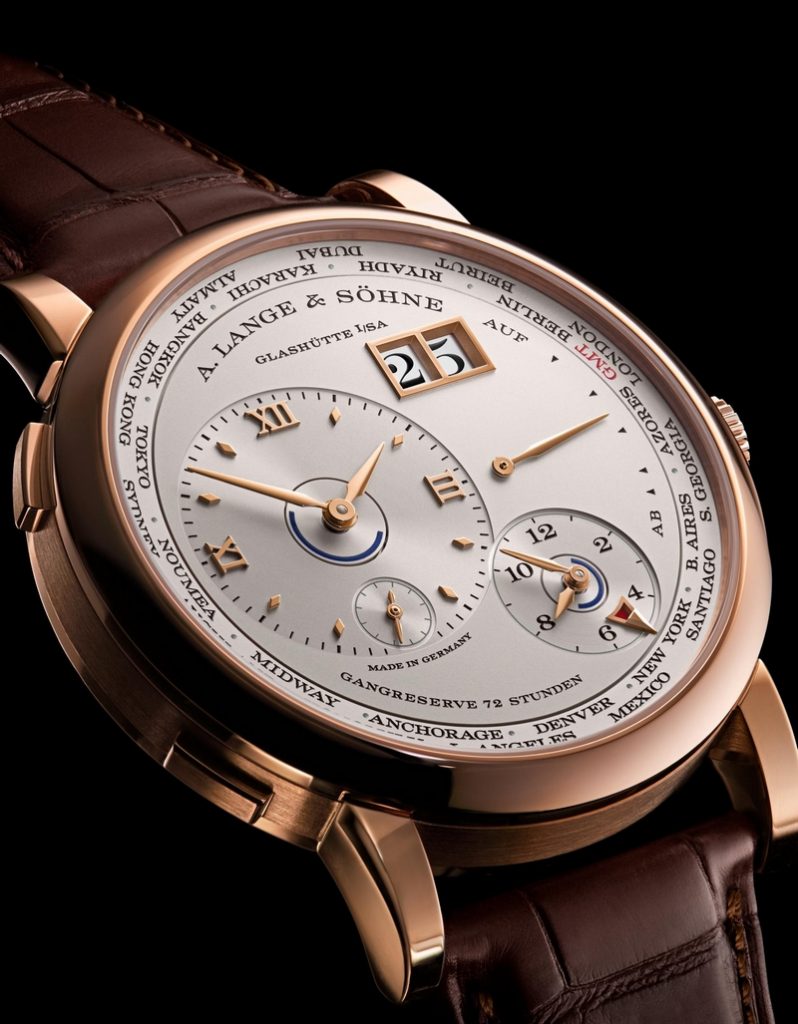 One of the key innovations is that the day/night indicators for home time and zone time, originally displayed with rotating arrow hands, have been shifted to the centres of the two time circles. There, together with the hour hand, they inform the user whether the time indication applies to the first or second half of the day. The ring-shaped day/night indicators are not only harmoniously designed, they are also intuitively readable. Featuring blue printed semicircles, the discs rotate once about their axes in 24 hours while the hour hand performs two revolutions in the same period. When it is located in the dial-colour segment, the display spans the period from 6 a.m. to 6 p.m. and on the blue background from 6 p.m. to 6 a.m.

A feature retained from the predecessor model is the convenient adjustment of the second time zone based on a switchable city ring with 24 time zones. They were defined in 1884 and are represented by 24 reference locations. When the corrector button at 8 o’clock is pressed, the city ring jumps from west to east by one time zone. At the same time, the hour hand in the small subsidiary dial advances by one hour and now indicates the zone time of the city beneath the golden arrow applique that stands for that particular time zone. The hands on the large numerals circle can be set to display the time at home or the time in another freely selectable time zone. To simplify the distinction, zone time is indicated with printed Arabic numerals while home time is displayed with gold Roman numeral appliques. 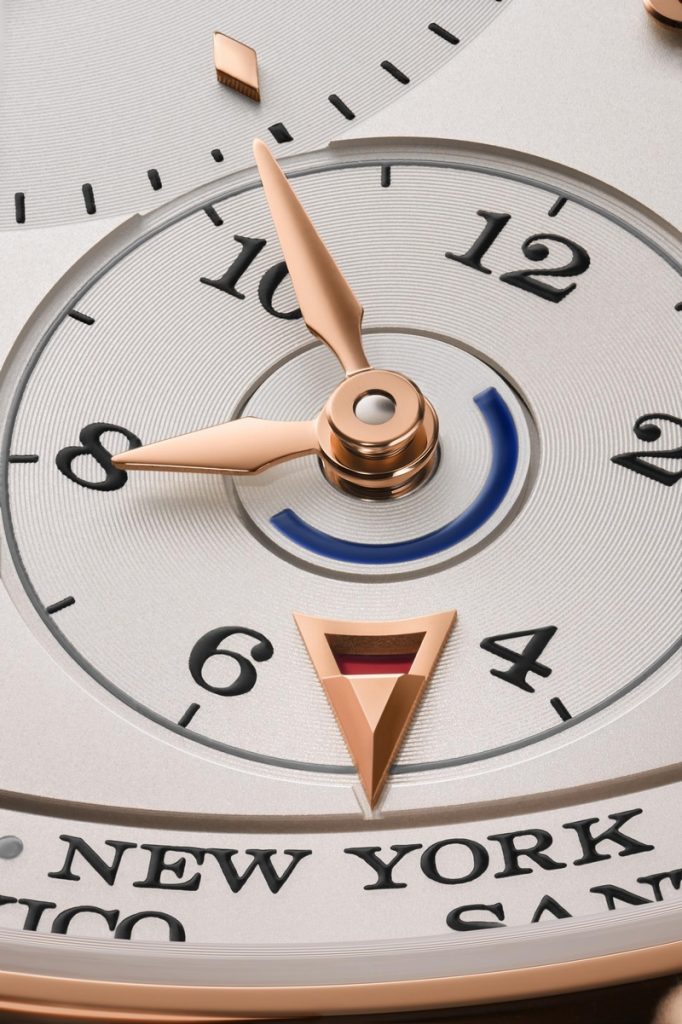 With the new manufacture calibre L141.1, all models of the LANGE 1 watch family that were originally based on the calibre L901 are now endowed with new movements. The most recent one reflects the experience accrued with the development of 65 calibres so far. In comparison with the predecessor model, the 72-hour power reserve is achieved with only one spring barrel. Further technical details include a classic screw balance and a freely oscillating balance spring crafted in-house and calibrated for a frequency of 21,600 semi-oscillations per hour.

Lange-style quality hallmarks such as the three-quarter plate made of untreated German silver, screwed gold chatons, blued screws, an elaborate whiplash precision index adjuster as well as hand-engraved balance and intermediate-wheel cocks are visible through the sapphire-crystal caseback. 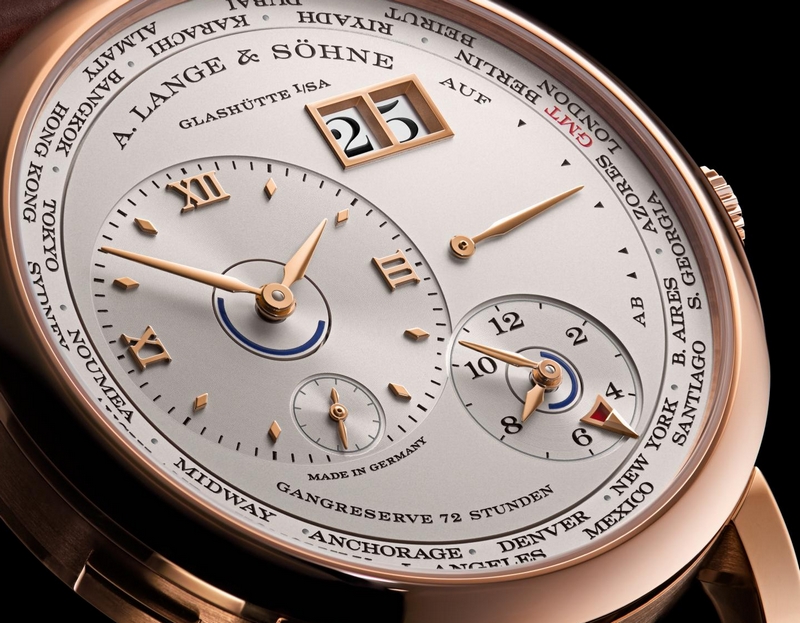 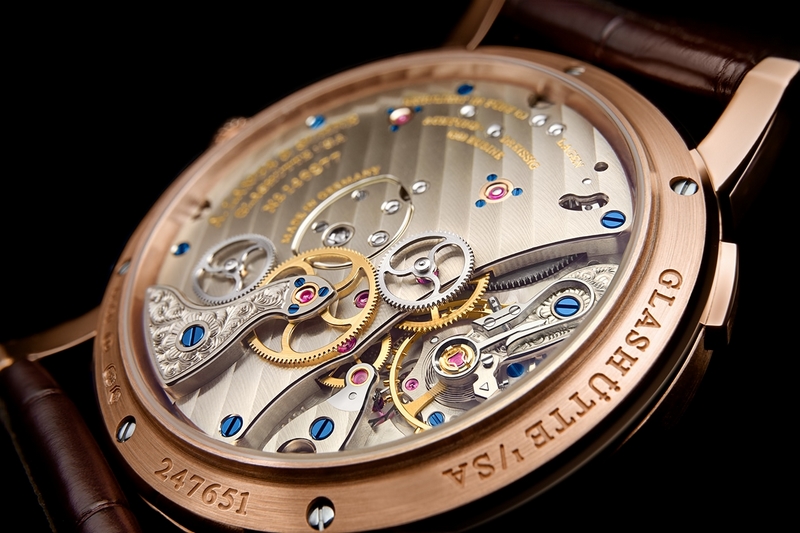 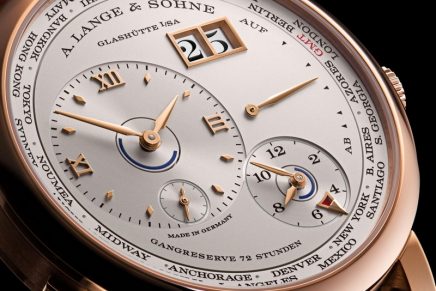 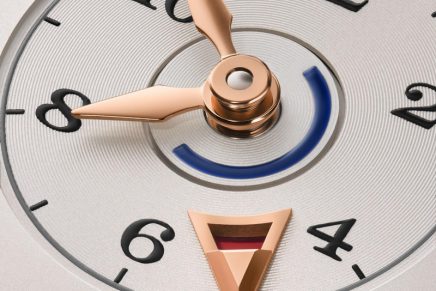 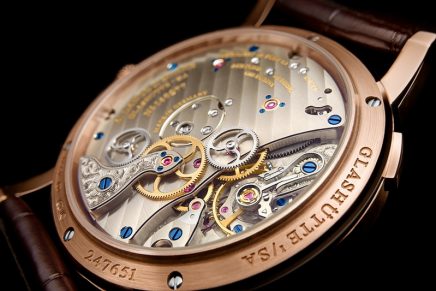 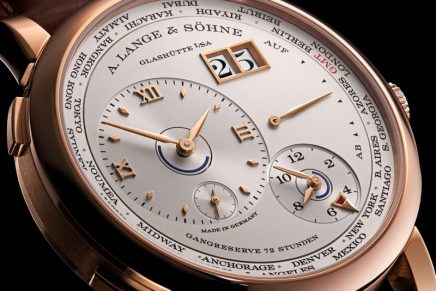 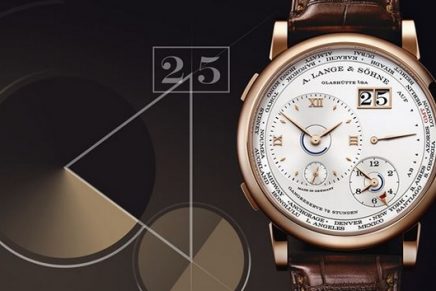