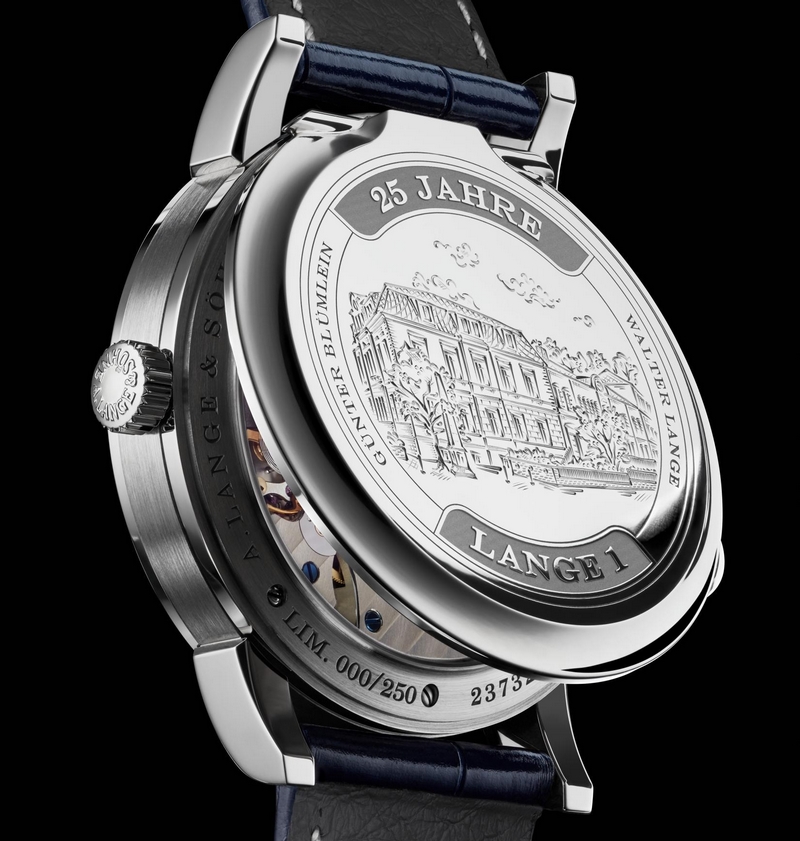 In 2019, A. Lange & Söhne manufacture is celebrating the LANGE 1 with a “25th Anniversary” edition in white gold. Its special features include an argenté dial with deep-blue printed numerals, blue date numerals, blued steel hands, and a hand-engraved balance cock with blued lines. 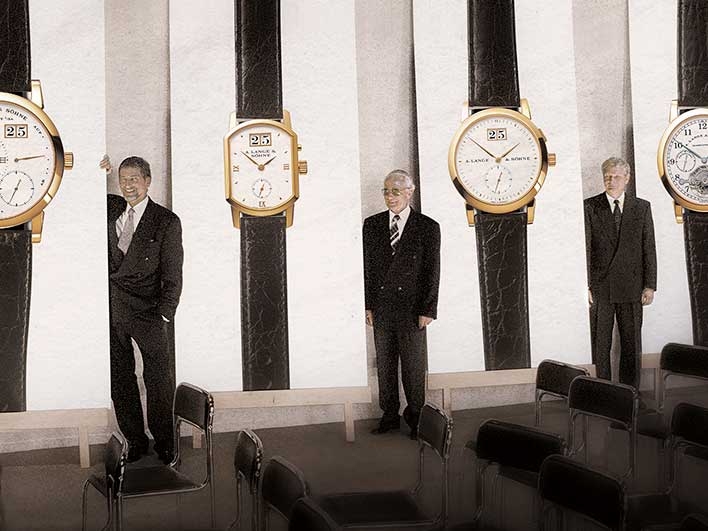 The 24th of October 1994 is the most important date in A. Lange & Söhne’s recent history. It is the day on which company founder Walter Lange and his partner Günter Blümlein presented the first four new-era wristwatches at the Dresden Palace, including the LANGE 1. The asymmetric arrangement of its dial triggered discussions, and its technical facets – such as the outsize date and the twin mainspring barrel – were enthusiastically received.

An outsize date and an asymmetric dial layout paired with a lavishly finished mechanical calibre – in the mid 1990s, this was deemed a provocation by many people. But the unusual design attracted considerable attention and made A. Lange & Söhne famous again overnight.

The LANGE 1 marks the kick-off of the “25th Anniversary” series: it has been crafted virtually unchanged since 1994. Its movement is what reflects its technical evolution. The manually wound calibre L121.1 introduced in 2015 includes a precisely jumping outsize date display and a freely oscillating Lange balance spring. Paired with a large cam-poised balance, it assures superb rate accuracy. The opulently finished movement – as was the case with the first LANGE 1 calibre L901.0 – features a twin mainspring barrel with a power reserve of 72 hours as well as typical Lange quality hallmarks. Noteworthy elements are the three-quarter plate made of untreated German silver, eight screwed gold chatons, and the hand-engraved balance cock. It exhibits a very special engraving: the outsize date with a “25” that symbolises the 25th anniversary. The manually executed lines of the new engraving pattern are blued for the first time and thus stand out with a particularly rich contrast.

The A. Lange & Söhne LANGE 1 “25th Anniversary”, limited to 250 watches, has another prominent feature: the engraved hinged cuvette crafted from solid white gold. The engraving depicts the Lange headquarters that date back to 1873, the names of Walter Lange and Günter Blümlein, and a relief engraving of the inscription “25 YEARS LANGE 1”.

The A. Lange & Söhne ZeitWerk Date is the newest member of the ZeitWerk family.

A glass ring with printed numerals from 1 to 31 around the dial displays the current date in red. This effect is achieved by a small colour segment beneath the ring which performs exactly one step at midnight.

The special shape of the large time bridge that prominently frames the hour and minute numeral apertures of all ZEITWERK timepieces inhibits the integration of the outsize date that is characteristic for Lange. For this reason, a completely new design approach was needed to integrate a date display. The result is a glass ring date that circles the dial of the new ZEITWERK DATE. 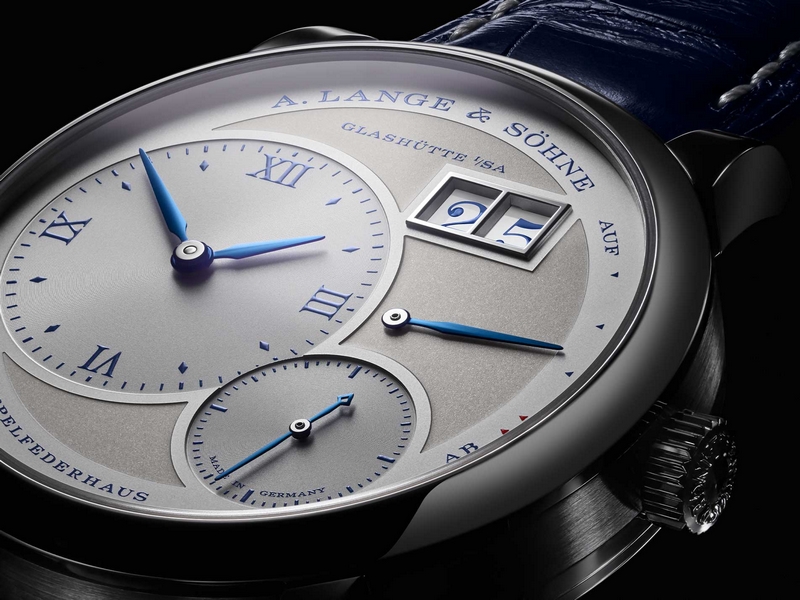 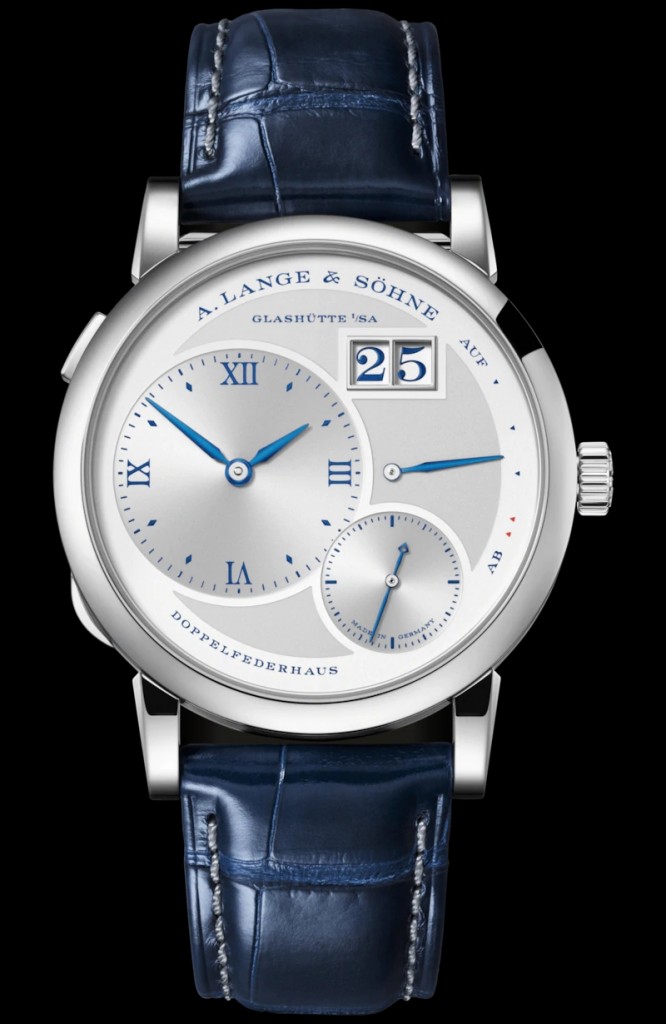 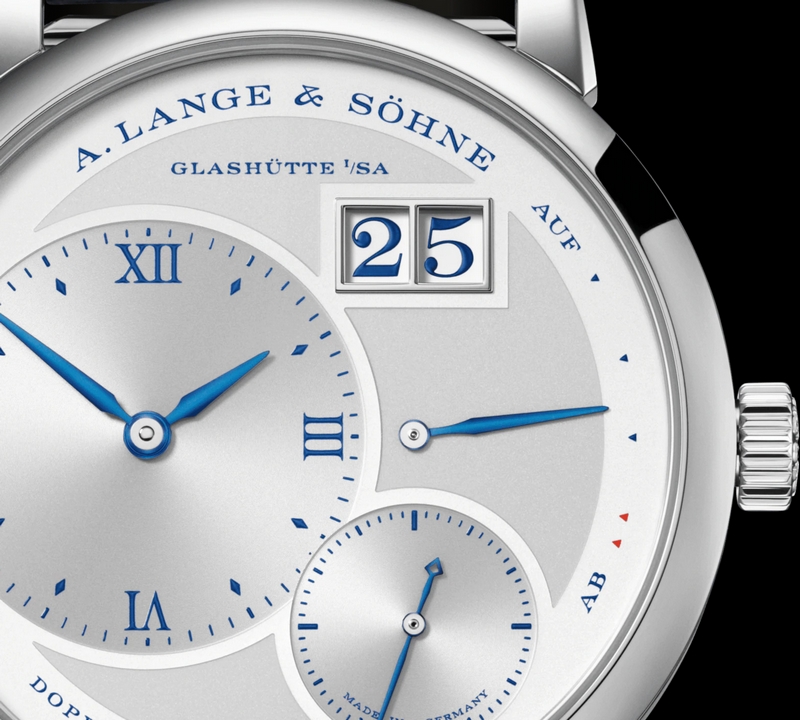 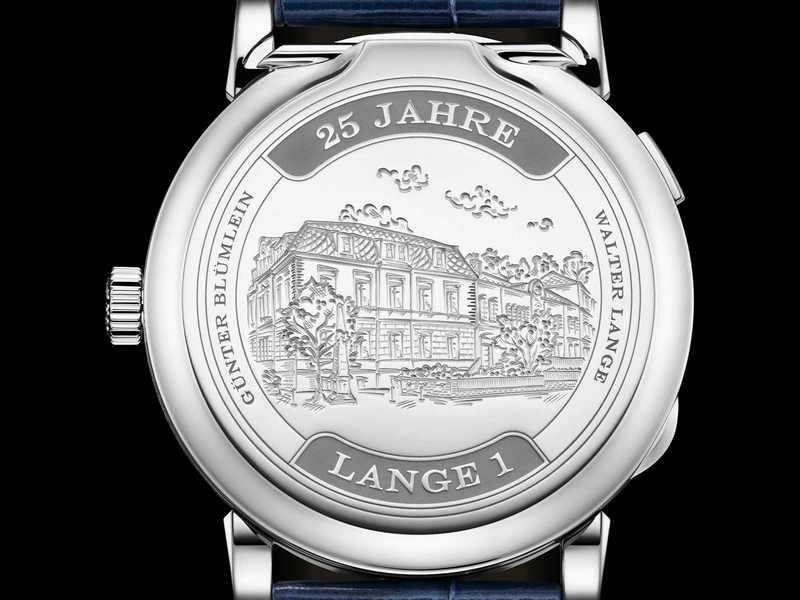 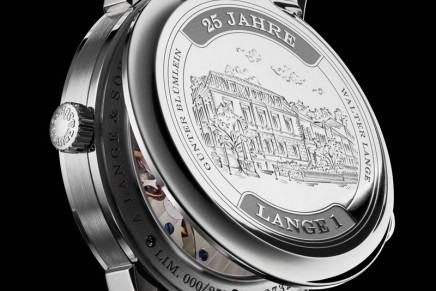 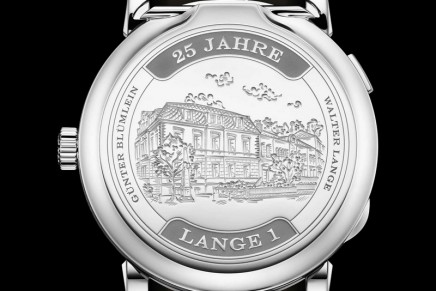 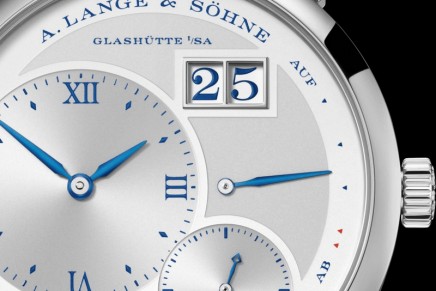 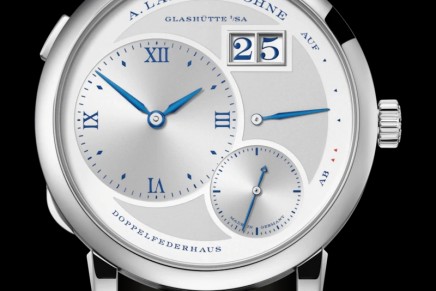 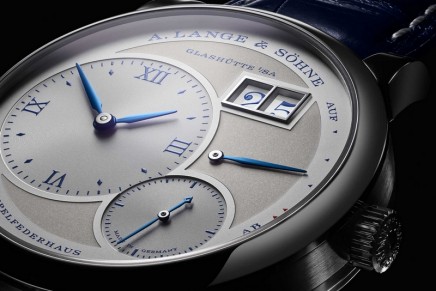 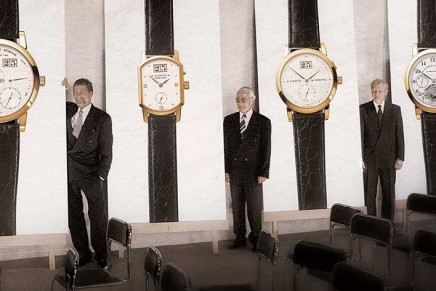