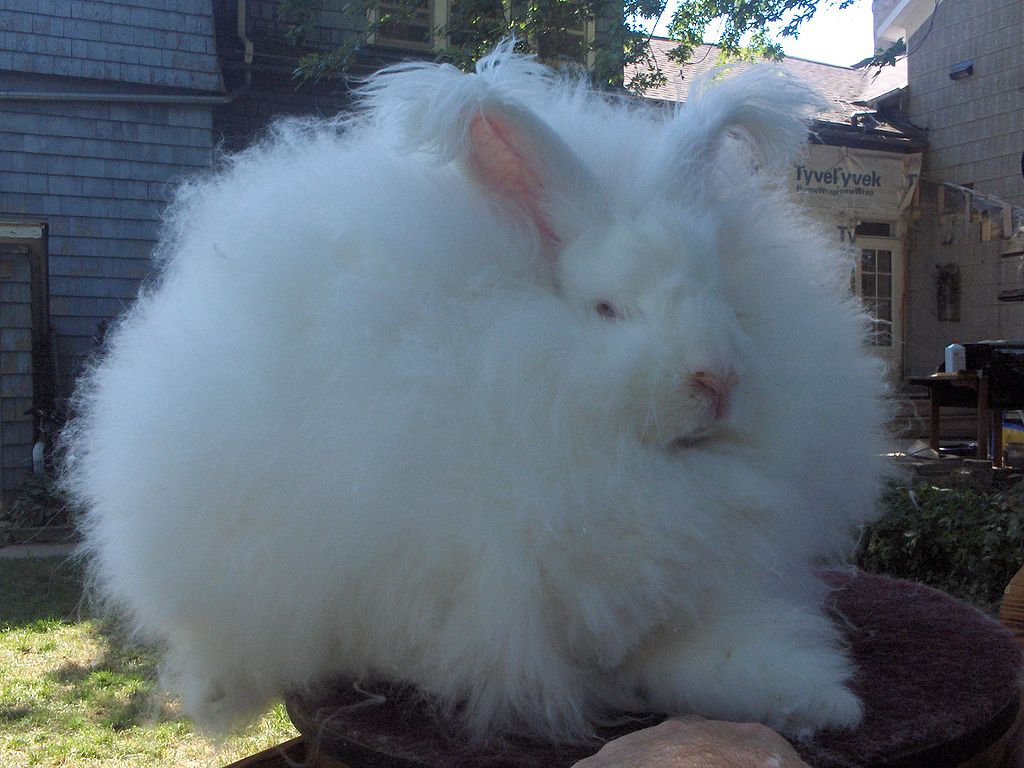 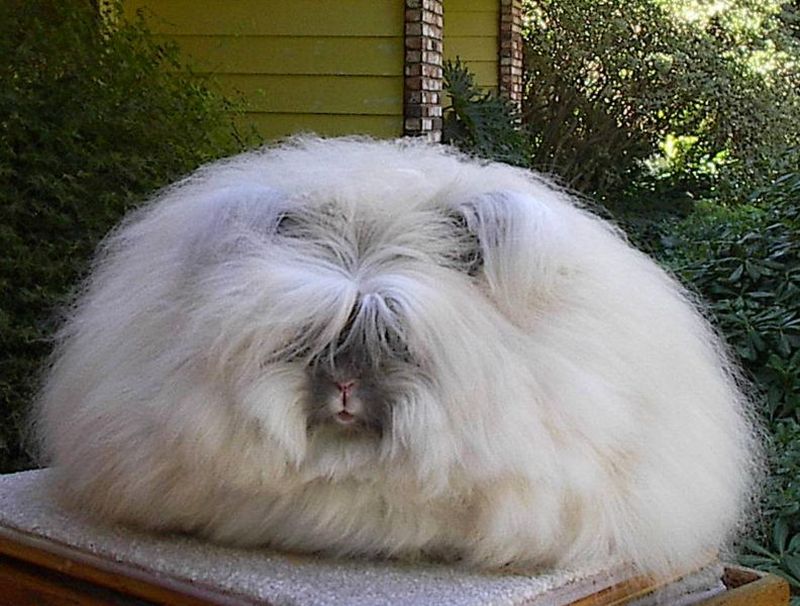 This article titled “A cruelty-free angora fur trade may be incompatible with fast fashion” was written by Tansy Hoskins, for theguardian.com on Tuesday 10th December 2013 14.45 UTC

Angora is a luxury fibre produced by long-haired Angora rabbits. Once a thriving worldwide industry, its production and spinning is now concentrated in China. Some 4,700 tons are produced each year according to the International Wool Textile Organization, 90% of this in China, a country with nothing in the way of legislation to protect farmed animals.

From farms to spinning mills, the growing domination of cheap Chinese angora production has all but wiped out the UK industry. Tess O’Connor kept angora rabbits for over 40 years, but describes how many breeders are stopping because of feed costs and cheap imports.

In the UK’s specialised cottage industry, rabbits generally have their fur clipped with scissors every three months and extra fibre is combed out inbetween. They usually produce less than 1lb of fur each year but for owners like O’Connor, the rabbit’s welfare took priority and “if they didn’t produce enough it didn’t matter”.

In the fashion industry a rabbit is a commodity and the focus for farms and retailers is keeping production costs low and to maximise profits. High demand for cheap fibre coupled with a lack of legislation governing how it can be produced has appalling consequences for the 50m angora rabbits industrially farmed across China.

Footage shot secretly (warning: graphic content) by People for the Ethical Treatment of Animals (PETA) shows live rabbits tied by their front and back paws being plucked raw. Hair is ripped from their bodies to ensure fibres are as long and heavy as possible – the pain and shock of which causes the rabbits to scream. The rabbits are put back into cramped wire cages to grow their hair back ready for plucking again. After three years the rabbits have their throats cut.

The outcry over the PETA footage has led several high profile brands to suspend production of angora products. H&M, Espirit, C&A and New Look are among those who have halted production. This is not a permanent situation nor an admission that brands have done anything wrong by buying up cheap industrially produced angora. Under its product policy, H&M states it only accepts products made of angora rabbit hair from farms with good animal husbandry, and that plucking is not acceptable.

Kathy Guillermo, senior vice president of PETA in the USA, says that PETA filmed in 10 different farms in two different provinces in China. “If we can say nearly all of the angora comes from China, and these horrible conditions that we documented are the standard for the industry, it’s very likely that’s where H&M and everyone else’s angora is coming from.” Elin Hallerby, press officer at H&M, says the company is “accelerating further inspections of our sub-suppliers to ensure compliance with our policy. We are doing extra controls now.”

Before angora reaches retailers, it passes through the hands of brokers; tracing its source means tracking the fibre back through two or three stages. It’s not easy, but the information is there for those who put in the time and effort. If an NGO such as PETA can accomplish this then what’s stopping multi-billion pound corporations?

“I think we care about it”, says Guillermo. “I don’t think these companies necessarily have the same motivation that we do. If they’re not going to track backwards themselves then they do need to [know] what we document.”

H&M says it has a “good” relationship and is in “continuous and close dialogue” with PETA. PETA agrees but says it has no intention of helping brands shop around for angora. “Our goal isn’t to help them find a more humane method because we don’t think there is one,” explains Guillermo.

In the UK many breeders would like to revitalise British angora so that Chinese factory farming is not the only option. Yet creating a niche infant industry of farms and mills would be an arduous process. According to James Meadway, senior economist at the New Economics Foundation, it would require “protection for the industry through import controls, subsidies for producers, and most importantly access to cheap credit for those looking to set up and run businesses”. This kind of reindustrialisation is unlikely, primarily because “total and complete opposition to anything like this has been a watchword of UK governments for 30 years”.

Harvesting angora without harming rabbits is a slow labour of love incompatible with industrial capitalism. In this sense it should be a scarce fabric, rather than something cheaply produced. Britain does at least have animal rights legislation, yet there is no reason to believe that if mass production shifted here it would be cruelty free.

“The cruelty is imposed by profit, not some innate Chinese characteristic,” states Meadway. “Once you start believing that everything can be reduced to a commodity and turned into a source of profit, you remove any duty of care.”