A performance yacht with not only power but also sophistication is what makes Amore Mio so special and sets her apart from every other sportster. The motto is simple: power with comfort. 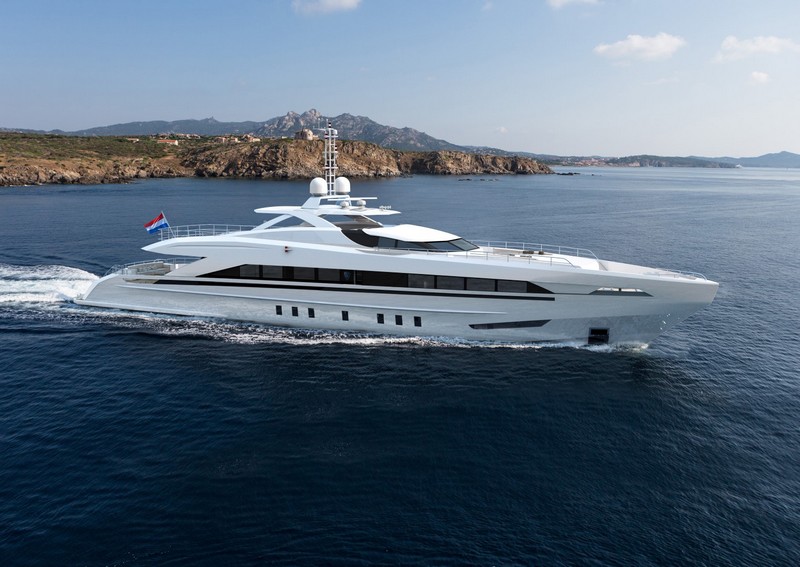 Heesen Yachts announced the YN 17145, 45m semi-displacement all-aluminium motor yacht now christened M/Y Amore Mio. The new
vessel is the largest and most powerful sports yacht ever built in the Netherlands. Her sleek, 45-metre aluminium hull, powered by two MTU 16V diesel engines, will slice through the sea at a top speed of 30 knots.

“The solidity and integrity of the semi-displacement aluminium hull, designed by Heesen in-house naval architects, provide both rapid acceleration and smooth power, so owners and guests arrive at their destination stirred but not shaken. With a range of 2.750nm Amore Mio can cross the Mediterranean with ease, or cruise the entire length of the Caribbean from St. Barths to Grenada stopping at as many islands as the owner chooses and on only one tank of fuel,” says Heesen Yachts team. 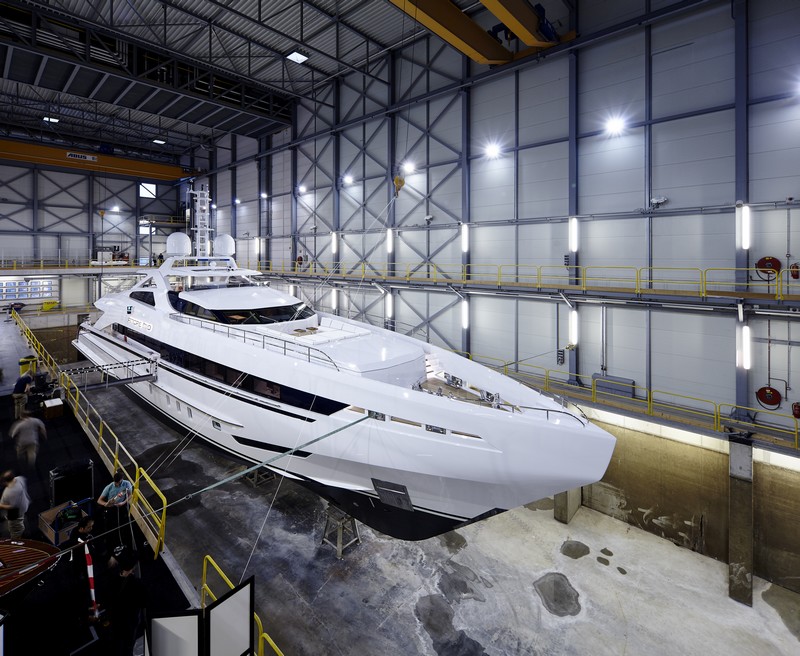 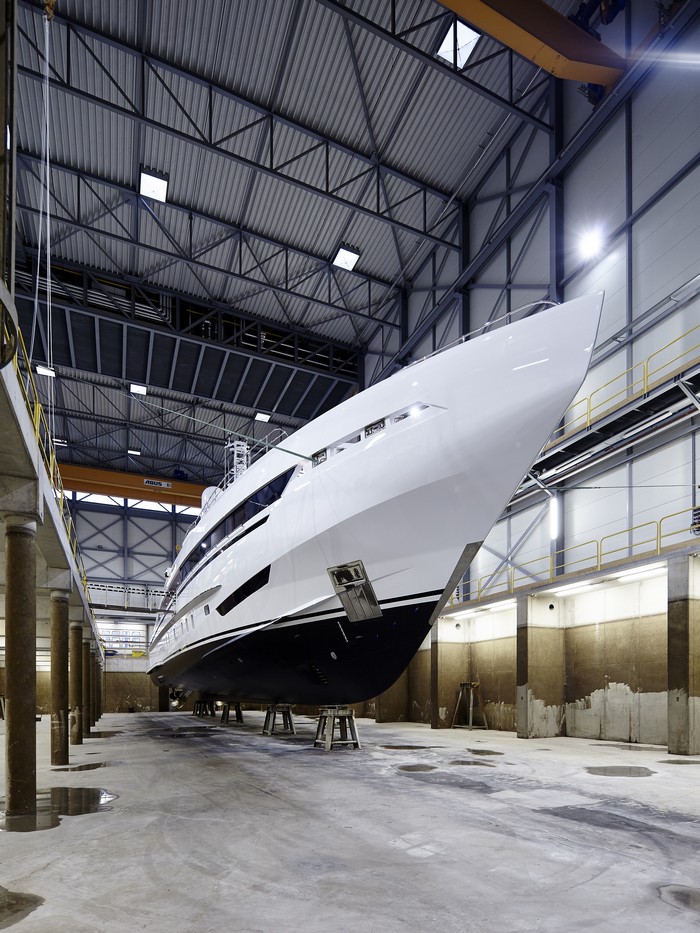 Amore Mio sports a unique and ingenious MOB Rapid Reaction System, specially developed by her build captain. In case of man overboard, multiple buttons have been placed around the vessel that, when pressed, will instantly open concealed hatches dropping high-visibility inflatable life rings in the water to both mark the position of the MOB and also serve as a flotation aid. Simultaneously, alarms on the bridge and in the crew areas are sounded, and the location is recorded in the vessel’s chart plotter program. The MOB Rapid Reaction System could be a critical time saver in the rescue chain of events, particularly important for high-speed yachts running at night.

A notable example of the design details is the use of flamed American walnut, open grain veneers in book-matched style in the furniture and tabletops. All the doors have a precious inlaid sculpted and lacquered panel that gives them a distinctive character and the stone used on board comes from the same block of breccia perlato, a limestone that incorporates many organic elements such as shells and other fossils.

The fabrics on board Amore Mio are by Loro Piana who – encouraged by Cristiano Gatto – developed a special textile for marine use that is used throughout the yacht. 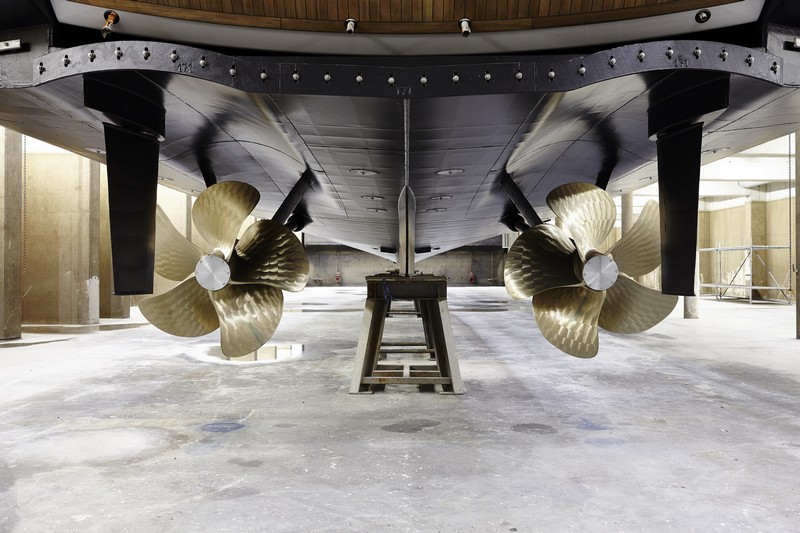 The main saloon integrates the staircase into the lounge for heightened effect. Floating treads of walnut are supported by polished steel columns and sanded glass that reflects light across the entire room. Judging by the contemporary style of the saloon, it is hard to fathom that this is the lounge on a 30-knot sports yacht. Built to Heesen’s award-winning standards, Amore Mio’s performance makes no compromise on comfort or quality of construction.

Ten guests will be accommodated in five staterooms all with en-suite bathrooms. The master suite is traditionally located on the main deck forward, and features a relaxation corner with a large built-in, curved sofa on the starboard side, and vanity table on the port side. The bathroom is equipped with a large marble-lined shower stall. The remaining guest cabins, two twins and two double cabins, are located on the lower deck.

A 5.9m Boesch mahogany tender will be housed in the garage and launched thanks to the Heesen traditional Teflon slide, which saves considerable head room. 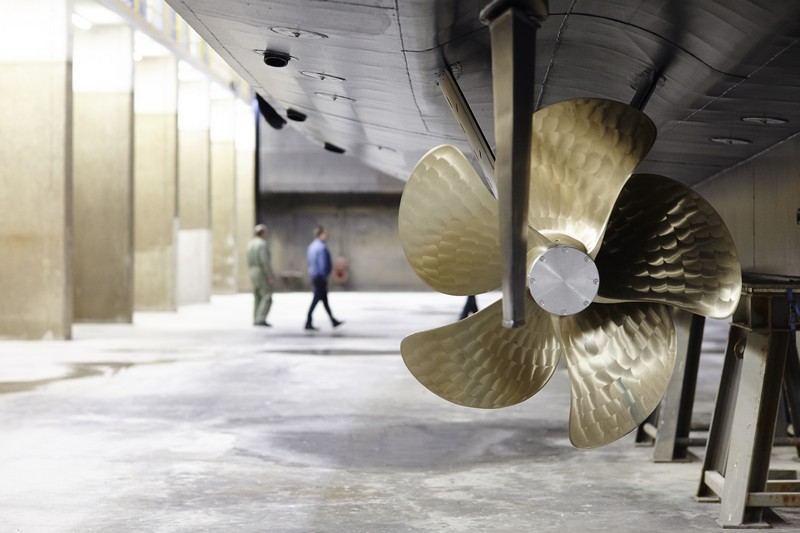 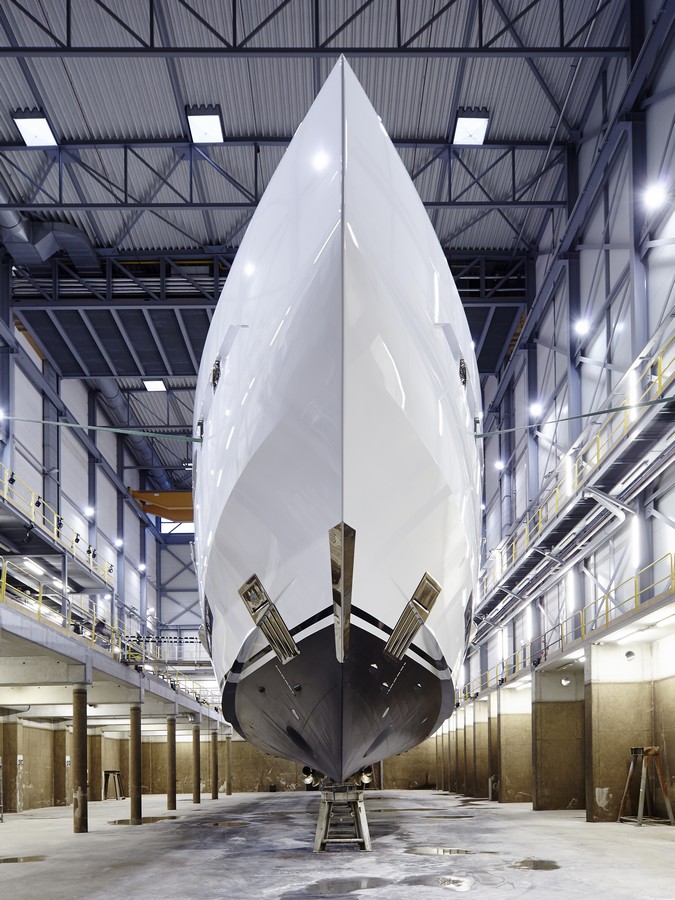 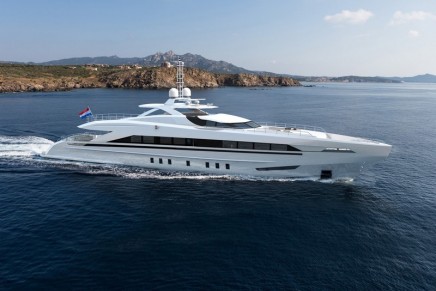 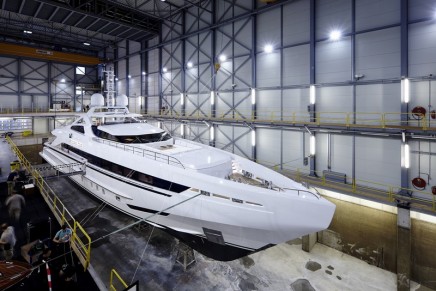 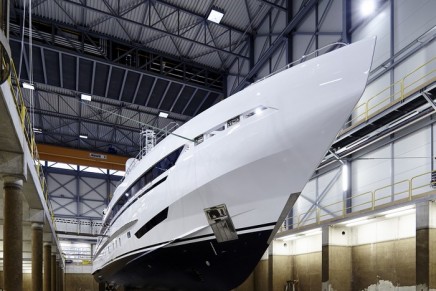 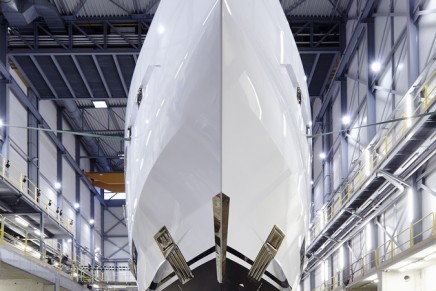 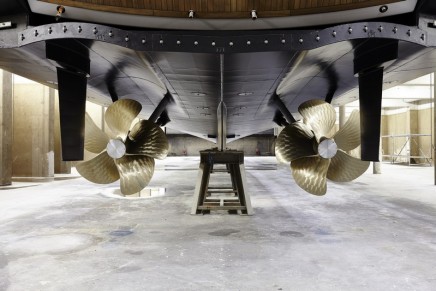 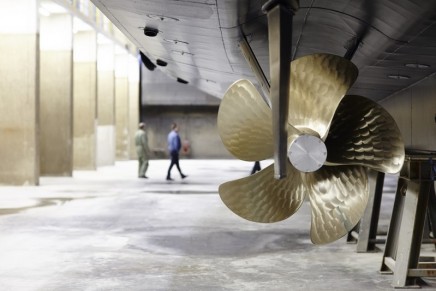