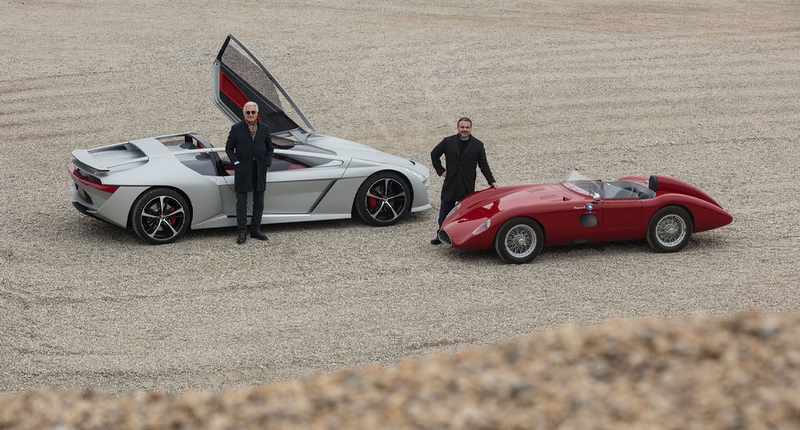 This Spring, Fabrizio and Giorgetto Giugiaro unveiled 3 prototypes in a live streaming mode.

The first 2020 novelty from Giugiaro GFG Style studio is the futuristic VISION 2030 electric all terrain Hyper Car, a zero-emission four-wheel drive prototype, designed for the Saudi Arabian roads, which reveals the eco-friendly cars of the future in its contents.

The first world preview is the evolution of the 2030, which is called VISION 2030 DESERT RAID: the name highlights the architecture and the off-road vocation of a possible four-wheel-drive Grand Touring car, capable of taking on demanding routes with even more ease. An extreme, distinctive, spectacular, zero emission Hyper SUV. Aimed at a sport-oriented and demanding public.

The third novelty, always as a first-world preview, is the BANDINI DORA Barchetta, which is fully electric, 4-wheel drive, powered by 2 electric motors with a total of 400 Kw on its two axles. A hedonistic, open, two-seater car, designed for outdoor leisure, a quintessential of sports cars manufactured by Bandini in the 50’s. 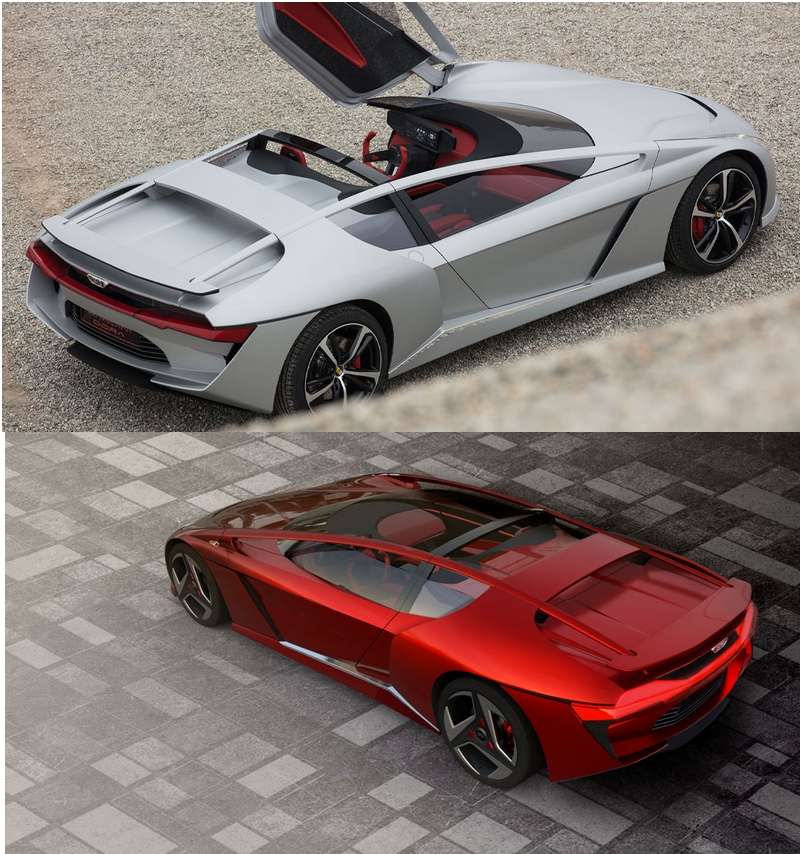 BANDINI DORA: In the Giugiaros’ opinion, it is the Barchetta of 2020.

“Today it is difficult to conceive a Barchetta without considering the evolution there has been in the car concerning safety” – says Giugiaro. “Inspired by the Halo of Formula 1, we thought about creating a car that had a clean windshield as it used to be used with no reinforcements, thus being as linear and light as possible. To solve this need, I thought of an out-an-out superstructure that would integrate into the style with an accentuated structural and protective function for both the driver and passenger”.

Modern style, long but unique in its shape, given the characteristic of the protection/pillars, very large headlights that define a very long bonnet, a roll bar that becomes a spoiler, inserting itself into the sides with a play on sharp and smooth shapes, according to aerodynamic needs. 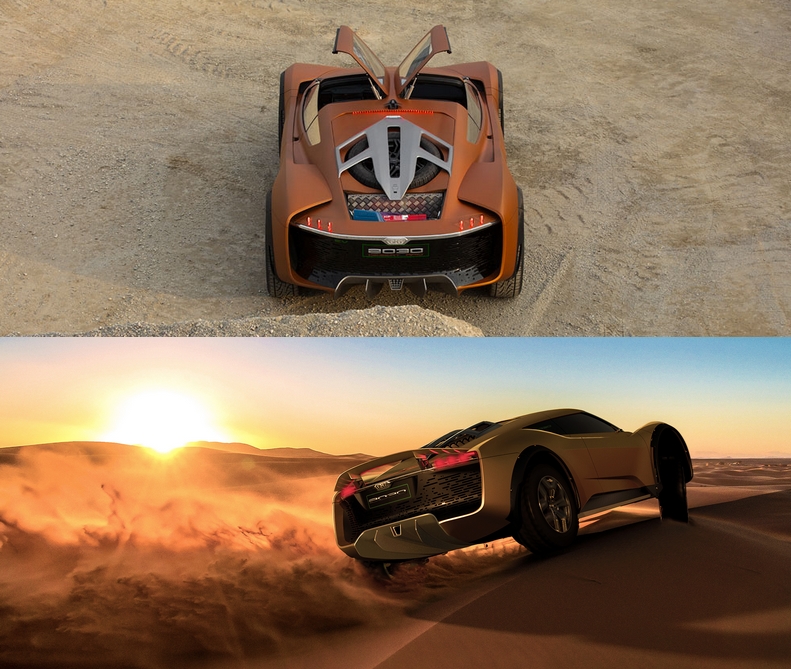 Created to underline the true capacity of this project: not to become a Hyper Car but a Hyper SUV. It is designed for off-road use, and if the original 2030 from which it derives has multiple settings, capable of moving at high performance speeds anywhere and on any terrain, this extreme revolution was created to perform mainly off-road, so it is very high off the ground. A two-seater inspired and aimed at great fun rides in the desert, hence its name. 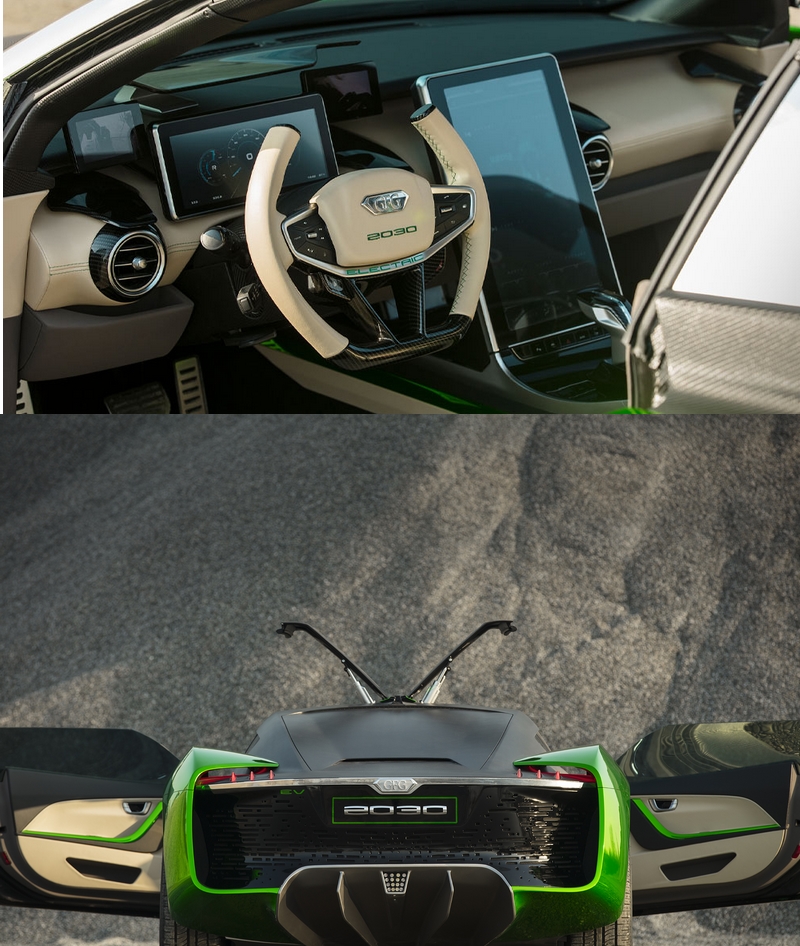 The features of the Hyper Car All Terrain 2030 by designers Giorgetto and Fabrizio Giugiaro are manifold and derive primarily from the territory of the State of Saudi Arabia to which the project is dedicated.

The Vision “2030” is an all-terrain, 2-seater, 4-wheel drive car, able to take on any type of terrain, with the same boldness that enlivens the projects of Saudi Arabia, the home of oil, but with the courage and foresight to invest in electric cars and renewable energy.

An essential point of designing the “2030” is the study of wheels and suspension systems, as Giugiaro explains: «these two elements dictated the initial shapes of the “2030”, evolved and differentiated from the Kangaroo, our concept car is attributable to the same inspiring principles» – continues the designer – «despite having decidedly large wheels with 22-inch rims, we have managed to maintain a streamlined and sporty silhouette for the “2030”, designing a car body that is as innovative as possible due to its to-tone effect, given by the materials of the carbon body and aluminium sides». 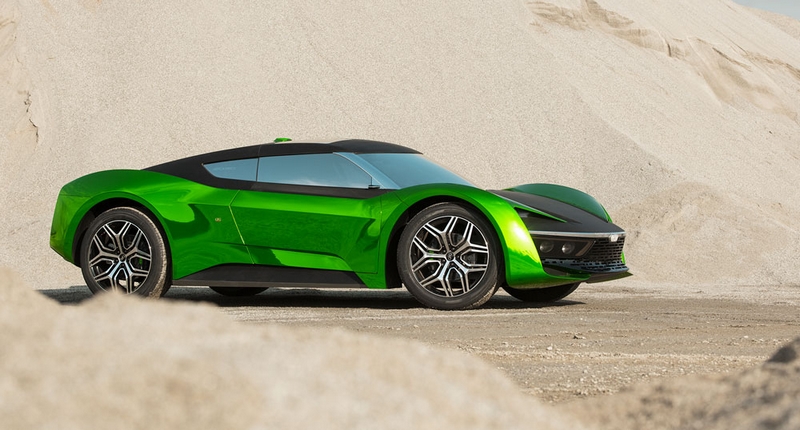 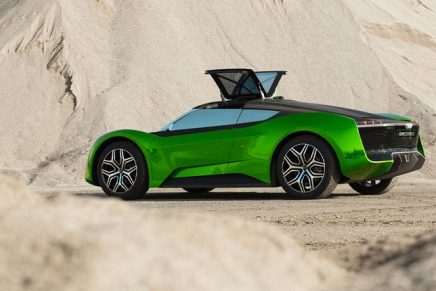 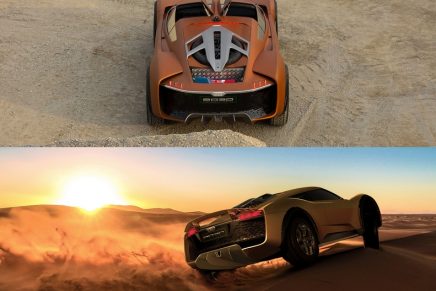 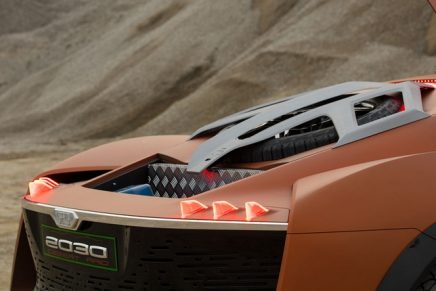 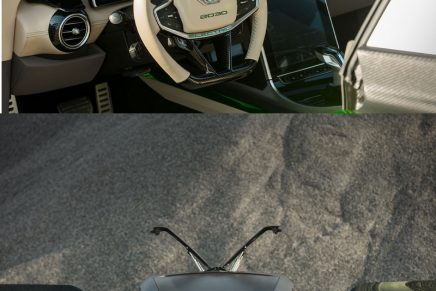 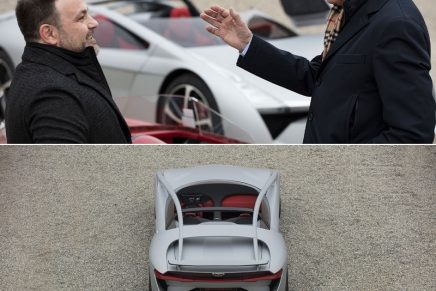 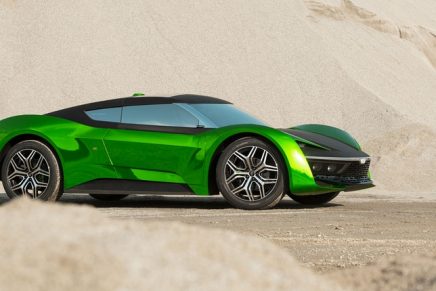 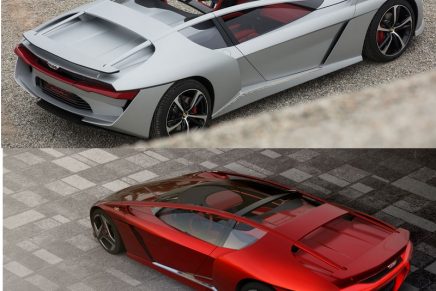 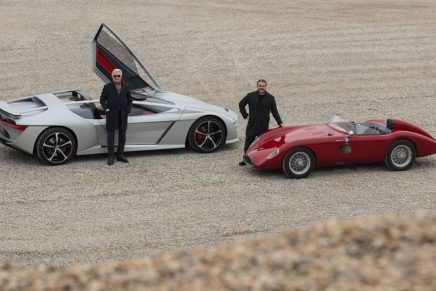