Maison Hermès at 2018 SIHH.
The Maison Hermès is presenting a new vision of time at the Salon International de la Haute Horlogerie (SIHH) in Geneva from January 15th to 19th 2018. 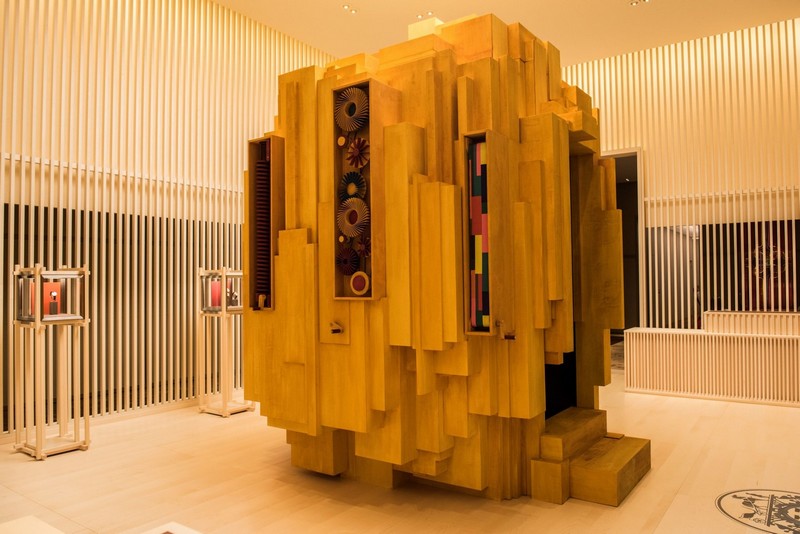 At Hermès, time is also an object. Over and above technical performances which seek to measure, order and control time, Hermès dares to explore another time during SIHH 2018 with a pavilion once again accentuating the Hermes approach to time. Examples of pusher- activated kinetic art, nine watch displays invite visitors to play with Hermes time.

At the heart of the Hermes pavilion sits an immersive installation created by the artist Levi Van Veluw highlighting the flagship watch of the show, the Carre H. timepiece. The Carre H. A square-shaped watch by Marc Berthier expresses a new geometry and plays on references to measuring instruments.

Hermès Arceau Casaque watch becomes an equestrian arena. The champleve and lacquer techniques echo the four colours of the horsehead pawns on a classic French children’s board game.The Saint-Louis crystal dial of the Hermès Arceau Pocket Millefiori watch reproduces the alligator scale motif, in an about-turn game with the case-back covered in this precious leather. 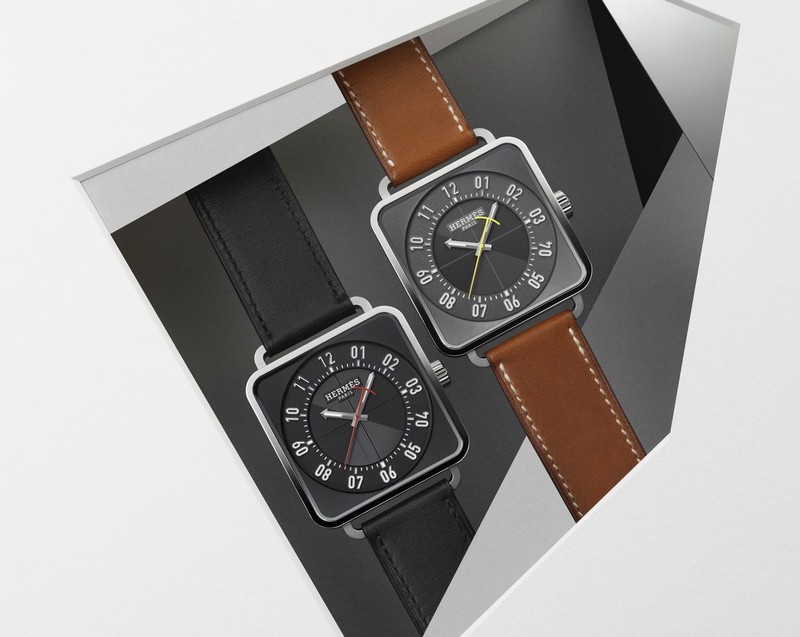 The RDAI interior architecture firm has designed for Hermès a warm, sophisticated, contemporary setting. The furniture offers a unique journey on which sound, colour and light promotes serenity. Visitors are welcomed by a vast atrium with maplewood screens. Each watch is revealed in a glass cube. More private spaces, spread out like a second skin, enable personalised discussions introducing the various models composing the collection. An enclosed theatre, in which the tiers are covered in Hermès fabric, is designed for press conferences and presentations.

Visitors activate little mechanisms which, via a set of pistons and gears, bring to life a spectacular monolith in the centre of the atrium. A building machine offering everyone a timeless experience, an emotion-filled journey on the theme of “time, a Hermès object”.

“We want to awaken a playful relationship with time through an object that is true to its function”, explained Pierre-Alexis Dumas, Hermès Artistic Director. “We create timepieces stemming from the mastery of numerous skills and reflecting a serene perspective on time.” 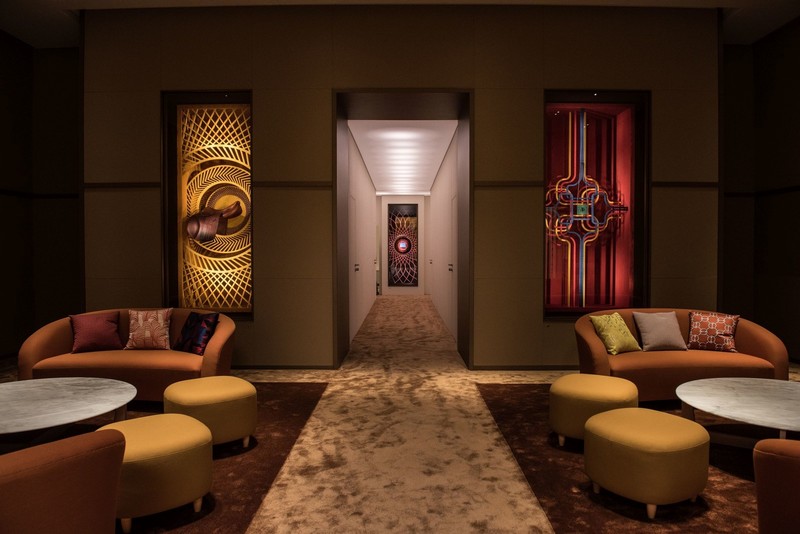 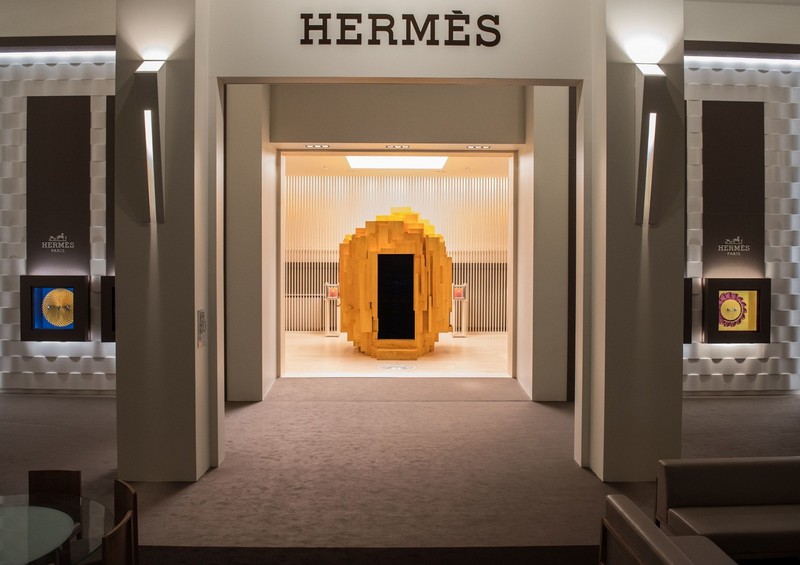 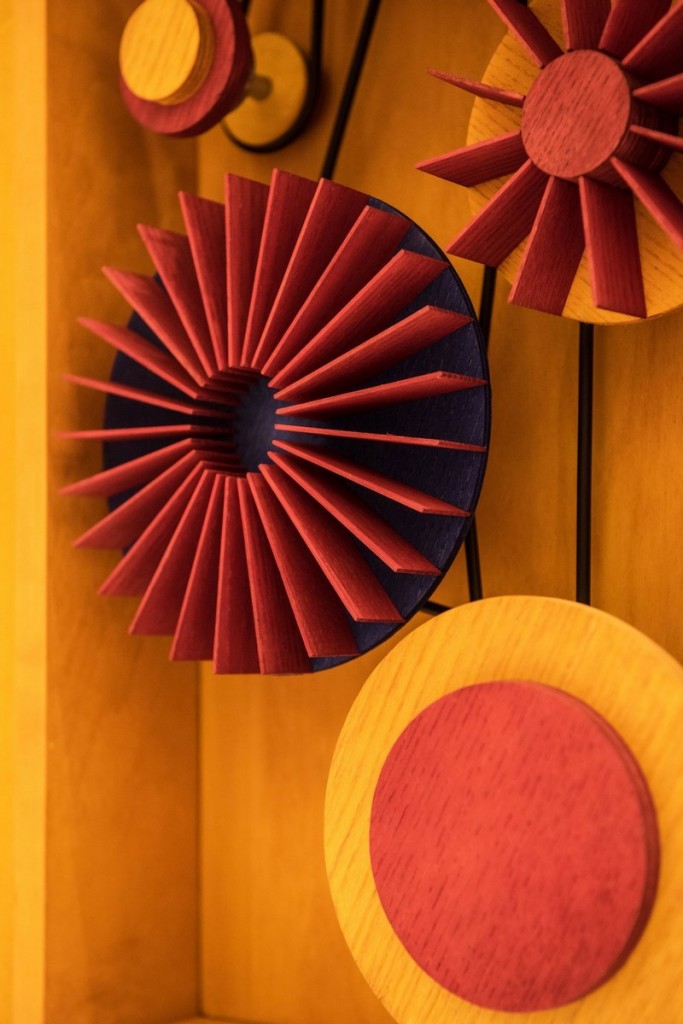 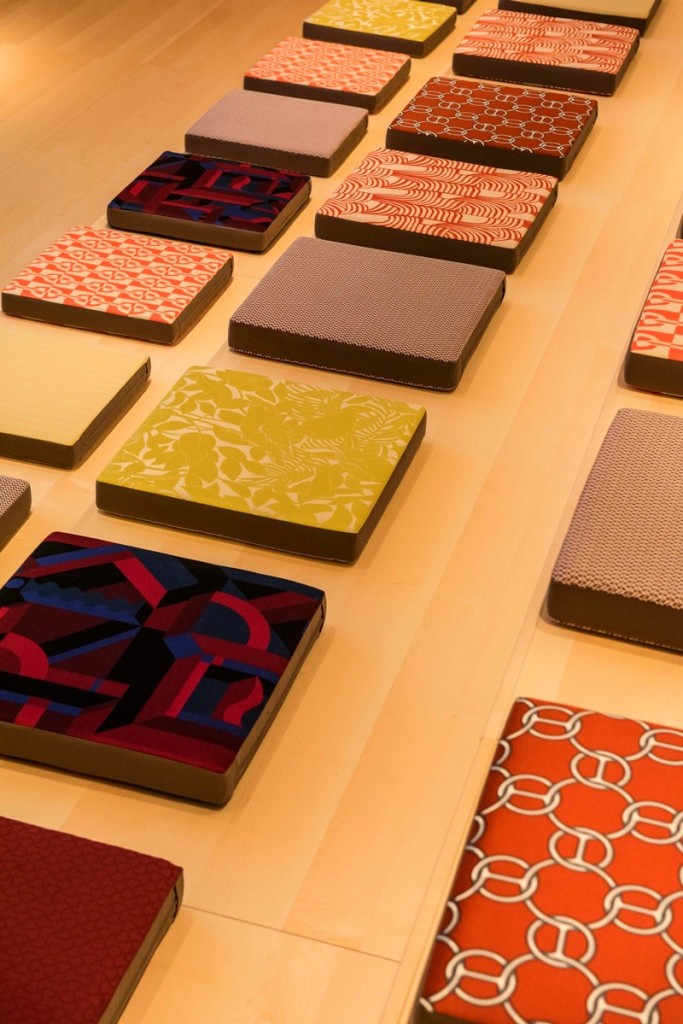 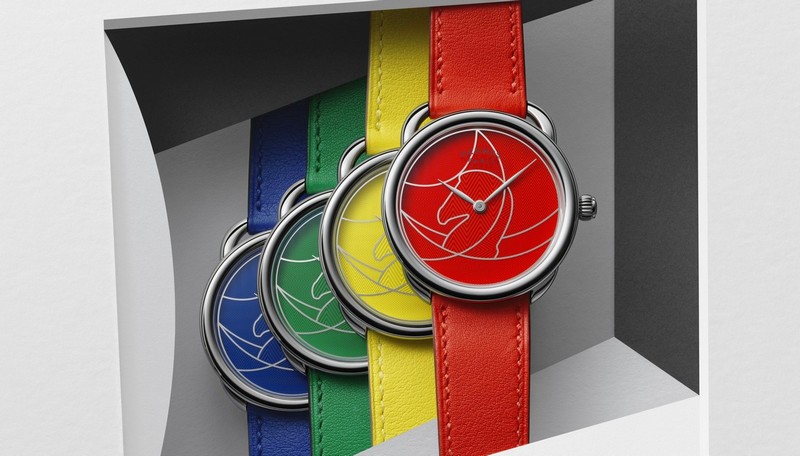 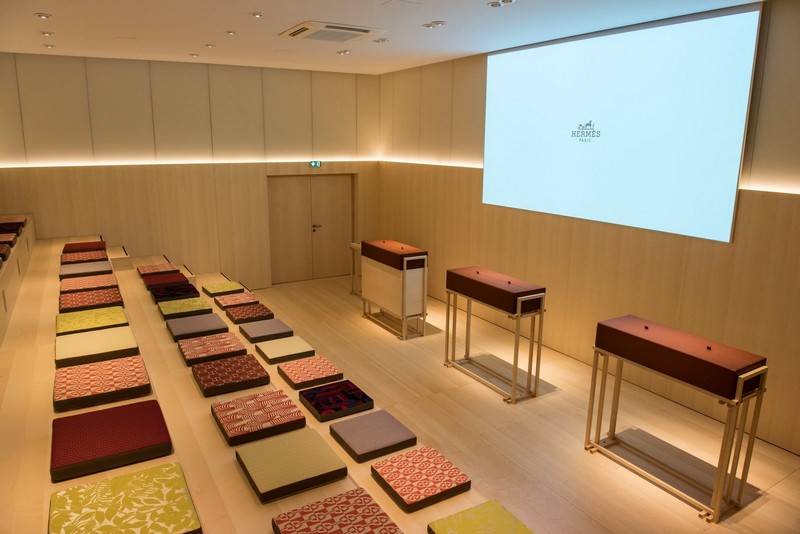 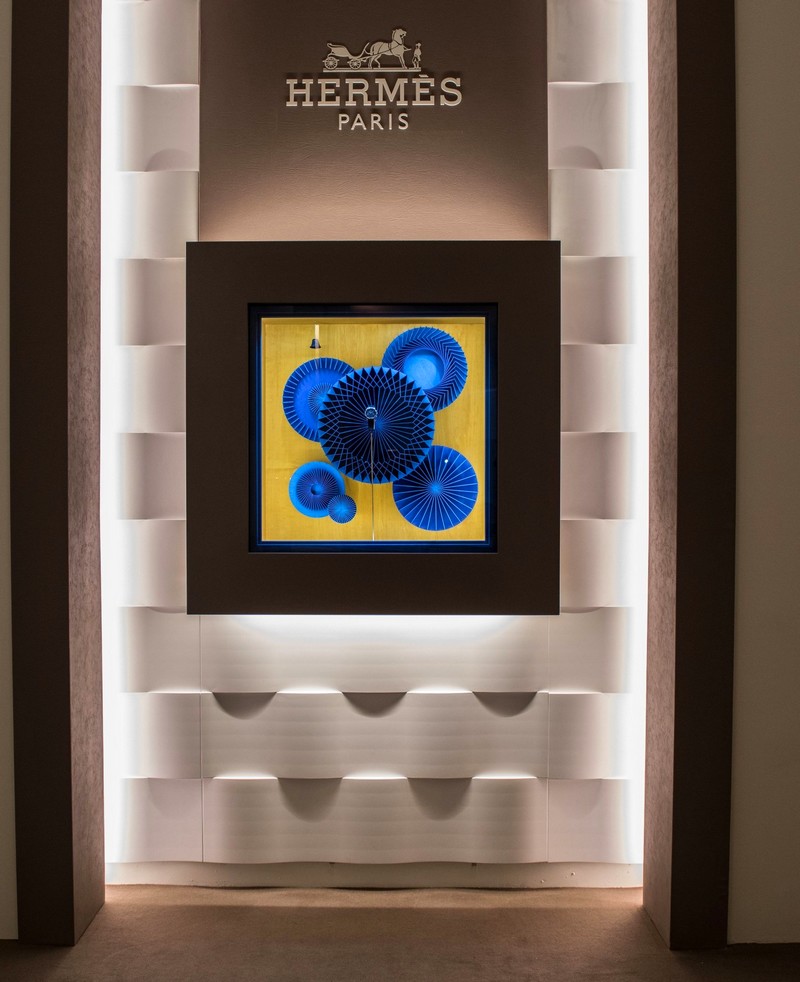 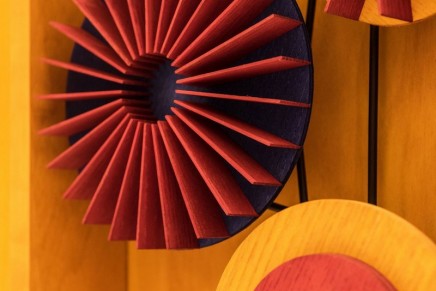 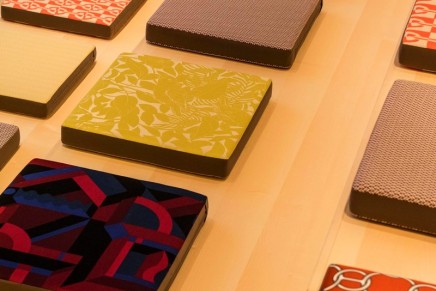 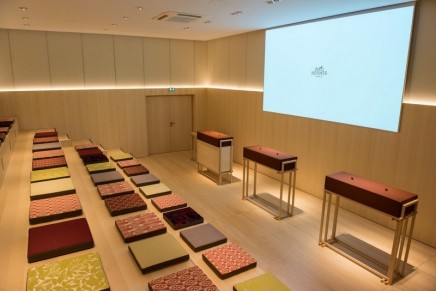 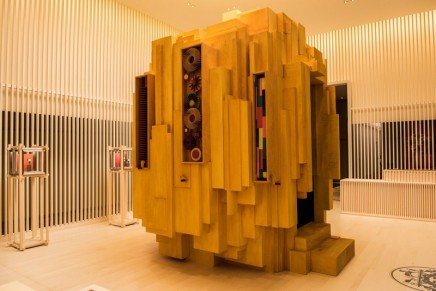 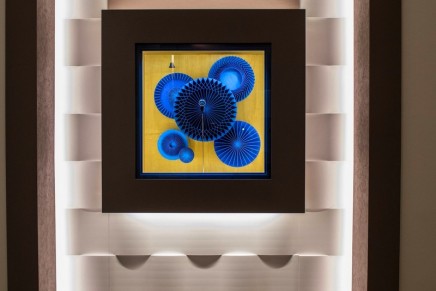 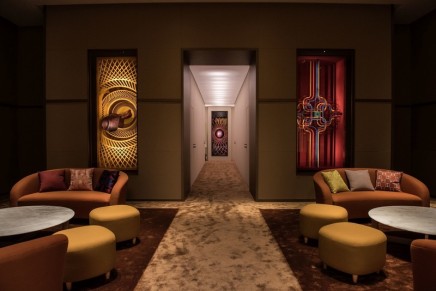 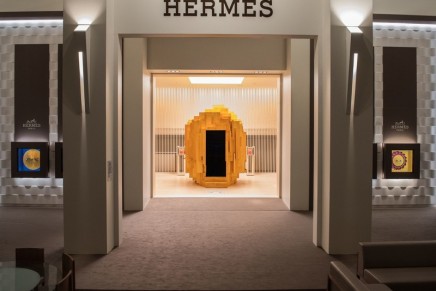 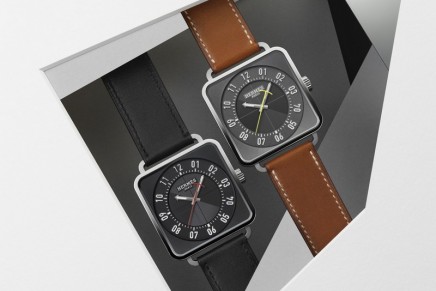 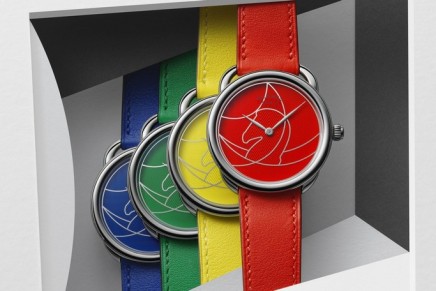