Friends of the Earth releases 2012 Cruise Ship Report Card
Cruise sewage: What goes in must come out. 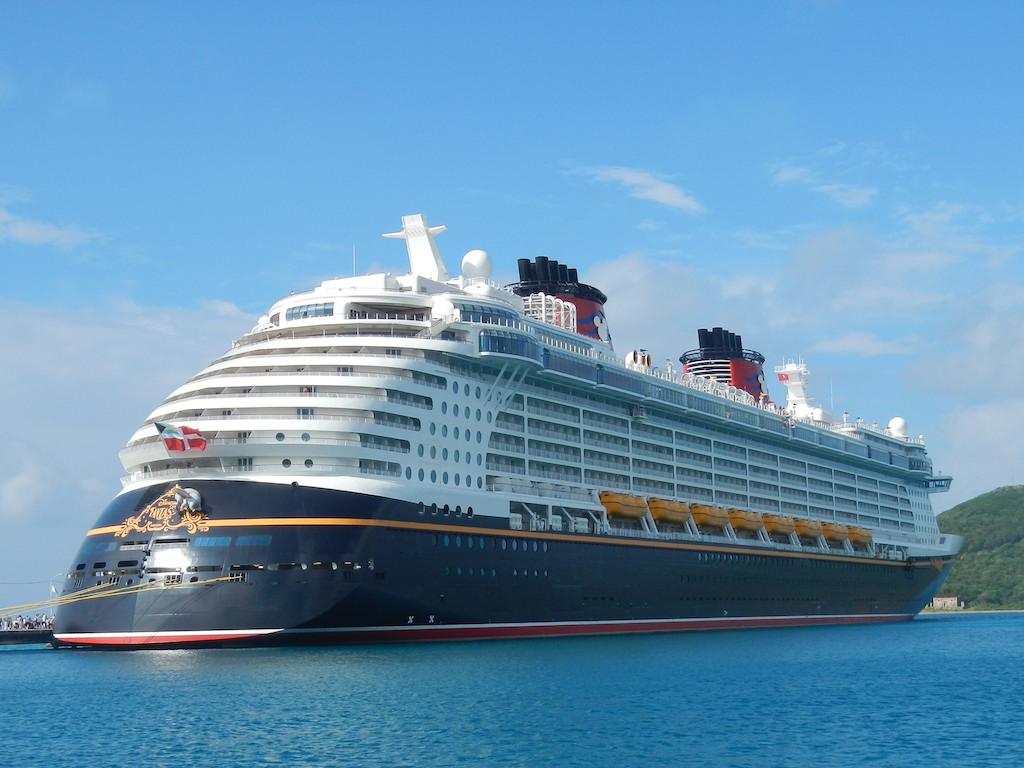 The enormous amounts of food and drink consumed on cruise ships, along with water from laundry, pool, medical facilities, photo labs, spas, and dry cleaning stations, has to go somewhere. At sea, what you flush down the toilet can actually be dumped untreated into the ocean to contaminate fish and other marine life, so long as the ship is at least three nautical miles from shore.

Environmental organization Friends of the Earth released the 2012 edition of its Cruise Ship Report Card today, documenting the environmental footprint of the cruise industry and its many ships — 15 cruise lines and the 148 ships operated by the lines were graded.

Millions of Americans take cruise vacations every year. Yet, most travelers don’t realize that taking a cruise is more harmful to the environment and human health than many other forms of travel. The 2012 Cruise Ship Report Card lets vacationers decide which cruise to take based on a cruise ship or cruise line’s environmental and human health impacts.

The report card, last released in 2010, shows a continued lack of effort on behalf of many cruise lines to pursue ways to reduce their air and water pollution impact on the places passengers take cruises to see and the communities that host cruise ships.

Disney Cruise Line’s grade of ‘A-‘ puts it in the “most improved” category again — this time leading the competition at the top of the report card. Disney’s efforts to reduce its air emissions brought it up from a ‘C-‘ in 2010. Disney joins five other lines that managed to improve their environmental impact grades in the past two years.

However, the report card reveals that many of the lines represent a stagnating trend of environmental responsibility within the industry. This year, three lines were stamped with an ‘F’ grade, two of which were new to the list. More than half of the ships graded in 2010 have not improved in any significant way.

“Carnival Cruise Lines, a company with the largest fleet of ships in the world with 24 vessels, and whose parent, Carnival Corporation, also owns several other companies on the report card, actually improved from an ‘F’ in 2010 to a ‘D+’ this year,” said Marcie Keever, oceans and vessels project director at Friends of the Earth and author of the report card. “However, Carnival’s grade improved due to its single ship operating in Alaska and its installation of shorepower on two of its ships. Imagine if Carnival implemented these changes across its entire fleet.”

Though six cruise lines improved their rankings from 2010 and no lines lost ground, air pollution reduction remains an enormous oversight in the cruise industry. Ten of the 15 lines reviewed received an ‘F’ in that category. Of those six, only Disney and Princess Cruises had any significant improvement.

“For the third time, Friends of the Earth has found that many cruise lines are still not doing enough to limit the environmental impact of their ships,” continued Keever. “From ending the use of dirty fuel that pollutes the air to stopping the disgusting practice of dumping partially treated sewage and other waste into the sea, it’s time for the cruise industry to clean up its act. The unfortunate reality is that, at present, many cruises harm marine ecosystems and the health of people who live near ports of call.”

“In addition, while some ships and lines have improved, there are cruise lines that refuse to make the necessary upgrades that would protect the ecosystems they travel in and, in fact, actively work to oppose stronger shipping regulations that would protect public health and the environment — like the North American Emission Control Area.” 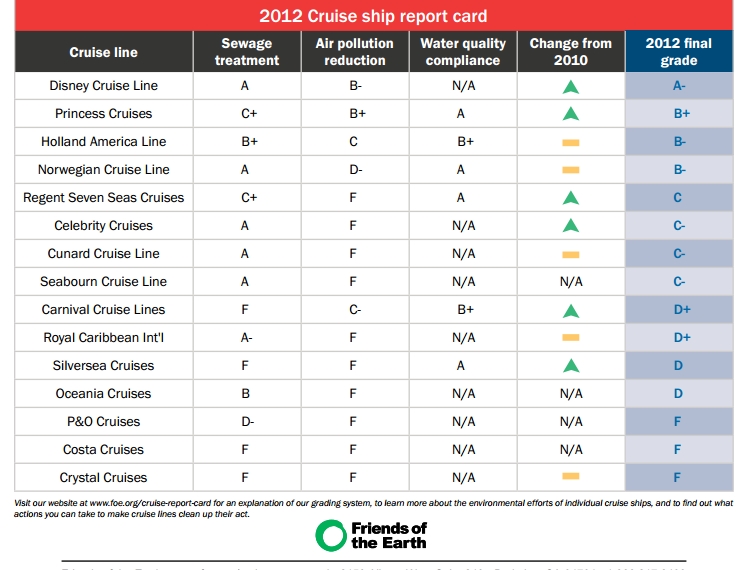