The marriage of art and wine in these unique large format wine bottles is a winning combination that will prove enticing to
wine collectors around the world. 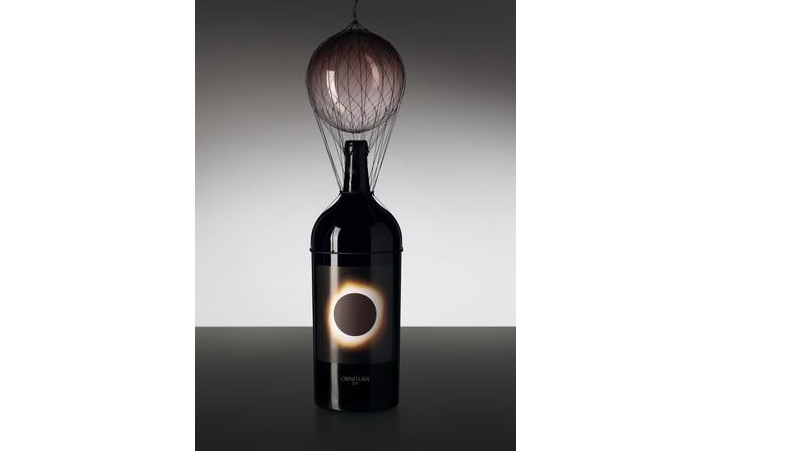 To celebrate the 12th edition of the winery’s Vendemmia d’Artista, Ornellaia invited Tomás Saraceno, the acclaimed Argentinian artist, to interpret the character of the estate’s 2017 wine, “Solare” (Radiant), and personalise a series of 111 large format bottles, in addition to creating a special label available in each case containing six 75cl bottles. Comprising 12 lots, featuring 12 Imperials and the unique 1 of 1 Salmanazar, and a series of experiences, the Sotheby’s wine auction will remain open for bidding until Wednesday 9 September.

With the issue of environmental sustainability close to Ornellia’s heart, the decision to enter a creative partnership with Tomás Saraceno, an artist renowned for his interactive installations that allude to sustainable ways of living, proved to be perfectly aligned. In creating artwork interpreting the radiance of Ornellaia’s 2017 vintage, the artist sought inspiration from the Sun and Earth. His site-specific installation, created for the estate, consists of glass spheres resembling clouds, which form a magical floating city powered by the heat of the sun.

A take on this concept is the sculpture “Pneuma 4.21×105”, a small-scale version of which floats atop the impressive 9-litre Salmanazar, tethered to the neck of the bottle – the prize lot of the wine sale. The large-formats depict various phases of a solar eclipse, and all the labels, including those on the 75cl bottles, are thermochromic, allowing them to change colour with the heat from one’s hand – an interactive solicitation from Saraceno for us to ponder humankind’s impact on the planet.

Every year since the release of Ornellaia 2006 in May 2009, a contemporary artist has created a site-specific work of art and a series of limited-edition labels as part of the Vendemmia d’Artista project. In 2019, Ornellaia announced its support of the Solomon R. Guggenheim Foundation as part of a three-year partnership which will see the expansion of the museum’s innovative programme, ‘Mind’s Eye’, developed by its education department in 2008 to help individuals who are blind or have low vision experience art through all their senses. The final sum raised to support Mind’s Eye through the sale of these exclusive large formats will be announced by Ornellaia after the online auction draws to a close. 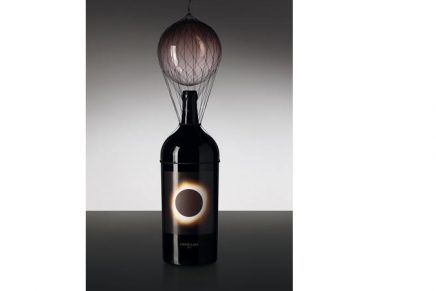