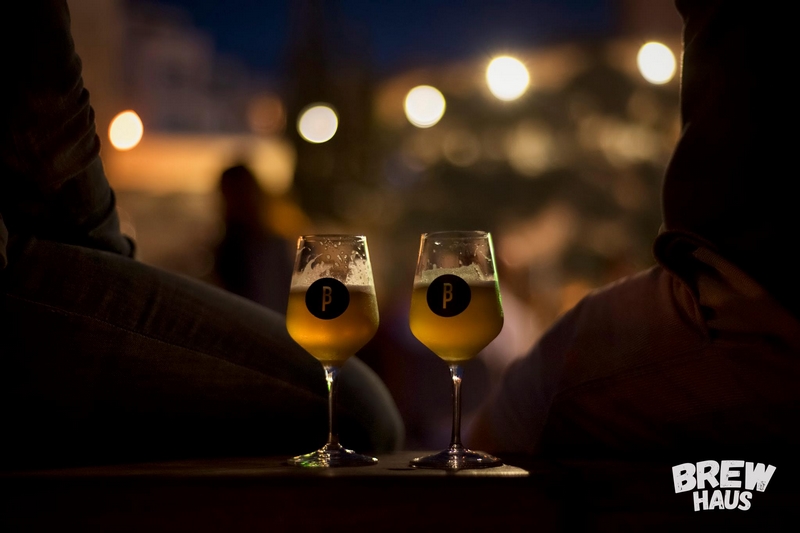 This article titled “10 of the best craft-beer bars in Brussels” was written by John Brunton, for The Guardian on Tuesday 7th August 2018 05.30 UTC

A stone’s throw from the Grand Place, in the middle of touristy bars and fast-food joints, The Sister has a stock of more than 70 organic Belgian brews from €3, with handy tasting trays of four drafts for €10. The drinks menu reads like a sommelier wine list, describing the delicious new Zoevel as a “yeasty, fruity, pear beer, quite sweet with a floral note”, while inky Alfoncine has a “sweet caramelised flavour maturing into a sourish mocha, chocolate and banana taste”. Open from breakfast till dinner, the food served uses only organic produce, while even its signature cocktail collection of gins is organic. Sister is also a venue for art exhibitions, salsa and yoga classes.
• 3 rue Chair et Pain, thesistercafe-brussels.com

The ultimate Brussels craft-beer bar looks out over the tranquil Place Fontainas, a couple of minutes from the crowds surrounding the Manneken Pis statue. Moeder’s laid-back atmosphere resembles a friendly neighbourhood boozer but the clientele is here for the unparalleled selection of artisan ales. Apart from more than 100 different bottles on the beer list, there are nearly 50 taps to choose from, with every local Brussels brewer represented. Bar staff are especially helpful explaining the subtle differences between Belgium’s Gueuze and Lambic: actually the same beers, with the flat, cloudy Lambic aged in barrels before bottling, while a second fermentation adds bubbles transforming it into the more sour Gueuze.
• 8 Place Fontainas, moederlambic.com

In a quiet backstreet a couple of minutes from the Midi station, where the Eurostar arrives, this artisan brewery is in a converted cigarette factory. It opened in 2017 and is a crowdfunded venture from three young locals: Nacim, François and Henri. Their creative ales, with distinctive graphic labels designed by local artist Krump, are already taking Brussels bars by storm. On Fridays (2pm-10pm) and Saturdays (2pm-8pm)a makeshift bar is opened inside the brewery, and is often crowded with enthusiasts who pay just €3.50 for a mug of Théorème de L’Empereur (a pale ale tinged with green tea and jasmine), Noire du Midi (a creamy porter) or Soleil (a hoppy wheat beer).
• 24 rue Lambert Crickx, on Facebook

The provocative champions of craft beer, Scottish-based BrewDog opened up in Brussels two years ago, strategically placed by the Central train station in an immense space that used to be the headquarters of Belgium’s national airline, Sabena. With huge glass windows and a soaring ceiling, the bar gets packed out at night, a mix of locals and beer-loving tourists. With 30 kegs on tap, there is a big effort to please the locals by hosting an ever-changing guest selection of Brussels’ ales but the stars of the show are BrewDog’s irreverent favourites: Dead Pony Club, Elvis Juice, the virtually non-alcoholic Nanny State, classic Punk IPA and the rich, creamy Choco Libre. The food runs to burgers, pasta dishes and salads.
• Putterie 20, brewdog.com

Beer-lovers from across the world arrive each day on a pilgrimage to this family-run Cantillon brewery. The lone survivor from the days, a century ago, when Brussels boasted more than 100 independent breweries, Cantillon was barely surviving 20 years ago before the craft-beer revolution. Today it has to refuse orders. Giant barrels and Heath Robinson-like apparatus fill the brewery and the tour (€7, Mon-Sat 10am-4pm ) explains how its signature Lambic relies on fermentation using “wild” yeasts that are picked up naturally in the air, then aged for 18-36 months in old wooden barrels. Cantillon stands out from mass-produced beers by using only organic wheat and barley, as well as organic sour cherries and raspberries for the famous Kriek and Gambrinus ales. After the tour, guests adjourn to the tap room to taste two beers, though most people stay on longer trying more.
• 56 Rue Gheude, cantillon.be

“En Stoemelings” in local dialect translates roughly as “on the sly”, which is a perfect way to describe this under-the-radar project of two twentysomething friends, Denys van Elewyck and Samuel Languy. Their beer adventure began cooking up a brew in a bathtub, before opening a microbrewery, where curious beer-lovers would come and watch them working, measuring malted barley and hops like a magic potion. The duo’s signature ale, a delicious malty Tripel brew called Curieuse Neus (the Nosy Kid), became a cult hit, followed by seasonal and experimental ales such as the porter-style Smokey McSmoke and the amber, hoppy Tram Jaune. At the end of 2017 they opened an artisan brewery, near the city’s convention centre, too.
• 37 rue Dieudonne Lefevre, enstoemelings.be

In the fashionable Sainte-Catherine area, a frame-maker’s atelier has been transformed into a state-of-the-art brewery, dominated by vast Braukon vats and a modern taproom with 15 draft beers. This is a place for beer enthusiasts to savour weird and wonderful ales in specially-designed tasting glasses, to discuss beer and food pairing, even music and beer pairing. One of the founders, Sébastien Morvan, explains that “while many Belgian brewers are so proud to have made the same beer for 250 years, we create 3-4 beers a month as the process to come out with a recipe is only five weeks.” Popular brews include Babylone, an intriguing “bread bitter” that uses bread during fermentation.
• 188 Rue Antoine Dansaert, brusselsbeerproject.be

Chef Alain Fayt may not brew his own beer – yet – but his enthusiasm for ale led him to create a brilliant restaurant where every dish uses a recipe featuring craft or Trapppist beers, like rabbit braised with prunes and Gueuze (three-course menu €22). Just up the road from the Jeu de Balle flea market, the maze of dining rooms showcase his incredible collections of beer memorabilia. Desserts are memorable, too, from waffles smothered with a cherry Kriek coulis or Hercules stout chocolate mousse.
• 9 Rue des Renards, + 32 25115583, restobieres.eu

Just outside the city centre, the Molenbeek neighbourhood has been in the news for the wrong reasons over the last few years but Bruxellois also know it as the venue of a beer revolution hatched at the city’s dominant craft brewery, La Brasserie de la Senne. One of the founders, Yvan de Baets, explains: “We like to think we are a little different from other artisanal breweries around the world as we have not jumped on what I would call the IPA bandwagon. We are inspired by traditional Belgian beers but add a modern touch.” You will find its brews in every bar in town, with stand outs such as the light-blonde Taras Boulba, powerful, malty Brusseleir, or Stouterik, a light Belgo-Irish stout. The brewery has its own taproom (Mon-Fri, 9am-3pm) where a draft costs from €2.50.• 565 Chaussee de Gand, brasseriedelasenne.be

The sprawling Jeu de Balle flea market is a Brussels must-see and the ancient cobbled square is surrounded by many bars packed out with street traders and bargain hunters. Most are drinking Jupiler, the quaffable local pils, or classic Trappist ales such as Orval and Chimay, served in their own distinctive glass. But La Brocante stands out for its remarkable craft-beer selection. The bar rocks at the weekend, with lunchtime jazz and blues concerts, generous platefuls of traditional Brussels grub: don’t miss the “stoemp”, a Belgian take on sausages and mash. And if you are looking for surprises outside the 120 different beers, ask for passionate young owner, Sébastien de Neef, about his limited-edition seasonal craft beers that he reserves for serious enthusiasts.
• 170 Rue Blaes, +32 2 512 1343, no website