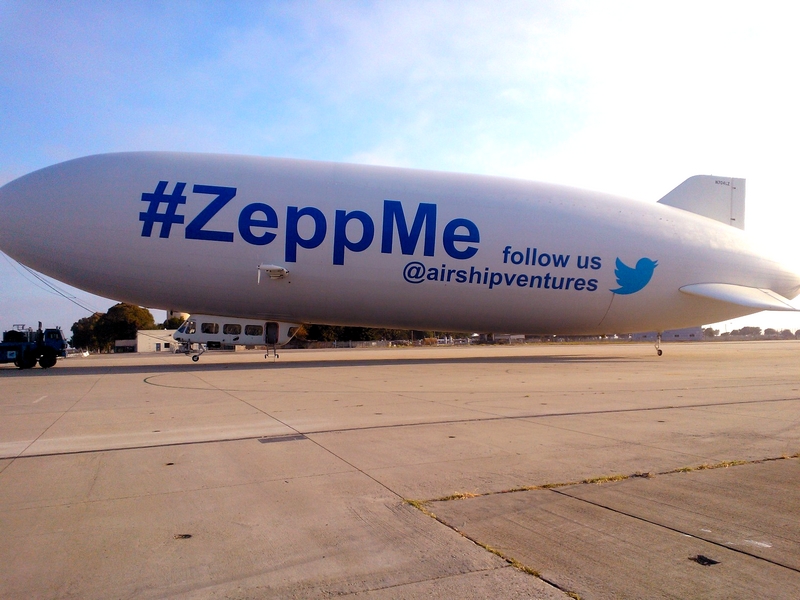 Airship Ventures, operator of the Zeppelin airship, Eureka, lifts social media to new heights with the world’s largest hashtag decal, #ZeppMe, displayed across the side of the airship.

“The Zeppelin is based in Silicon Valley, where social media reigns supreme. With the #ZeppMe campaign, we are leveraging the airship to showcase social media integration into a sponsorship campaign,” said Airship Ventures CEO Brian Hall. “Displaying a fun and friendly call to action, we’re encouraging people to look up – to the airship – and then down – to their mobile – to engage and share.”

To demonstrate the impact on social media channels through the exposure of the hashtag decal among fans, Airship Ventures held its first Tweetup on July 6 to introduce it to the public. Engaging with the public in non-traditional ways, the company utilized Twitter and Facebook to promote and interact with fans for a chance to be part of the revealing of the hashtag. The hashtag #ZeppMe became Twitter’s third trending topic in San Francisco.