Level Up Your Classic Whisky Cocktails this Holiday Season. 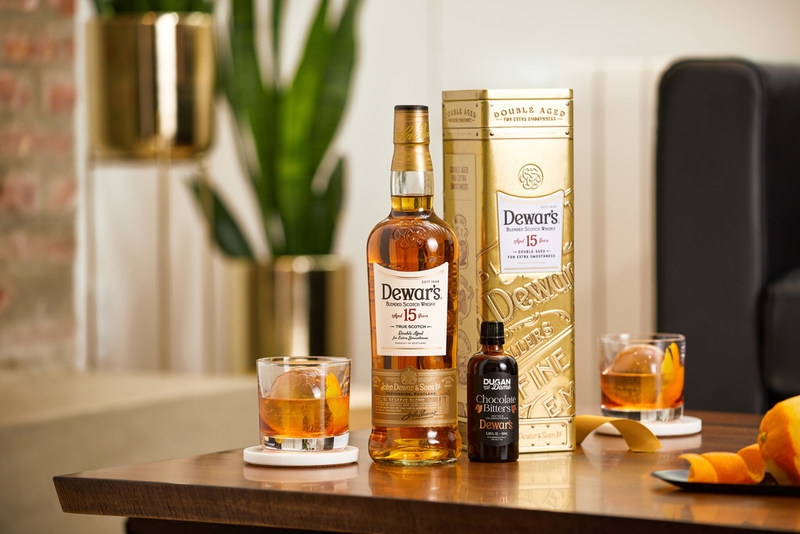 “Our chocolate bitters are the perfect addition to a complex old fashioned,” said Angela Dugan, head dame at Dugan & Dame. “Since DEWAR’Stalented master blender Stephanie MacLeod is also a woman,” she continues, “I wanted to create a feminine-driven bitters that complements themasculinity of whisky, so I chose more delicate botanicals and rose to play with the subtle floral flavors in the DEWAR’S 15 Year.”Dugan also wanted to highlight one of her favorite South Florida artisans, so she tapped Delray Beach’s imaginative 5150 Chocolate to source androast Ghanese coco for the bitters. 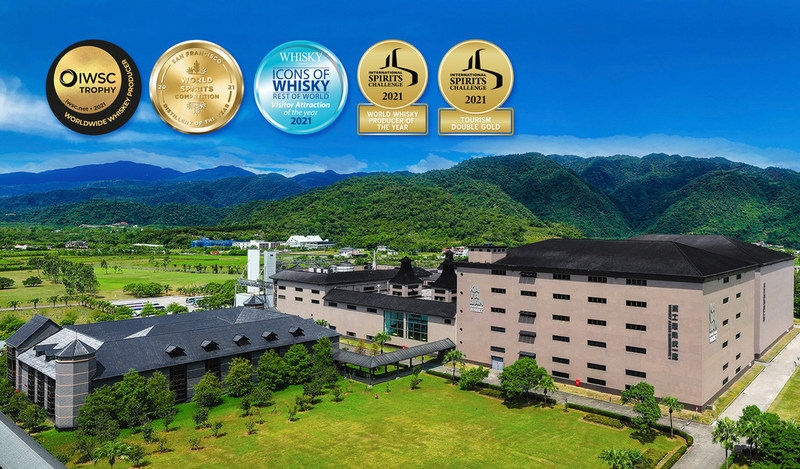 Scooping more than 100 international gold medals in 2021, Kavalan is breaking the record again. The International Wine and Spirit Competition (IWSC) has awarded its Worldwide Whiskey Producer Trophy to Kavalan for the third time, ending a spectacular 2021 awards year for the Taiwanese distiller.

The Worldwide Whiskey Producer trophy is awarded to the highest scoring whisky producer across the Americas, Europe, Asia and Australasia, and this year’s recognition was based on Kavalan’s 7 Gold Outstanding and 8 Gold medals as well as the Worldwide Whiskey Trophy for the Podium Single Malt Whisky. The trophy crowns a spectacular awards season for Kavalan, in which the distiller collected more than 100 gold medals and 10 of the industry’s highest honours.

This includes being named Producer or Distillery of the Year from all the top competitions: IWSC, International Spirits Challenge (ISC) and San Francisco World Spirits Competition (SFWSC). 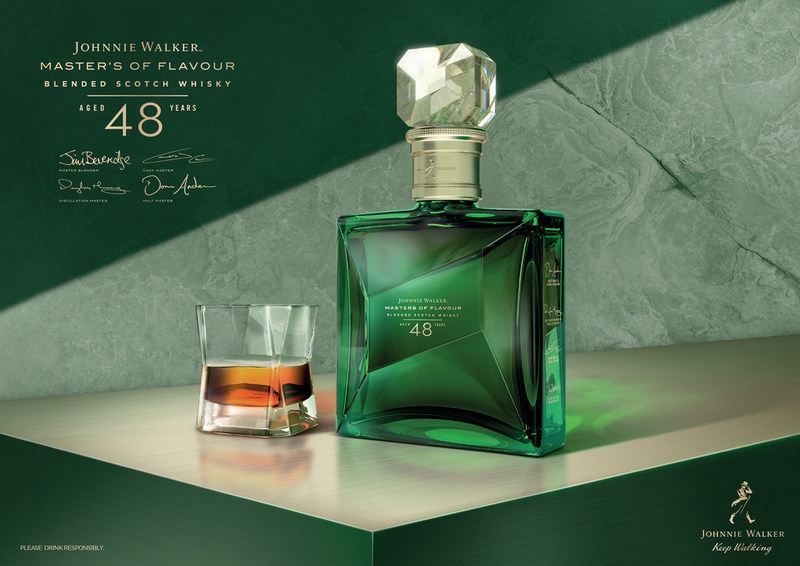 On the nose, Johnnie Walker Masters of Flavour, has a soft and gentle smoke, reminiscent of seaweed and salty air, gives way to rich dried fruits.

Notes of molasses linger with leather-bound books before smoke gently weaves back though the senses.

These aromas give way to rich fruit flavours bursting with currants before a gentle spice starts to build on the palate. Cinnamon-infused apples combine with star anise, crushed peppercorn and warming oak embers, enveloped in waves of baked caramel and rich butterscotch before culminating in a gentle and warming smoke in the finish. Johnnie Walker Masters Of Flavour has an ABV of 41.8% and a RRSP of GBP 20,000 in the UK (including duties and taxes). 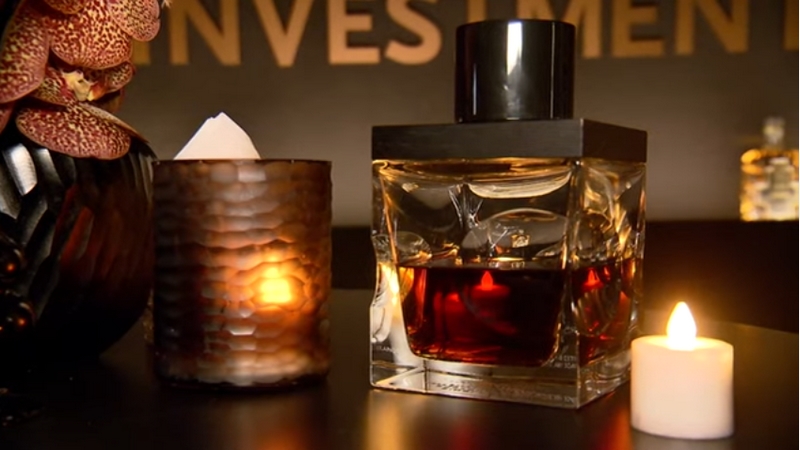 During the first day of MASTERS EXPO, a luxurious event that is annually held in Amsterdam, the Netherlands, Scotch Whisky investments unveiled the #1 decanter of the Gordon & MacPhail Generations 80 Years Old release. This 80-year-old Glenlivet is the longest matured and bottled whisky known to man and was recently acquired during an auction in Hong Kong by Scotch Whisky Investments for 166,000 euros.

This whisky from the Glenlivet Distillery was distilled on 3 February 1940 and has become a landmark in Scotland’s liquid history. George Urquhart, from the second generation to own the company, had the foresight and vision to lay down spirit from Glenlivet Distillery in a bespoke Gordon & MacPhail oak cask to be enjoyed after his lifetime by future generations. Over the last eight decades, the cask has been cared for by the Gordon & MacPhail family and has finally been bottled through a collaboration with Sir David Adjaye OBE, an internationally acclaimed architect and designer.

Michel Kappen, CEO of the Dutch-based trading house Scotch Whisky Investments that is specialized in (Scotch) single malt whisky as an alternative and profitable investment, on his purchase of the first bottle: “Along with three of our investors, we were able to acquire this unique decanter containing the oldest single malt whisky in the world. It goes without saying that this ‘#1’ will remain unopened, will get a special place in our office and will serve as a talking piece for anyone that is interested in investing in the Scottish ‘water of life.'”

In all, 250 decanters have been bottled from the 80-year-old cask and are to be sold worldwide. Prices can vary but every bottle of this special Glenlivet 80-year-old is expected to be sold in the range of 110,000 to 120,000 euros. 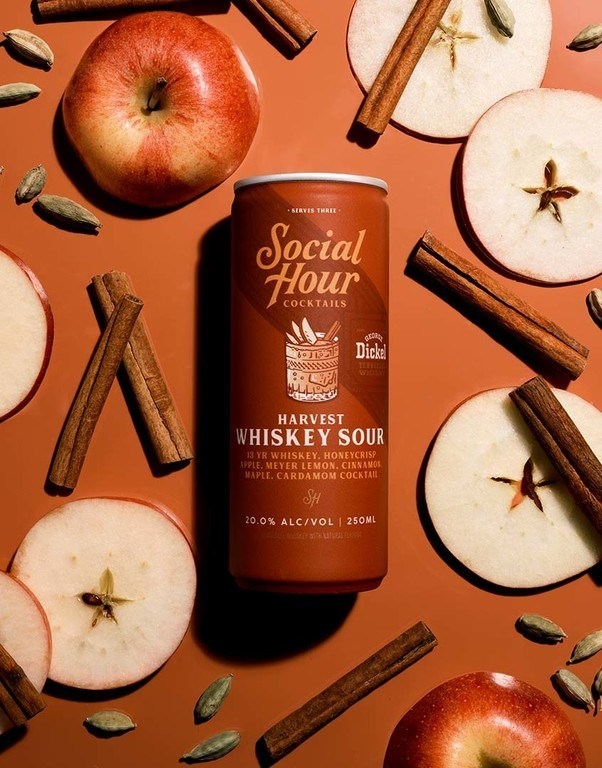 The lead up to the holidays is a busy time for cocktail bars, as people are excited about enjoying seasonal cocktails. However, there traditionally have not been many fall-inspired takes on classic cocktails available for people to enjoy at home. This season, George Dickel and Social Hour, the pioneering craft canned cocktail brand, are making it easier than ever before to enjoy an autumn-inspired craft cocktail. This month, both brands are teaming up to release a new premium prepared offering – the Harvest Whiskey Sour.

Uniquely, Harvest Whiskey Sour is made using 13-year-old George Dickel Tennessee Whisky (from distilling season Spring 2007) and makes it easy to enjoy a seasonal cocktail on the same level as one ordered from a cocktail bar. With this release, fans of craft cocktails don’t have to sacrifice quality for convenience, as this offering exemplifies the high standard both brands are known for.

The new Harvest Whiskey Sour boasts a delicious combination of honey crisp apple, Meyer lemon, cinnamon, maple and a touch of cardamom. To get the picture-perfect cocktail serve, adults simply need to pour over ice and garnish with apple slices or cinnamon sticks before enjoying. 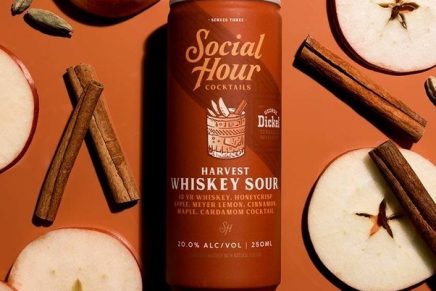 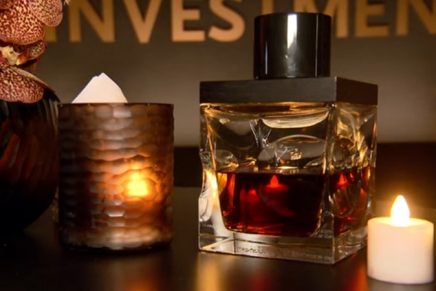 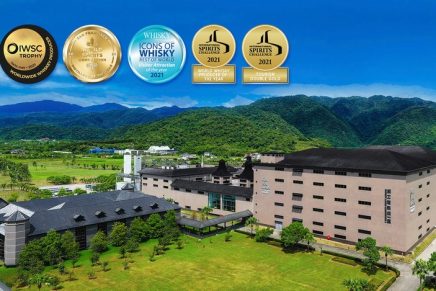 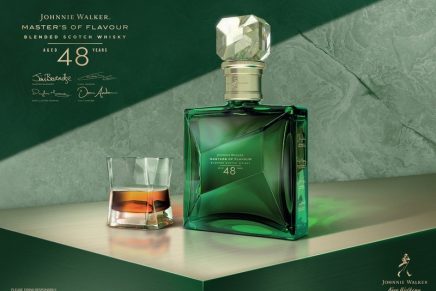 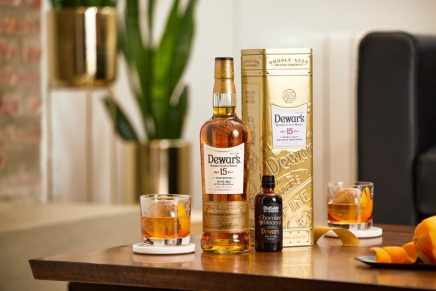