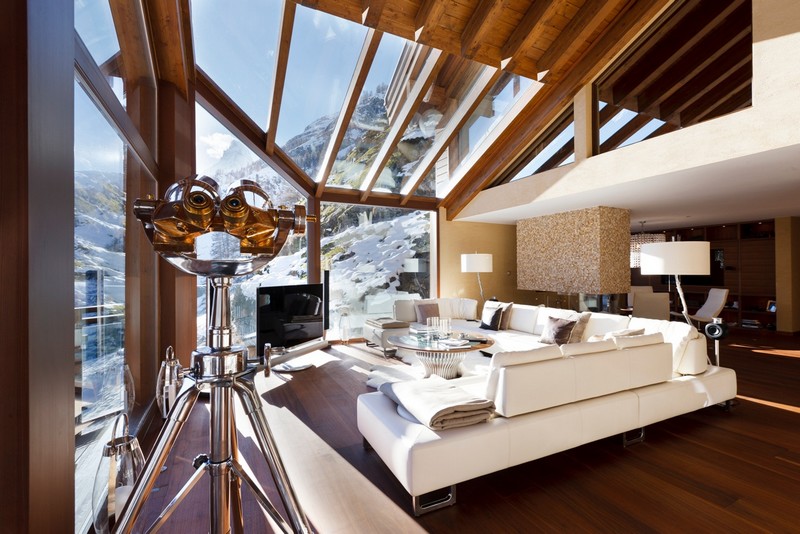 The archaic ban on off-piste skiing in many Japanese resorts (Niseko aside) typically sees ski patrols chasing skiers who dare leave marked runs, and confiscating their lift passes. This is changing. Furano, in Hokkaido, has until now been very strict, but going off-piste is now tolerated, and piste exit point signs have been added to indicate backcountry areas. Contact a local guide at journeyintojapan.com.au/furano

Two US resorts become one

Two of the US’s premium resorts are joining together in holy matrimony this winter to create America’s biggest ski area. Funky Park City (which hosts the Sundance film festival in January and has a wild west base with saloon bars) and nearby The Canyons (extensive and varied but with a soulless purpose-built resort village) are both in Utah and both owned by Vail Resorts. Together they’ll be known just as Park City (parkcity.com) and will have a new interconnecting gondola.
• The pick of Utah ski resorts

Sleep in an igloo, France

Village Igloo de Blacksheep (from €99pp in a five-person igloo, blacksheep-igloo.com) at Le Dou du Praz above La Plagne Village in Savoie is one of a growing number of igloo collections in the Alps. This one has been constructed from snow again this season, with the addition of an igloo chapel, where couples can propose (or pray for a warmer bed), though not actually get hitched.

High-speed rail link to the Alps

The new Eurostar service (eurostar.com) from London to Lyon (from £89 return) makes rail access to some Alpine resorts easier this winter. The direct train runs on Saturdays through the winter, taking 4h40m, and from Lyon there are direct connecting trains to other towns and cities just a taxi ride from top resorts. Connections include Annecy for the Aravis Valley, Grenoble for Alpe d’Huez, Sallanches for Megève, Saint Gervais-Les-Bains for St Gervais and Les Contamines, and Modane for Val Cenis.

Fresh runs in the Pyrenees

In the Spanish Pyrenees, the budget-friendly resort of Baqueira-Beret is among many resorts turning 50 this winter (also Jackson Hole and Whistler). To celebrate it has added 21 runs to its ski area, increasing the total pistes from 120km to 146km. Even its only five-star hotel, the Val de Neu, offers good value, and has a champagne bar, kids’ restaurant, spa and pool. Carrier (carrier.co.uk/destinations) has a week there from £740pp low season (early December and April), including flights and breakfast. Smaller Catalonian resort La Molina, which was Spain’s first and connects to Masella to offer 122km of slopes, also has new runs, and the biggest half-pipe in the Pyrenees.

A taste of Asia in Austria

Ping Coombes, the 2014 Masterchef champion, has been recruited by upmarket operator Scott Dunn (scottdunn.com) to design this year’s chalet menus, giving a pan-Asian/Malaysian theme to all dishes, from pre-dinner nibbles to the kids’ menu. Laksa soup and chocolate cake with black sesame ice-cream will make a change from spag bol. The operator’s cheapest trips are to St Anton, Austria, where a week including flights, half-board and in-resort driver at Lodge Bodensee (with hot tub) costs from £1,100pp based on full chalet occupancy (sleeps 10).

The Tyrolean resort of Obergurgl-Hochgurgl gets a spanking new gondola this autumn, the Top Mountain Crosspoint. The curvaceous wooden structure is a cracking piece or architecture – and surely the only lift station in the world that is also home to a museum – of motorbikes – as well as a restaurant. Ski Total (skitotal.com) has a week in one of Obergurgl’s few chalets, Chalet Angela, from £564pp half-board, including flights.

Even ski resorts can’t escape the craft beer revolution, and there’s been a definite upswing in the number of high-altitude breweries, many with bars offering an alternative kind of après ski. Not surprisingly, the US has a ton of them, including the Snake River Brewery, with bar and restaurant attached, in Jackson Hole, Wyoming (which, incidentally, is getting the mega new Teton Lift, to open up 200 acres of intermediate and advanced terrain in The Crags, previously only reached by hiking). Grimm Brothers in sweet locals’ hill Loveland, Colorado, has a tap room open 1pm-9pm for beery après ski sessions, and Telluride Brewing Co, in the awesome Colorado mega resort, has a tap room open at weekends. Closer to home, newcomer the Bec Jaune Brewery in Morzine, produces IPAs, English malts and French and German-style beers on site, and its restaurant does pulled pork buns and vegan superfood burgers.

A traditional, family-friendly French resort little more than an hour from Geneva, and connecting to Sixt, Morillon and Flaine, Samoens will be particularly attractive from 13-18 January for La Semaine Vigneronne, a wine growers’ event that sees 20 producers from all over France visiting and offering tastings. This is one of several themed weeks throughout the season there.

And finally, skiing in … Bangkok

If all this Alpine/Rockies talk has you itching for more exotic climes, a new 3,000-square-metre indoor real-snow ski slope and play area, Snow Town , on the fifth floor of Bangkok’s Gateway Ekamai shopping mall, may be more up your alley. It’s the city’s second sub-zero attraction after Harbin Ice Wonderland opened in 2014, with ice sculptures based on China’s Harbin festival. Sometimes an ice-cream just isn’t enough.