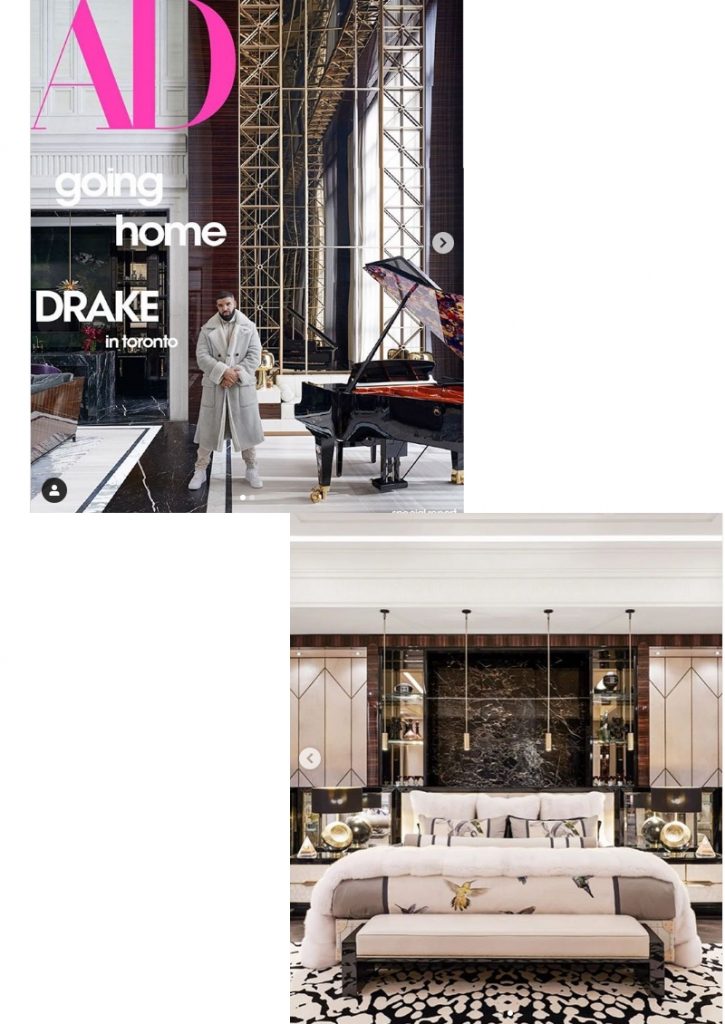 Last week, Drake made headlines when a tour of his luxury apartment revealed that the guy is sleeping on a fortune – literally. His mattress costs $400k.

The mattress, made by the Swedish company Hästens, reportedly already has a waiting list in New York and Los Angeles. Only about a dozen of them were made in the first run, with each mattress being completely handmade, taking 600 hours to make.

Six hundred hours is about a month’s worth of work for the mattress building team (total population: four), so let’s not pretend the mattress is reasonable. But it’s not the most ridiculously priced object in Drake’s house either: his chandelier is made of 20,000 pieces of Swarovski crystal.

In fact, in the celeb universe, sitting alongside Jennifer Lopez’s $1,200 weekly placenta facial habits, Rihanna’s $25,000 weekly expense on her hair, and the $3.4mr car that Drake owns, the mattress almost seems thrifty.

Most of us will never be able to spend that sum on a home. But it is nonetheless nice to read about the different culture towards sleep surrounding the mattress. According to an interview with Hästens’ Los Angeles store manager, Linus Adolfsson, in Vice, the Swedes set a lot of store by a good night’s sleep. Adolfsson describes it as a form of self-care (of course he does) while making a pretty good argument for why your mattress should cost more than the family car:

“Your mattress should be the most important piece of furniture in your home. In Sweden, if your couch costs more than your mattress, people won’t understand. We have a completely different attitude to sleeping,” Adolfsson told Vice.

In reality, this is probably just really good PR spiel: the Swedes also came up with the word “lagom” meaning “just the right amount”, which certainly cannot be applied to that kind of price tag (don’t worry, a “classic” Hästens mattress only costs $190,000).