At the 2019 Startup Autobahn Expo Day in Stuttgart’s Wagenhallen venue, the sports car manufacturer Porsche and the startup “holoride” presented what entertainment could look like in the future for passengers in a Porsche. The “holoride” software works seamlessly with manufacturers’ vehicle data for motion-synchronised, real-time generation of virtual reality (VR) and cross-reality (XR) content. 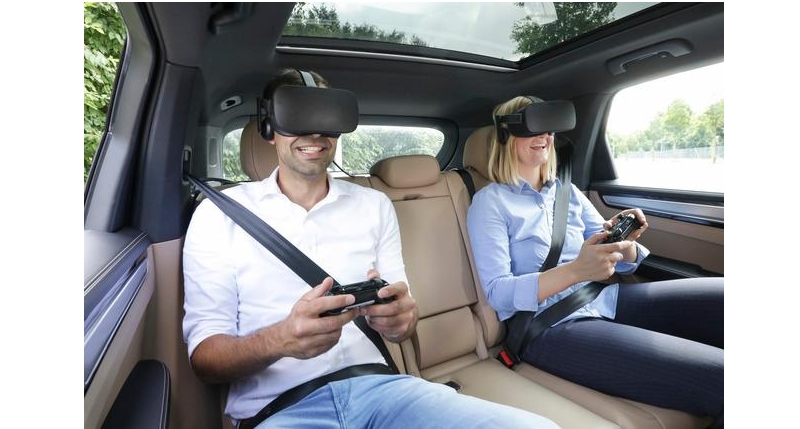 The aim of the joint project is to give us all the opportunity of immersing themselves in virtual entertainment worlds.

For this, a VR headset with sensors is paired to the luxury vehicle so that its content can be adapted to the car’s driving movements in real time. For instance, if the car is being driven around the curve, the space shuttle that the passenger is virtually travelling in will also change direction. This results in a highly immersive experience, which significantly reduces the
symptoms of motion sickness. In future, the system will also, for example, be able to evaluate navigation data in order to adapt the length of a VR game to the calculated duration of the journey.

Furthermore, the technology can be used to integrate other entertainment services such as films or virtual conferences for productivity in the passenger seat.

The “holoride” software makes it possible to offer elastic content: a new form of media especially designed for use in vehicles, in which the content adapts to driving time, motion and context. The startup’s business model uses an open platform approach, allowing other car manufacturers and content producers to benefit from this technology.
“holoride” aims to bring this new form of entertainment using commercially available VR headsets in the rear seats of the car to market in the next three years. With further development of Car-to-X infrastructure, traffic events can also become part of the experience in the long term. Traffic light stops could then be unexpected obstacles in the plot or interrupt a learning programme with a short quiz.

“A new dimension for in-car entertainment is opened up by “holoride”. The manufacturer-independent approach convinced us from the start and, over the past few weeks, the team has proven what this technology can do. We look forward to taking the next steps together,” says Anja Mertens, Project Manager for Smart Mobility at Porsche AG.

Porsche also announced it is inviting innovators and partners to the International Motor Show (IAA) in Frankfurt on September 20 to discuss the future of mobility. It will be possible to experience the results of the joint vision of Porsche and “holoride” there. Experience “holoride” in a Porsche at the “IAA Next Visions” Day in Frankfurt. 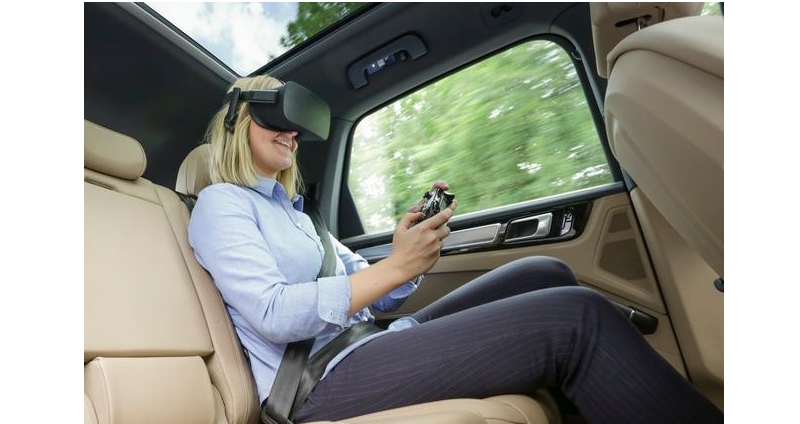 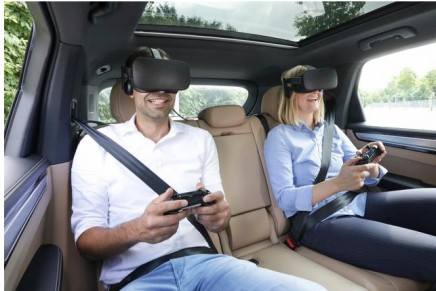 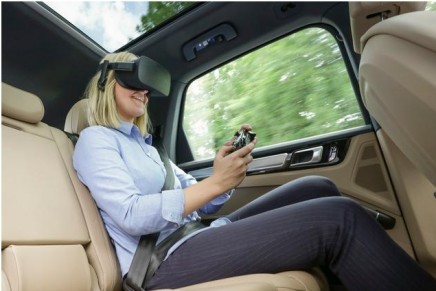