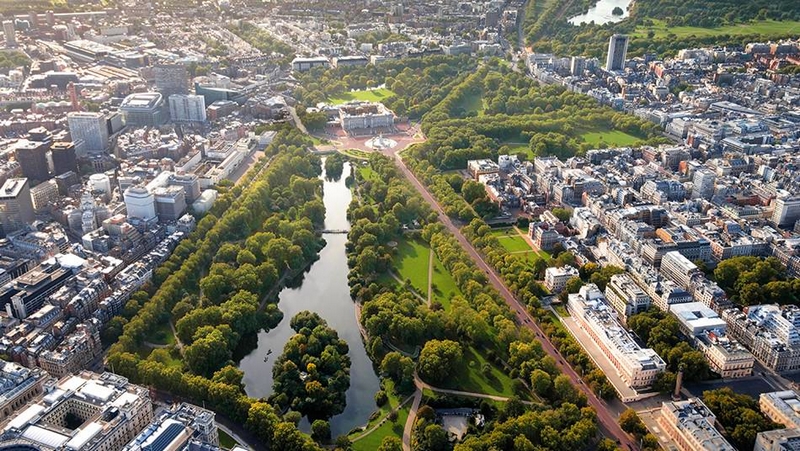 Westminster city council is to ban new supersize properties built for oligarchs and other members of the global elite in order to free up space for more affordable homes for “real people”.

The council, which includes the areas of Mayfair, Knightsbridge and Belgravia, said it would restrict new homes larger than 150 sq metres (1,615 sq ft). Westminster said banning “Monopoly board-style” homes would help free up more space for affordable homes for Londoners. The ban is part of Westminster’s 2019-40 development plan released on Monday night, which also included a commitment to build more than 10,000 affordable units by 2040.

“We want Westminster to be home to thriving, mixed communities, not empty super-prime properties,” said councillor Richard Beddoe, who oversees planning in Westminster. “That’s why we will be restricting the size of new luxury apartments and introducing a new extra bedroom policy to make it easier for families to extend their homes so they have enough space to stay living in Westminster and are not forced to move out.

“Building the right type of homes for people to live in is priority number one in our city plan. There’s a national crisis and we have to play our part in fixing that, not just for the benefit of UK as a whole, but for the real people who have legitimate aspirations to build their lives and grow up with their families in our city.”

The council said 150 sq metres was 50% larger than the average private home in the borough and would “still enable generously sized homes to be developed to meet development from the prime market, but balances that against the other, more strategic housing need of the city”.

The average size of UK has been shrinking in recent years. Homes built over the past decade have about 67.8 sq metres of living space, according to Local Authority Building Control (LABC). That works out at not much more more space than both floors of a double decker London bus, which comprises 55 sq metres.

The mega-mansion ban is the latest attempt by Westminster to tackle growing inequality in the borough, where very few people can afford to buy or rent a home on the open market. “The average household income in Westminster is £52,199, yet the median house price was £1,054,400 in 2017,” the council said. “That’s nearly two times higher than London as a whole and almost five times higher than that of the UK.”

Earlier this year, the council blocked a proposal to create a 1,580 sq metre, £40m home in a Grade I listed terrace overlooking Regent’s Park, telling the developer to “wake up” to the housing crisis.

However, the council did approve the construction of a block of 57 luxury apartments without a single affordable unit. The cheapest 1,000 sq ft flat in the Park Modern development is being marketed for sale at £2m. A a double-height five-bedroom penthouse is offered for £30m.

Henry Pryor, an independent luxury property buying agent, said: “At last there’s a chance that we may get some truly affordable housing in Westminster. While this change will be met by a wailing and gnashing of teeth amongst developers and estate agents, there has to be a chance that mere mortals will be able to dream of living in zone 1. An overdue and welcome development. Two cheers for Westminster council. A pity that they didn’t make a start on this a decade ago.”

The proposals are subject to six weeks’ consultation. The ban would not apply to homes that had been split up into flats and were being converted back into a single family house.

Earlier this year, the council introduced a voluntary “wealth tax”, asking its richest residents to pay double council tax in order to help tackle the homelessness crisis in the heart of London. However, nine months after launching the £833-a-year “community contribution”, just 2.5% of the borough’s 15,600 wealthiest households had agreed to pay extra. The scheme has raised £400,000 to help rough sleepers.

Those asked to consider making an extra contribution include the residents of the Candy brothers’ luxurious One Hyde Park apartment complex in Knightsbridge.