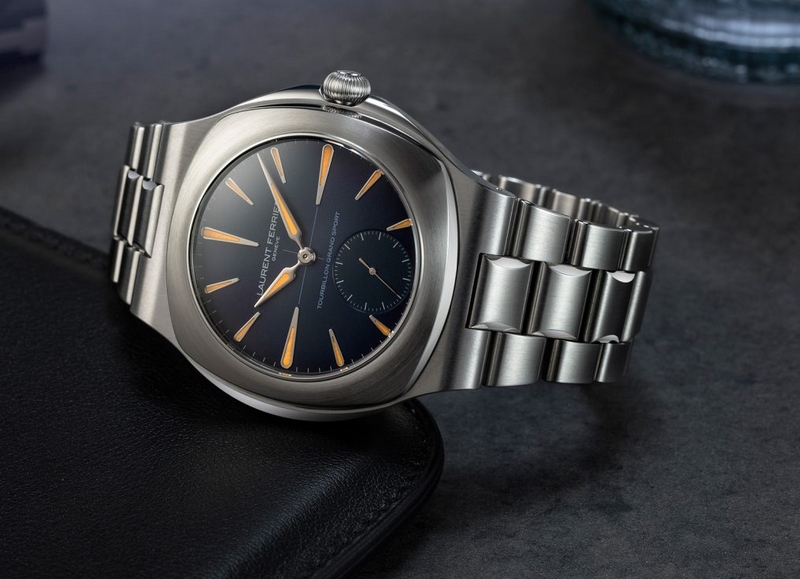 Like all Laurent Ferrier creations, the Grand Sport Tourbillon, due to its protracted creation, is very exclusive and is limited to just 12 luxury timepieces.

Laurent Ferrier, the Swiss watch manufacturer founded in 2010 and named after its founder, Laurent Ferrier, is widely known for creating classical watches imbued with traditional watchmaking crafts and mechanical excellence. Now, the esteemed Genevan atelier has crafted a new contemporary watch, the Grand Sport Tourbillon, which upholds the company’s no-compromise approach to watchmaking. Housed in a sporty 44mm stainless steel case, this is the brand’s first model equipped with an integrated stainless-steel bracelet. This new addition to Laurent Ferrier’s portfolio of models features a tourbillon, double balance spring and the firm’s legendary exalted finishing.

During the 1970s, Laurent Ferrier was often seen behind the wheel of a racing car.

He competed in the famous 24 Hours of Le Mans seven times and secured a victory in the two-litre prototype category in 1977. Laurent competed at Le Mans again in 1979 and came third in the overall ranking along with his teammate, François Servanin. Interestingly, Paul Newman came second in the race.

François Servanin and Laurent Ferrier cofounded the prestigious Maison in 2008 and François is now the president of the company. The men’s shared passion for motorsport is an important part of the firm’s DNA.

Laurent’s love of sport led to the creation of a new limited-edition watch, the Grand Sport Tourbillon. While this latest model is contemporary, it does not eschew the Maison’s penchant for traditional craftsmanship and technical excellence.

The bezel is cushion-shaped but encompasses contrasting mirror-polished flanks. The middle of the case has a barrel-shaped outline, yet, consistent with other Laurent Ferrier timepieces, every constituent of the case coalesces harmoniously.

For the first time, the Maison has equipped a watch with an integrated stainless steel bracelet. The central row of the 3-rows design is comprised of vertical satin finished links. The rounded edges of the links are presented in a contrasting mirror-polish. These details imbue the bracelet and case ensemble with a sumptuous appearance.

The present-day styling encompasses an opaline dial that transitions from blue at its centre to black near its periphery. Both the hands and indexes feature orange Super-LumiNova, vitalising the overall composition. A snailed small seconds display resides above 6 o’clock and sits beneath a gently arcing tinted sapphire crystal, granting a rounded appearance when viewed from the side. 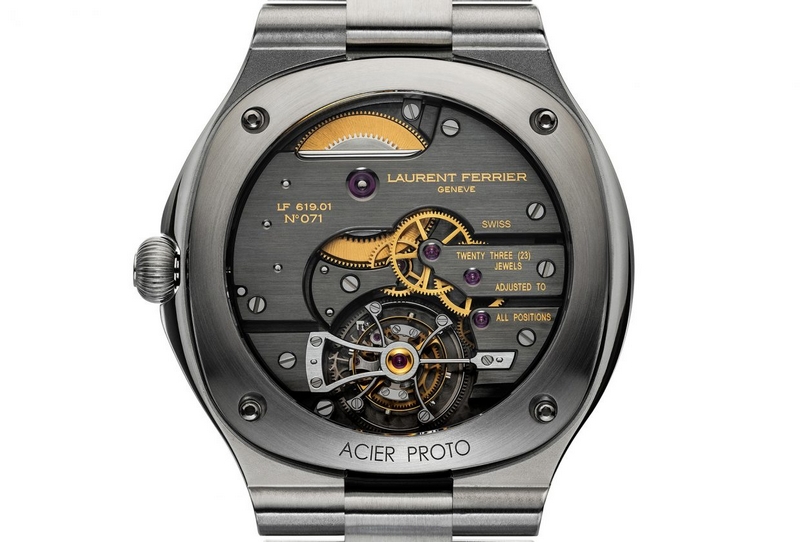 In 2010, Laurent Ferrier won the ‘Best Men’s Watch Award’ at the Geneva Watchmaking Grand Prix (GPHG) for its Classic Tourbillon. This watch was equipped with an ingenious hand-wound movement featuring a tourbillon and a double balance spring. The new Grand Sport Tourbillon is endowed with the same movement, albeit presented in a contemporary finish.

When Abraham-Louis Breguet patented the tourbillon in 1801, his invention countered the adverse influence of gravity on the regulating organ within a pocket watch whilst held in a vertical position. By equipping the balance with two reverse-fitted balance springs, the lateral displacement of the balance axis is also neutralised. The integration of both systems combines these respective benefits, conferring excellent precision. Indeed, this has been independently validated by the Besançon observatory, culminating in the award of chronometer certification.

The tourbillon, consistent with the discreet nature of the brand, is only visible via the sapphire case back, which, in turn, is secured with bolts akin to those used in motorsport.

The movement features a long-blade-type ratchet pawl system, delivering a reassuring click as the watch is wound. Laurent Ferrier has embellished the movement with a horizontal satin-brushed finish and a ruthenium treatment, reinforcing the sporty character of the watch.

The tourbillon carriage bridge is painstakingly decorated by hand. Furthermore, the movement features mirror polishing and 30 hand-crafted interior angles, details which are highly prized by aficionados.

Laurent Ferrier has never forgotten the importance of ‘feel’. When the legendary watchmaker was competing in his Porsche 935T, he would have felt the road through his fingertips and the seat of his racing overalls. His watches pay due consideration to the notion of tactility. This includes the feel of the crown when the watch is wound, the smooth unobtrusive crown guards sitting close to the wearer’s wrist and, most pertinently, the comfortable ergonomic relationship between the wearer and their Grand Sport Tourbillon. 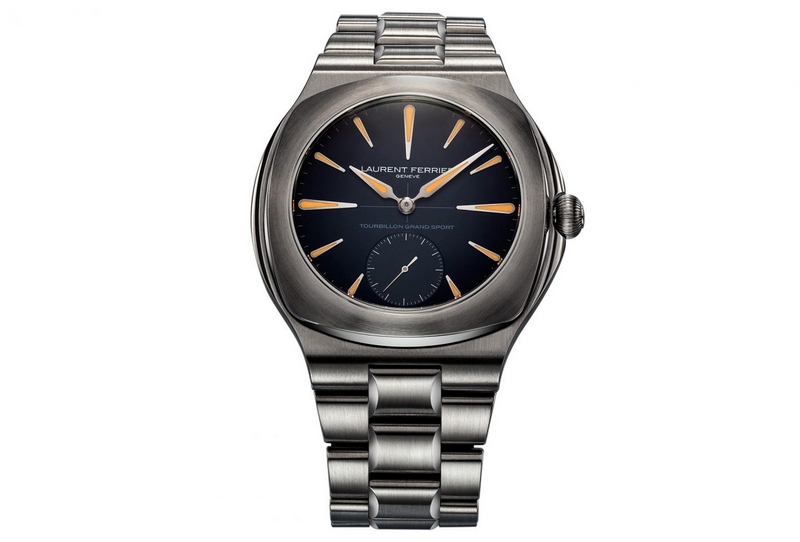 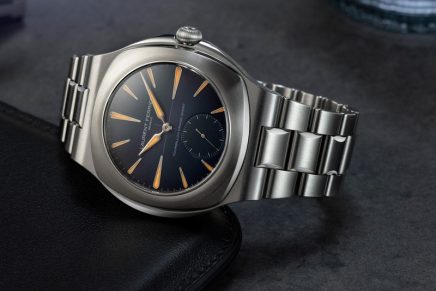 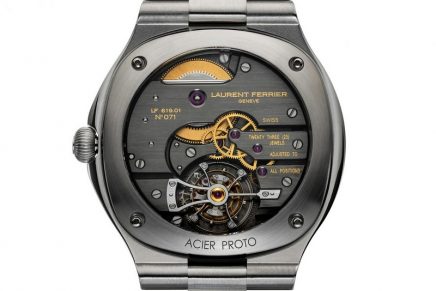 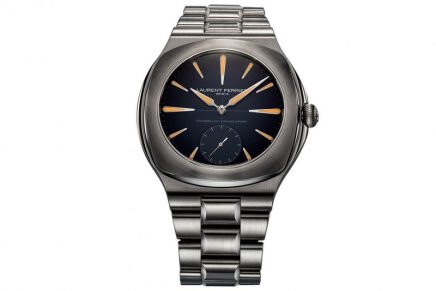