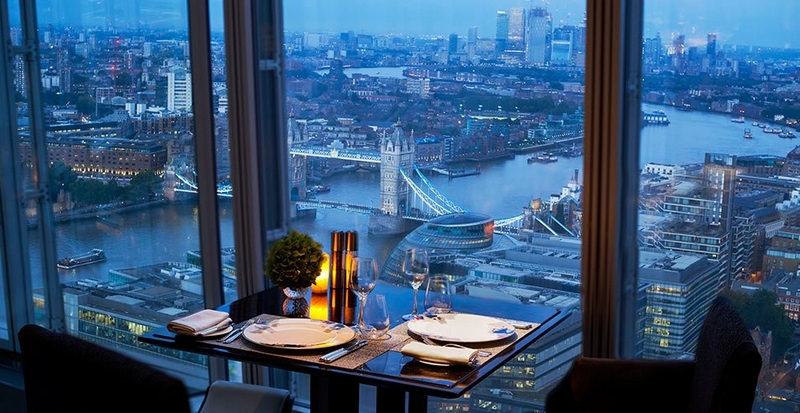 The restaurants and bars at Shangri-La Hotel, At The Shard offer the best in contemporary cuisine – with views to match.; @the-shard.com

This article titled “Wasteful, damaging and outmoded: is it time to stop building skyscrapers?” was written by Rowan Moore, for The Observer on Saturday 11th July 2020 16.00 UTC

If no one ever built a skyscraper ever again, anywhere, who would truly miss them? I ask, because the engineer Tim Snelson, of the design consultancy Arup, has just blown a hole in any claim they might have had to be environmentally sustainable. Writing in this month’s issue of the architecture magazine Domus, he points out that a typical skyscraper will have at least double the carbon footprint of a 10-storey building of the same floor area.

He is talking about the resources that go into building it, what is called its “embodied” energy. Tall buildings are more structurally demanding than lower ones – it takes a lot of effort, for example, to stop them swaying – and so require more steel and concrete. In London, which is mostly built on clay as opposed to Manhattan’s rock, they require ample foundations. Snelson also mentions “in-use” energy consumption and carbon emissions – what is needed to cool and heat and run lifts, which he says are typically 20% more for tall than medium-height buildings.

Skyscrapers often indicate corruption. What they are not are markers of progress

If all this might seem pretty obvious, it’s good to have calculations to attach to a hunch. And tall buildings are still sold on the basis that they are good for the environment. Mostly the argument is about density – if you pile a lot of homes or workplaces high on one spot, it is said, then you can use land and public transport more efficiently. There’s some truth in this, but you can also achieve high levels of density without going above 10 or 12 storeys.

Every now and again you get a one-off skyscraper design that makes play of its environmental features. The Gherkin, where cooling air was to flow through spiralling internal atria, was an early example. Strata SE1, the south London tower with three wind turbines at its top was another. Often these don’t perform as promised. Even when they do, they’re fighting to overcome the self-inflicted environmental handicap of being tall buildings in the first place.

They have got away with it in part because embodied energy hasn’t until recently been paid as much attention as energy in use. It has been deemed acceptable – by the building regulations, by architects, by the professional media – to rip untold tonnes of matter from the earth and to pump similar tonnes of greenhouse gasses into the atmosphere, in order to produce magical architectural devices that might, if all their wizardry were to function as promised, pay back some of their carbon debt some time in the next century. By when it might be too late.

There’s another meaning to “environment”, which describes personal rather than global surroundings. In this respect, it’s a bit of mystery why towers are thought desirable: you typically progress from a windy and inhospitable plaza to a soulless lobby, to a long lift ride, to another lobby, to a flat that has to be fortified and sealed against strong winds, to a balcony (if you’re lucky) with a similarly embattled relationship to nature. Good design can mitigate at least some of these deficiencies, but good design is weirdly hard to find in new tall buildings.

Skyscraper apartments are sold on the view, with prices rising the higher you go up a building, which can indeed be spectacular. But this visual buzz goes with a range of sub-optimal physical experiences, which have been made that much less attractive by the spread of a virus that seems to thrive in air-conditioned and enclosed spaces. Architecture is not just about things you can see.

Meanwhile, towers continue to be built. An annual survey by the independent organisation New London Architecture has found that in the capital 525 buildings of 20 storeys or more are in the pipeline – either under construction, approved or going through the processes of planning applications. Other British cities, including Manchester, Liverpool and Bristol, have succumbed to the belief that there is something glamorous about this well-worn and old-fashioned building type.

In Jeddah, Saudi Arabia, a concrete stump stands in the desert that may or may not turn into the world’s first kilometre-high tower, its progress having been stalled by the arrest on corruption charges of its patron, Prince Alwaleed bin Talal, in 2017. If it is ever completed, it will not be a sign of economic dynamism, as might have been said of the 20th century’s skyscrapers in New York and Chicago, but of the ability of a few members of an authoritarian society to accrue vast wealth for themselves.

In Britain, tall buildings are signs of failed planning, which finds it hard to discover the space for more sustainable and humane ways of building homes. In Gulf states (and indeed in Britain, to the extent that dirty money often goes into tower projects), skyscrapers often indicate corruption. What they are not are markers of progress.

Tim Snelson puts it well: “While the collective progression of civilisations over centuries is still largely measured by the ability to build bigger, faster and taller, we have come to the point where we must put the limits on ourselves and apply our forces to the challenge of building sustainably, above all else, or risk destroying the very future that will hold our legacy.” Quite so. And why, really and truly, would you want to live in one of these things?