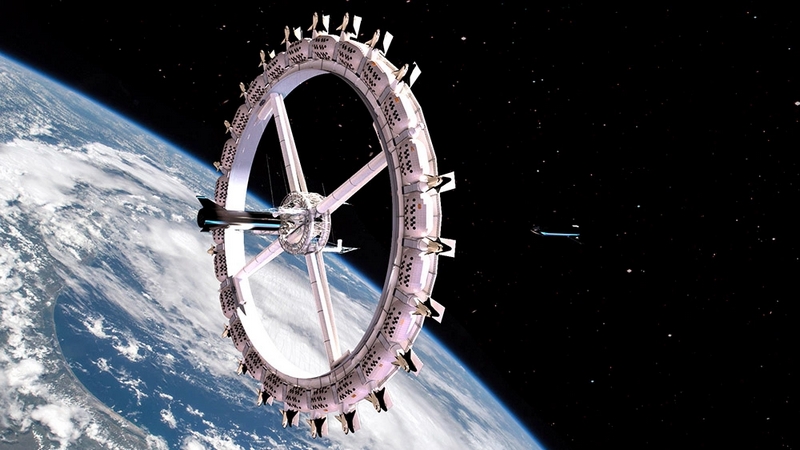 This space hub built by Orbital Assembly Corporation is combining the experience of the last 50 years of space flight and the technology of today, with the dreams of tomorrow. The Voyager Station is now open for reservations.

The first space hotel to be operational in 2026. The Voyager Station is now open for reservations.

Voyager Station is a rotating space station designed to produce varying levels of artificial gravity by increasing or decreasing the rate of rotation. Artificial, or simulated, gravity is essential to long term habitation in space.

The space station has been designed from the start to accommodate business, manufacturing, national space agencies conducting low gravity research, and space tourists who want to experience life on a large space station with the comfort of low gravity and the feel of a luxury hotel.

Early on Voyager Station was named after the father of the Apollo Program that took humanity to the moon. In early 2020 the space station was renamed to Voyager to embody the spirit of what this station will mean to all those who travel there.

Historically, a trip to space cost up to $25 million and that resulted in staying in a Zero-G facility, using vacuums for toilets, sleeping in a bag strapped to a wall, and living in a laboratory.

Voyager Station will leverage the technologies of Space and the comforts of Earth to create a unique experience unparalleled in history. Simulated gravity will offer amenities like toilet facilities, showers, and beds that function similar to what you are used to on Earth. If you are traveling alone or with a partner, the high-end space hotel suites are a great place to book for a three day trip or rent for a month. At 30 m2 (320 sf) , these suites offer private bathrooms, sleeping accommodations for up to 2 people. 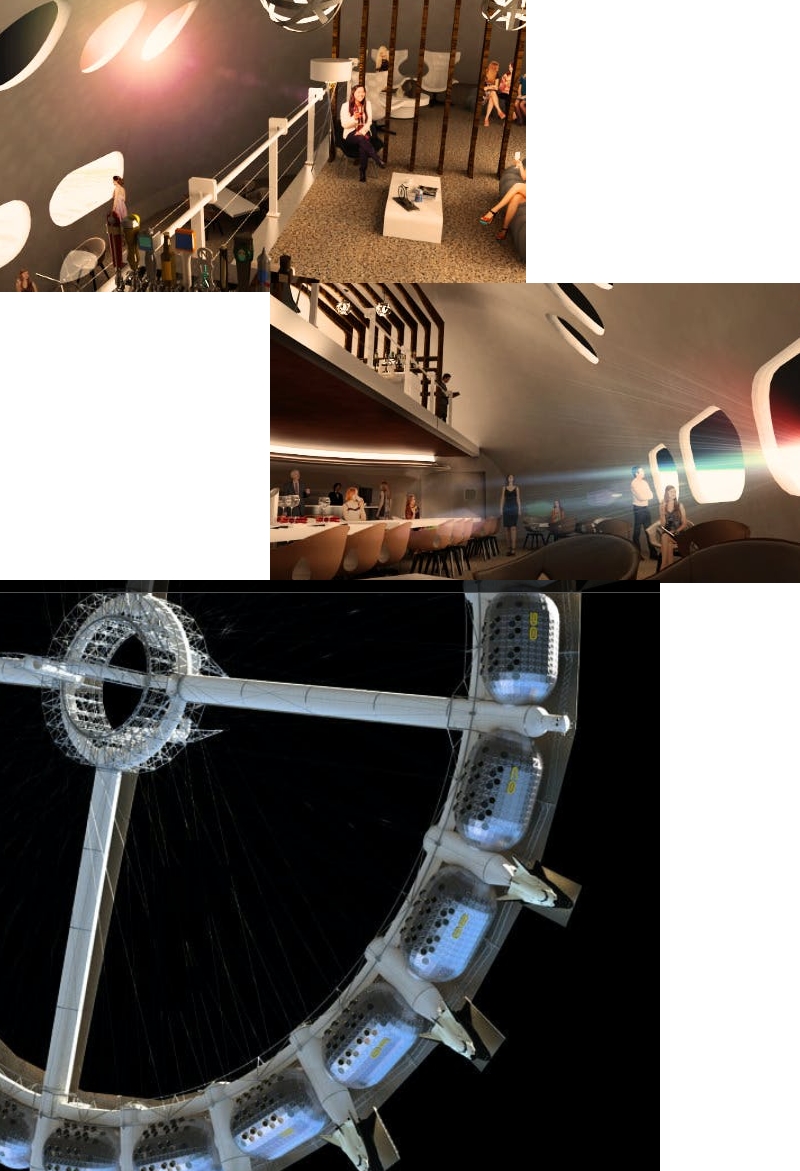 Voyager Station’s luxury accomodations can be booked for a week, rented for a month, or purchased as a vacation home. The luxury villas are 500 m2 (5,300 sf). They feature cooking facilities, three bathrooms, and sleeping accommodations for up to 16 people.

The station includes a Gym and Activity Module – a place to go anytime of day or night.

The large recreation hall has a ceiling over 7 m (23 ft) high where you will enjoy jumping, running, and playing sports in the 1/6th Earth gravity environment. The lower level gym is equipped with weights and treadmills so that you can work out while watching the Earth and stars rotate below you.

At night the GA will transform into a concert venue where the biggest musicians on Earth will rock the station as it circles the plane.

The space restaurant will offer some Space classics like Tang and freeze dried ice cream, but Voyager’s restaurant will rival the best venues on Earth. Bi-weekly food deliveries ensure that every bite is fresh and delicious.

The Sky Bar offer the best views in the orbital station.

An other worldly water feature will seemingly defy the laws of physics as a curving flow of water falls from the ceiling to the restaurant below. Don’t feel like taking the stairs? Because of the lower gravity, jump off the balcony and gently land on the level below. 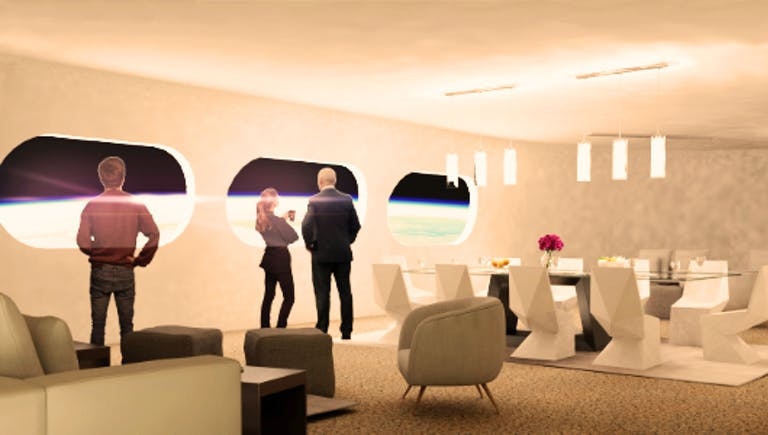 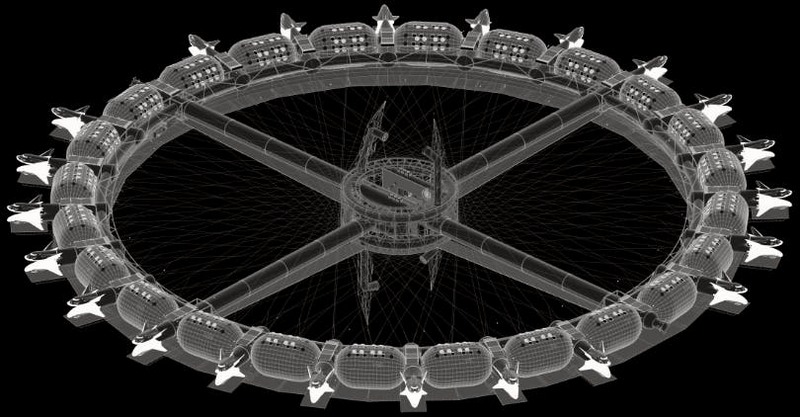 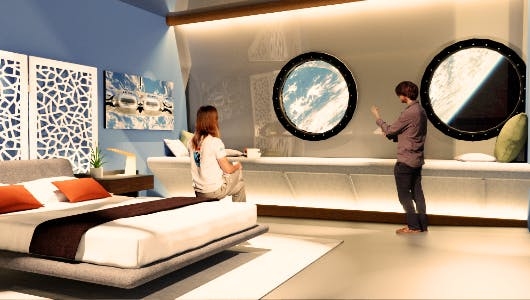 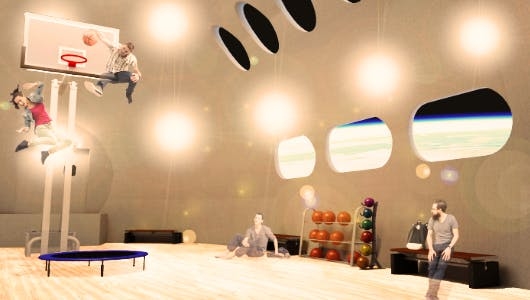 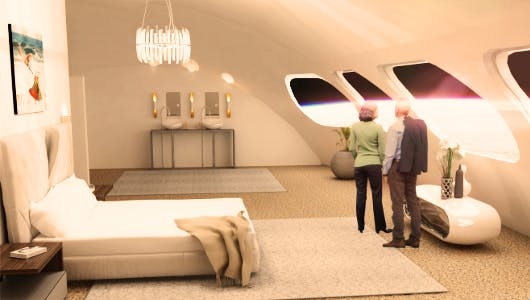 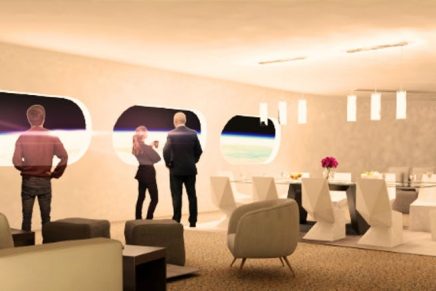 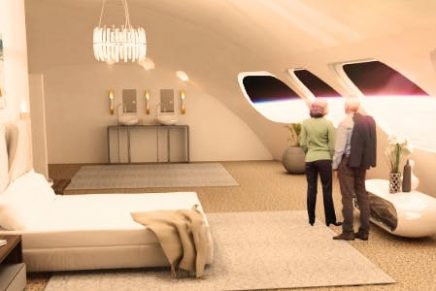 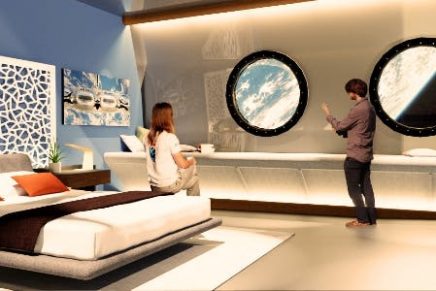 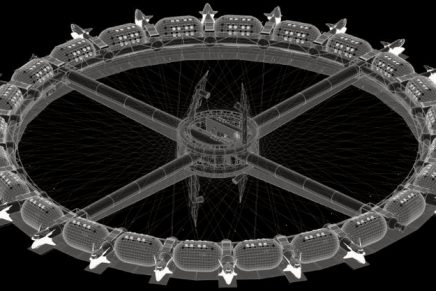 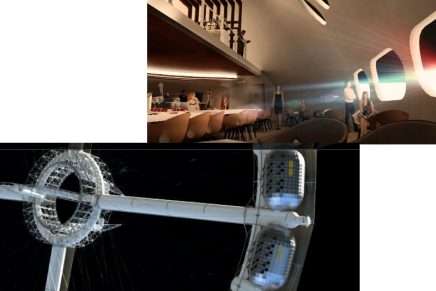 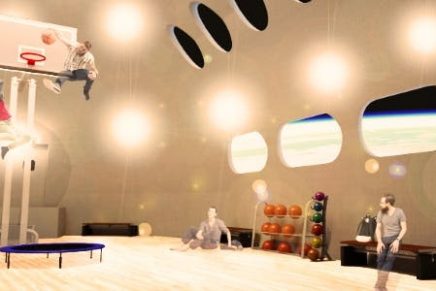