Chanel Fall-Winter 2019/2020 Haute Couture show was set in a grand circular library at the Grand Palais in Paris completed with walkways, models and guests surrounded by thousands of books. 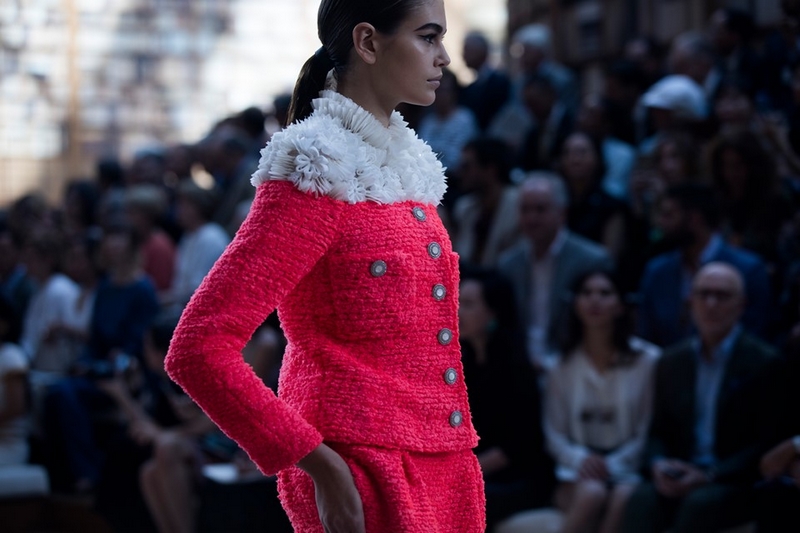 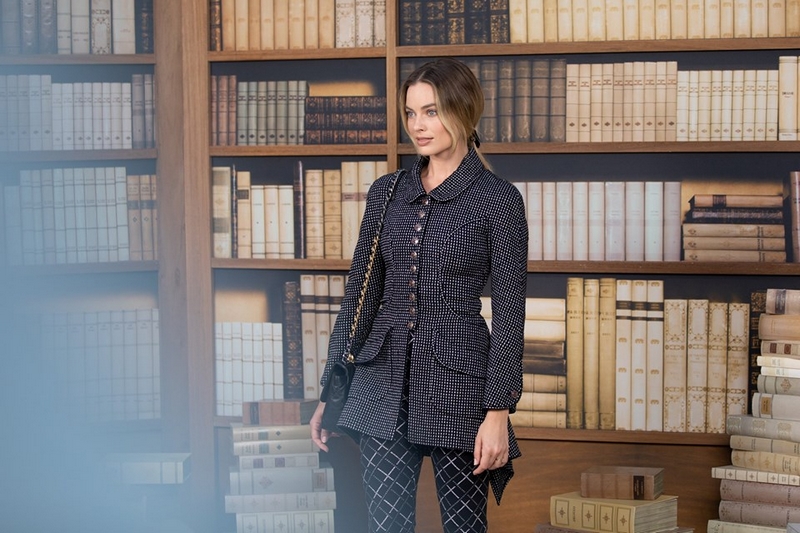 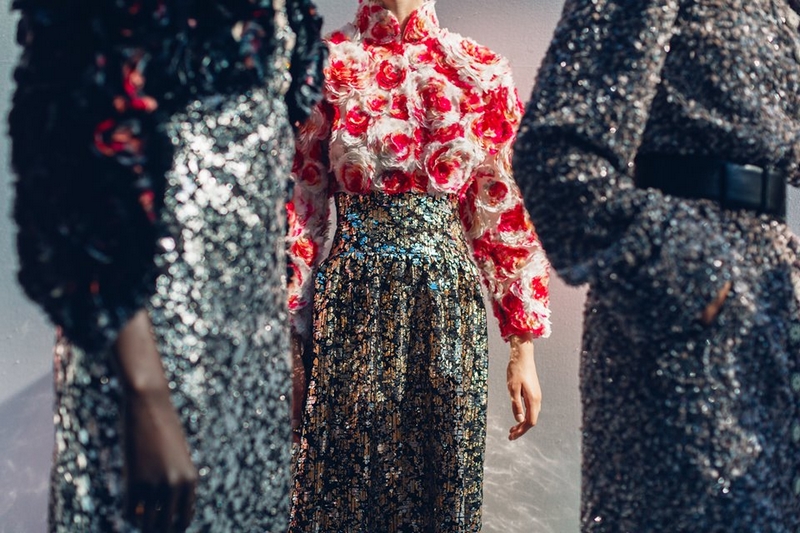 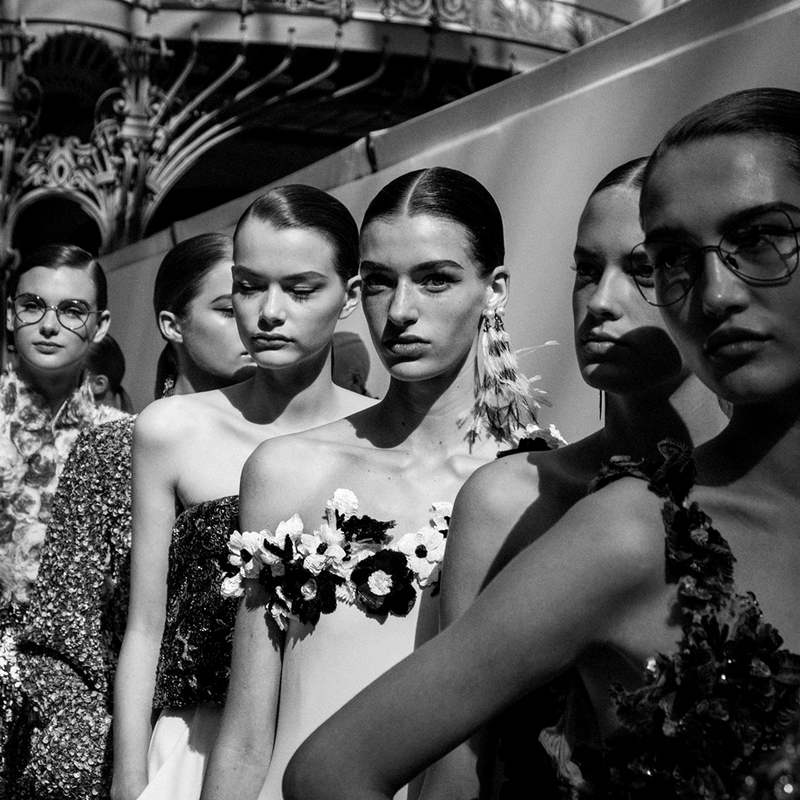 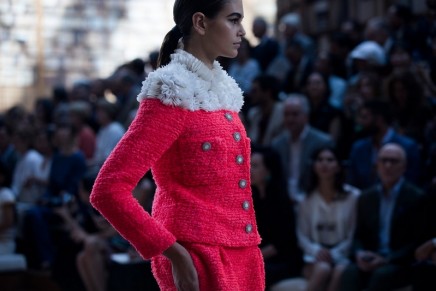 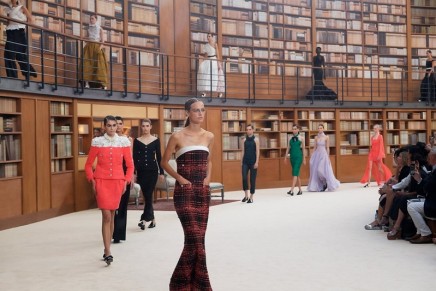 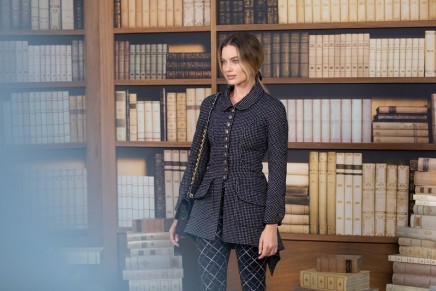 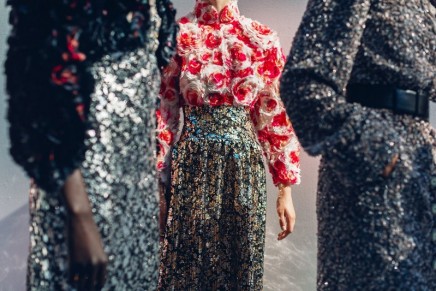 Karl Lagerfeld is no more, but Chanel remains the blockbuster event of any Paris fashion week.

That was the message of Virginie Viard’s first haute couture show since taking over the Chanel design studio from her boss of three decades. Concealed within the Grand Palais, the temporary show set was an epic three-floored circular library in the style – and on the scale – of the British Museum’s original Reading Room, the three levels linked by traditional sliding staircases. As befits Chanel, arguably a giant of French culture itself, the shelves were stacked with Stendhal and Flaubert.

The choice of a library – accessorised with metal-framed reading glasses on several models, and club-style slippers in place of the house’s traditional ballerina pumps – gave the occasion an air of calm, serene competence. Viard may have become a boldfaced name in fashion only this year, but she began overseeing haute couture under Lagerfeld in 1997. The atmosphere of quiet savoir-faire was a subtle reminder that this is not her first rodeo.

“I dreamed about a woman with nonchalant elegance and a fluid and free silhouette, everything I like about the Chanel allure,” said Viard before the show. The dominant silhouette was tall and narrow. Mandarin collars on slender tweed coats, and vertical rows of contrasting buttons on a sumptuous raspberry velvet evening gown, accentuated the shape.

Viard has not one but two ghosts at her shoulder in Karl Lagerfeld and Coco Chanel. The set was framed as a fantasy library for Coco, with stone lion bookends (Mademoiselle Chanel was a proud Leo) and art nouveau lamps to suggest the era of her youth. But staged in the same venue where less than two weeks ago the vast screens installed for Lagerfeld’s memorial played many scenes filmed in his personal library, there was also clear reference to Viard’s predecessor.

The collection, too, held Coco and Karl in balance: the 1930s-style wide trousers, flat shoes, the models’ stance of slender nonchalance hinted at the house’s founder, but there were also homages to Karl. Lagerfeld’s handwriting worked in sequinned embroidery. White feathered ruffs were a reminder of Karl’s high white collars, which have slipped into the Chanel vernacular and are now as much an emblem of the house as the camellia.

But the success of Viard’s tenure at Chanel will ultimately depend not on her ability to juggle Coco and Karl, but on whether she can breathe her own spirit into this house. The most exciting moments of this show, and of Viard’s cruise collection for Chanel two months ago, came when she channelled a mood of polished and dynamic 1980s glamour. The models wore glossy ponytails; makeup emphasised bronzed cheekbones and strong eyebrows. A fuchsia tweed suit with blouson-style jacket and mid-thigh-length skirt brought a shot of newness; so did an emerald green, halter-neck satin cocktail dress.