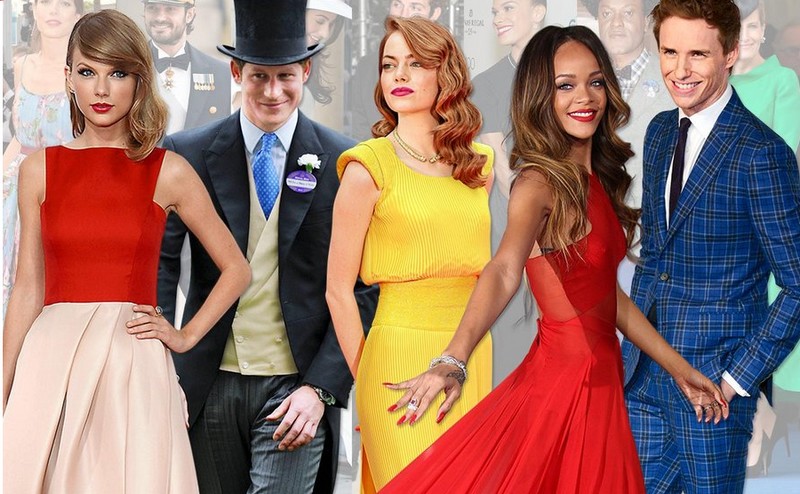 This article titled “Vanity Fair’s best-dressed list 2015: how Tory dressing took over the world” was written by Hannah Marriott, for theguardian.com on Thursday 6th August 2015 12.33 UTC

We’ve said it before and we’ll say it again: thank goodness for Rihanna. Vanity Fair has released its international best-dressed list for 2015 and, apart from the Bajan singer, there’s a whole lot of conventional dressing going on.

Samantha Cameron sits at the top of the pile, celebrated for her “Conservative charm” and pictured wearing a Michael van der Ham dress the exact shade of the “Immigration Down” banners at Tory party conference. To be fair, Cameron does an exemplary job of finding posh-but-not-too-posh clothes to wear on a daily basis. But if the joy of fashion is reinventing ourselves, a list bursting with people who were born to greatness and wear sensible outfits that reflect that status is a bit dispiriting.

To wit: the Countess of Wessex is fourth in the women’s list, Charlotte Casiraghi – eighth in line to the throne of Monaco – is seventh, and another smart dresser with letters before her name, Queen Letizia of Spain, is eighth. In the men’s list, repeat Vanity Fair best-dressed contender Prince Harry comes eighth, pictured wearing top hat and tails and described as an “heir with flair”.

In 2014, the Duchess of Cambridge superseded the ephemeral year-by-year selections and was inducted into the Vanity Fair best dressed list’s permanent Hall of Fame, so she isn’t mentioned, but most of the rest echo her template of pristine, blowdried style – see new entrant Amal Clooney at number five. Taylor Swift and Rihanna are there, too, as is Misty Copeland, Principal Dancer at the American Ballet Theatre, but in a pre-election fallow period, the US’s political leaders – such as the Obamas, who have often featured before – are notably absent, tipping the balance further towards unelected statespersons.

Away from the main lists, in the sub-categories, there’s more to chew over: in the “originals” section, FKA twigs is celebrated, pictured at the Met Ball in a Christopher Kane gown created from sketches of naked women. Under “professionals”, street-style hero Caroline Issa is pictured looking like Ava Gardner in bright red lipstick and a tiered, dove-grey gown, while the duo behind menswear label Public School, Maxwell Osborne and Dao-Yi Chow, shuffle down a Manhattan street in trainers, ribbed hoodies layered under smart overcoats.

With Prince George’s Tory baby clothes selling out in childrenswear and influential style bloggers like Leandra Medine of Man Repeller customarily photographed in sky blue shirts like the ones David Cameron wears on holiday, the difficult truth is unavoidable: Tory dressing is a thing right now – and it will be for at least four more years.