In many ways, it’s a real challenge creating a tribute to a historic car – because nothing is quite the same as on a contemporary car. Inherently, the wheels are bigger, the overhangs are longer, and the cockpit and engine position are different. 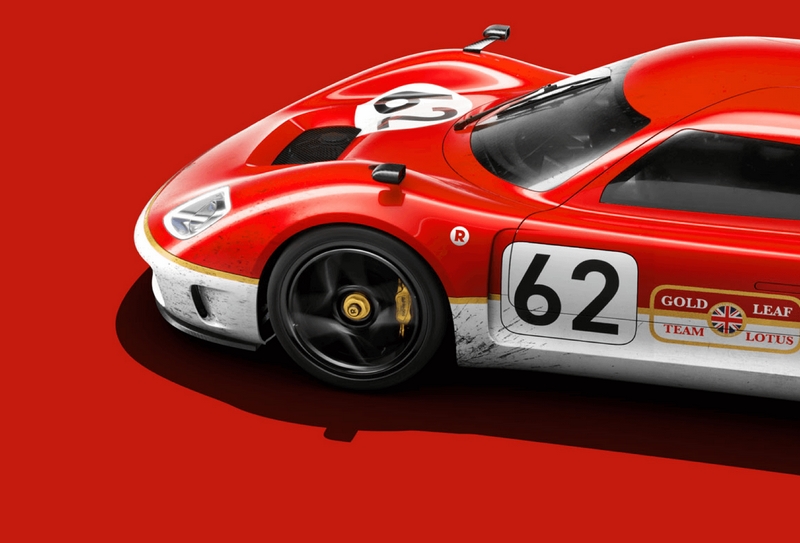 Engineered using Lotus technologies, Type 62-2 Coachbuilt By Radford will be a true driver’s car with the luxury appointments of a bespoke coachbuilder. Production-run limited to 62 vehicles – Radford is accepting applications for build slots.

Radford has unveiled the Type 62-2 sportscar at a star-studded event at the Lyon Air Museum in Orange County, California. The Lotus Type 62-2 coachbuilt by Radford (The Type 62-2), the first modern coachbuilt Radford, is limited to just 62 examples worldwide, with each model built precisely to its individual owner’s desired specification – the marque is currently accepting applications for build slots for the ultra-rare coachbuilt car.

Radford was borne out of inspiration by the legendary British coachbuilding company of the same name, which once built cars for a celebrity clientele that included all four of The Beatles. The global company with British heart and soul is co-owned by leading designer Mark Stubbs, broadcaster and motoring specialist Ant Anstead, former FIA Formula OneTM World Champion, Jenson Button and acclaimed business adviser and lawyer Roger Behle.

“The Radford Type 62-2 was always intended as a homage, not a copy – to deliver that successfully means translating the essence of the original Type 62 into the modern world – which is something that I am confident we’ve achieved with the first Radford of the new era.” – designer Mark Stubbs. 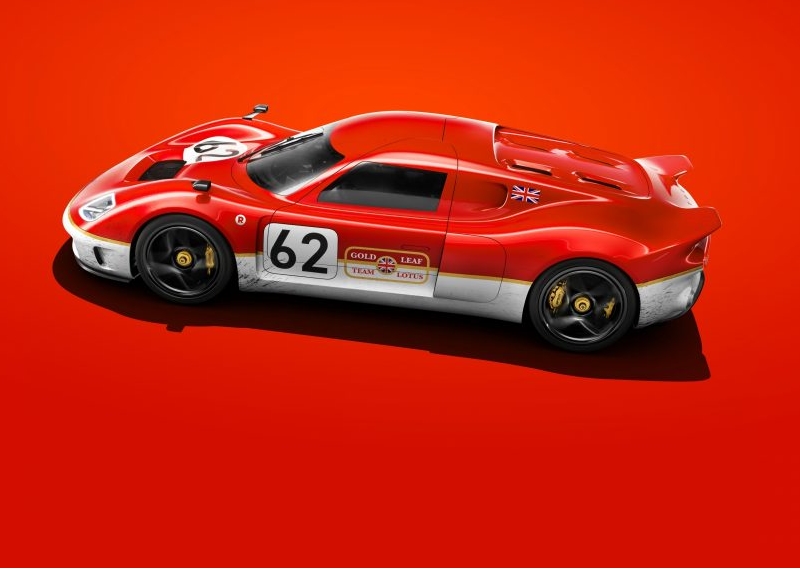 Radford’s first new model of the modern era is built in a partnership with Lotus.

The global premiere is the first time the elegant lines of the exterior have been shown, and the highly luxurious interior will be revealed at a future date. The car’s design has been led by preeminent automotive designer Mark Stubbs who has taken the project from a sketch to the production-ready car revealed last week. Stubbs’ design for the Type 62-2 evokes the spirit of Lotus and the original Type 62 as a homage to the marque’s illustrious motorsport history. With support from Radford’s engineers, former FIA Formula OneTM World Champion Jenson Button has fine-honed the dynamic response of the Type 62-2 to ensure a superlative driving experience.

“When you look at Lotus models from 1948 to today, each of them is numbered from Type 1 right up to the current day, our car is part of that historical lineage, meaning it will take its place in the history books forever. Only 62 Radford Type 62 models will ever be built. No two will be exactly alike, and each will be an exceptionally rare sight on the world’s roads.” – Ant Anstead.

“Coachbuilding in the modern era utterly liberates an automotive designer. Advances in technology have ushered in a new era of this historic craft, making it possible to achieve levels of quality and design never before possible and deliver them in an extremely short time. This enables us to evoke the spirit of an iconic car with stunning authenticity and offer owners the ultimate in customisation. However, while Type 62-2 elicits the original Type 62 Lotus hallmarks, it sets its own path as a Radford model – it’s all about creating a feeling of driving something timeless. Something that doesn’t look or feel like anything else on the road.” – Mark Stubbs.

The Type 62-2 offers design simplicity combined with a classic flair. The exterior provides the theatre and drama becoming of a luxurious, low-volume coachbuilt car – and the lines which evoke the original 1960s Lotus race car ensure exceptional elegance.

The most striking characteristics of the Type 62-2 exterior design are arguably its ground-hugging stance, low height at just 1,133mm, voluptuous wheel arches, striking side air intakes, distinctive double rear ducktails and doors which cut into the roofline and form part of the roof structure. The sensuous, uncluttered nature of the body surfaces are enabled by the car’s flat underbody and diffuser. These provide exceptional downforce, negating the need for a plethora of ungainly aerodynamic appendages, resulting in deliberately simple, smooth-flowing, achingly beautiful lines and a timeless, coachbuilt appearance.

The car’s side profile remains unerringly faithful to the original, displaying the signature curvaceous high wheel arches and low roofline. Slimline side windows add to the visual drama, as do the cooling ducts, which channel air rearwards to the mid-mounted engine.

At launch, Radford will introduce two versions of the Type 62-2. A ‘Classic’ version, with subtle design cues to the original Type 62 Lotus car which was designed without a wing, and a ‘Gold Leaf’ version, which pays homage to the race car’s iconic livery and distinctive wings added by Lotus in period for more downforce after track testing.

Lifting the rear clamshell reveals the storage compartment located in front of the engine but behind the cockpit. Owners will have the option to specify bespoke Mason and Sons holdalls to maximise the luggage space. In any guise, however, luggage for two can be accommodated for road trips.

Ensuring comfort and practicality around town, with an optional lift for the front suspension available on the car, allowing it to easily clear speed bumps and other road furniture without damaging the car’s bodywork. 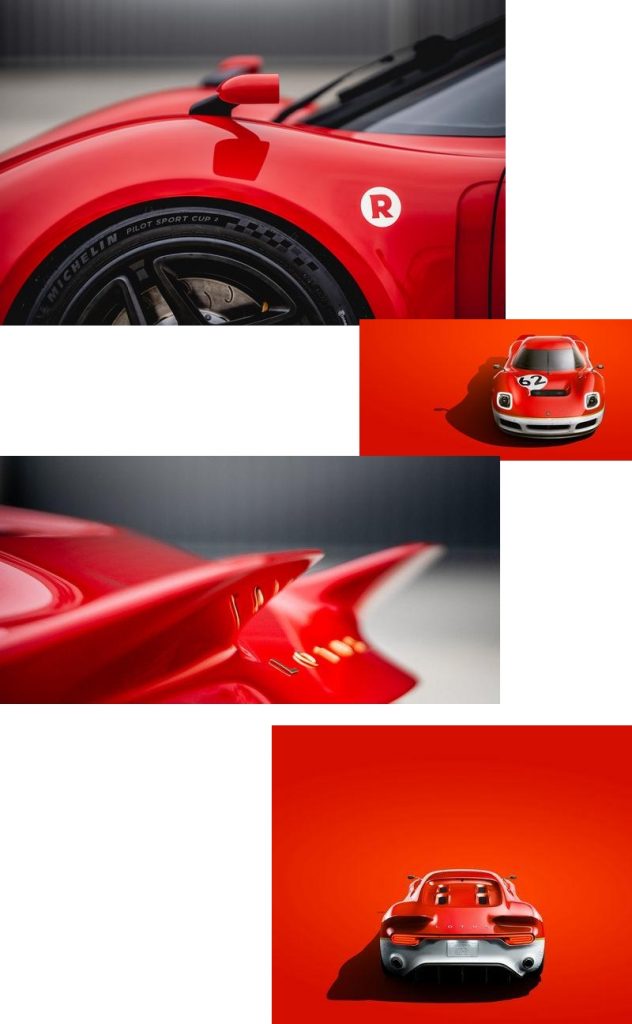 This begins with the first expression of interest and continues throughout the purchase, custom design and manufacturing process. That same approach will continue for the duration of vehicle ownership – providing owners with complete reassurance that their car will be cared for throughout its lifetime. Globally, Type 62-2 owners will have access to a global service network catering for the sale and service of Radford models.

Owners will be kept fully informed during every step of their car’s development, provided with the first sight of vehicle designs, engineering milestones and project updates. Moving closer to the car’s start of production date, owners will be invited to ‘co-create’ their vehicle to their exacting vision, liaising with Radford’s bespoke designers to ensure an utterly unique, coachbuilt, custom finish. They will also have the option of visiting their car during the build process if they wish.

Radford’s bespoke coachbuilding extends to all aspects of the car. Radford will work with owners to ensure that each and every owner desire on the car is met, this ranges from all of the interior finishes and unique paint colours through each part of the car’s design which includes surface changes
to the vehicle bodywork to the power and performance of the car. Every Radford is totally unique and built exclusively for each owner.

Owners can choose to collect their car from Radford’s California base, Radford’s test track, or indeed, have it delivered to them anywhere in the world. Following collection, owners will be offered tailored experiences to continually enhance their ownership of one of the world’s most unique coachbuilt sportscars. 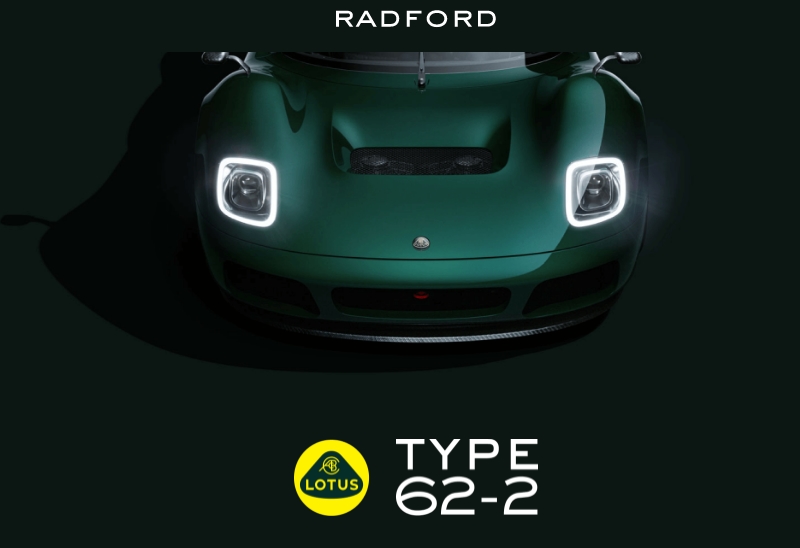 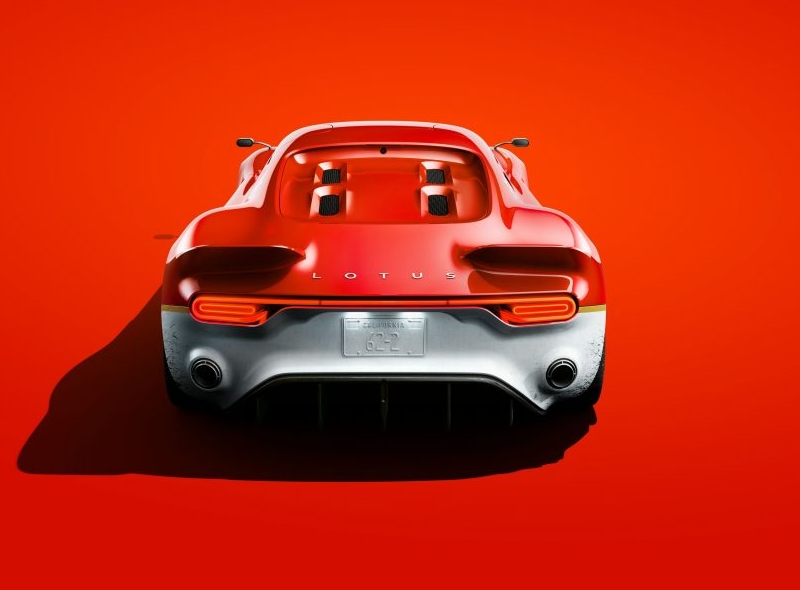 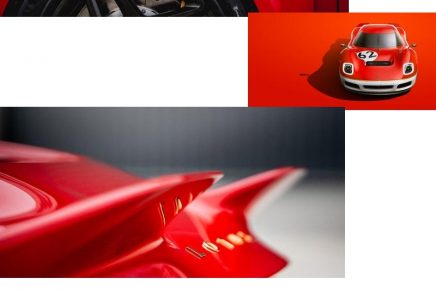 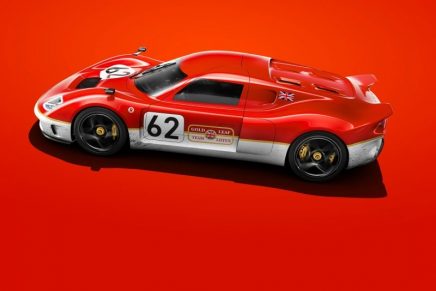 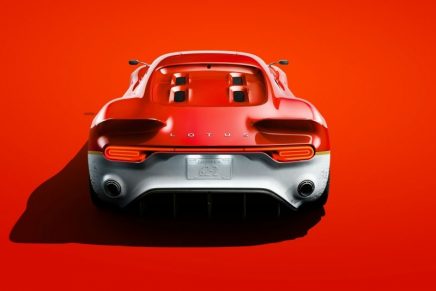 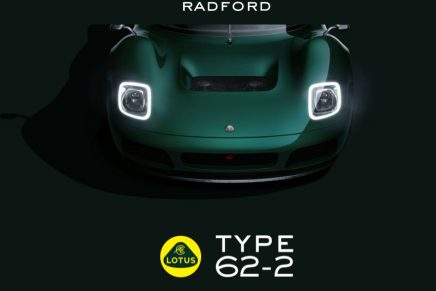 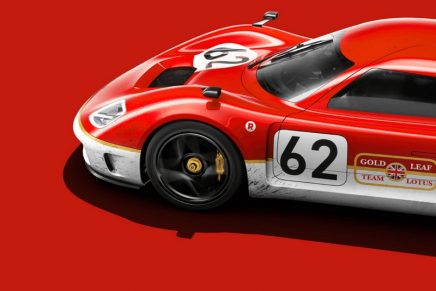