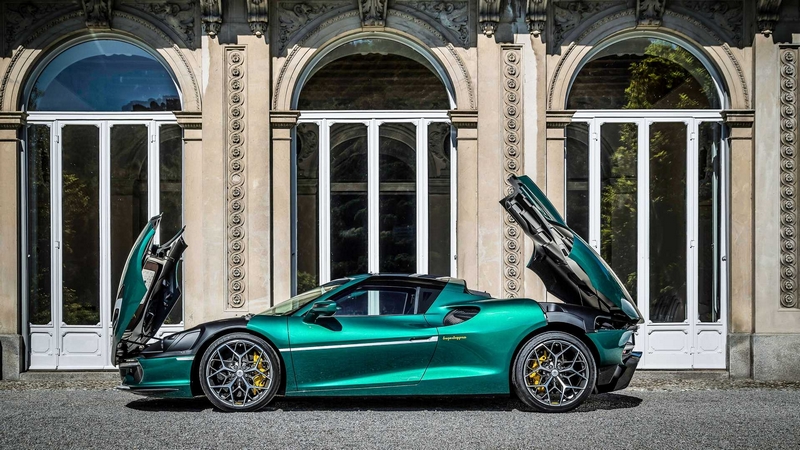 The name is reflecting 95 years of Carrozzeria Touring Superleggera heritage and the company’s commitment to the future at the brand’s home on Via per Arese. The area is long known as the standard-bearer for outstanding Italian design. RH are the initials of the Arese project’s founding patron.

The Arese RH 95 was born to share the passion for traditional custom coachbuilding. 18 units are expected, with deliveries beginning in July, announced Touring Superleggera. 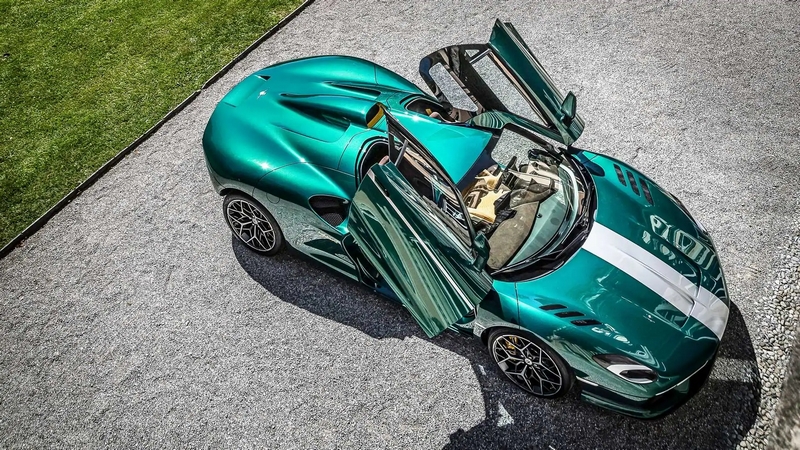 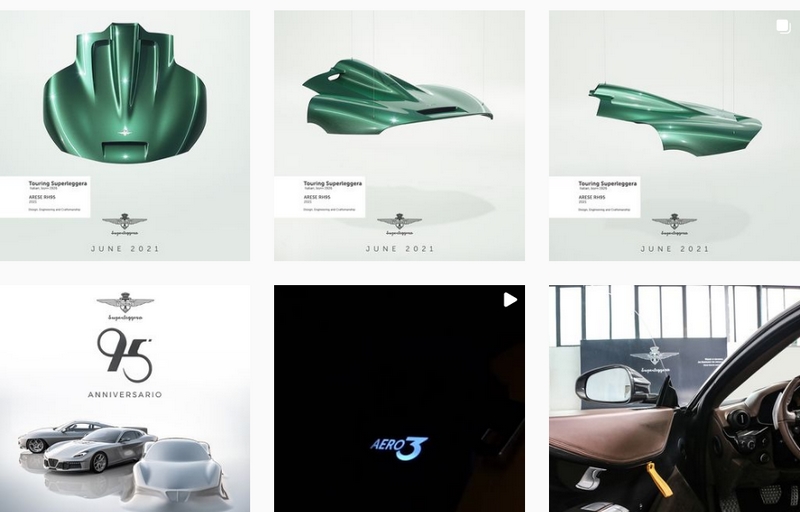 The evolution of Touring’s “Streamline” styling philosophy, introduced with the Disco Volante Coupé and confidently reiterated in the AERO 3, Touring’s first venture into carbon fibre bodywork, is projected even more boldly into the future with the Arese RH 95. It not only shares the AERO’s carbon structural methods, it is the first car in the tuner’s long experience to utilize a centralized engine position, emphasizing yet further its inherent speed and performance bloodlines.

“This Arese RH 95 is another milestone in the history of Touring, 95 years after its foundation,” said Salvatore Stranci, General Manager of Touring Superleggera. “Once again we demonstrate our ability to innovate, a practice renewed through the adoption of cutting-edge materials and construction techniques that are unusual for us.”

The V8 engine of the Touring Superleggera Arese RH95 makes 710bhp and 567lb ft. The supercar features seven-speed dual-clutch transmission driving the rear-wheels from 0-62mph in around three seconds. The top speed is 211mph.

According to Motor1.com, “the new supercar is most likely based on the Ferrari 488 Pista and features a completely redesigned body compared to the donor car, wrote . Thanks to its scissor-hinged doors, the Arese RH95, Touring Superleggera promises, offers generous roof cut-outs for easier entrance into the cabin and good overall visibility.”

“Of course you can have any colour and trim combo you want,” commented topgear.com. “Car One is finished in ‘Verde Pino’ with silver accents and a mix of caramel, cocoa and saffron-coloured leathers for the interior. Car Two will be red with a white nose and car three will be Gulf-themed.”

“An RH95 takes six months to construct, and you can either supply your own donor Ferrari or have Touring Superleggera obtain one for you,” added topgear. 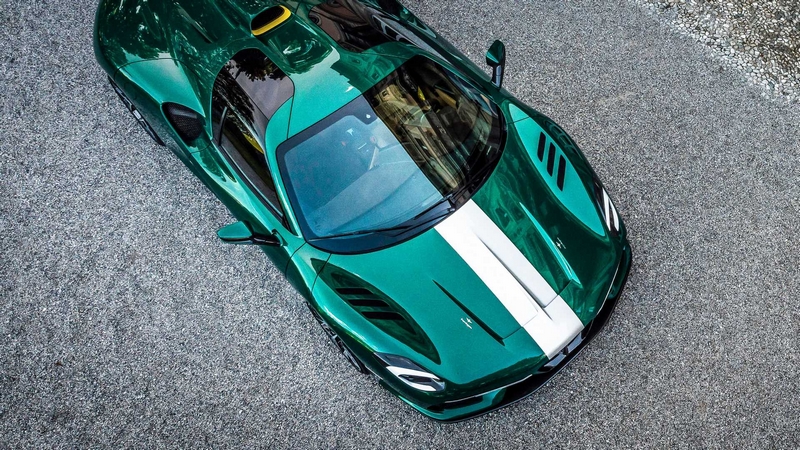 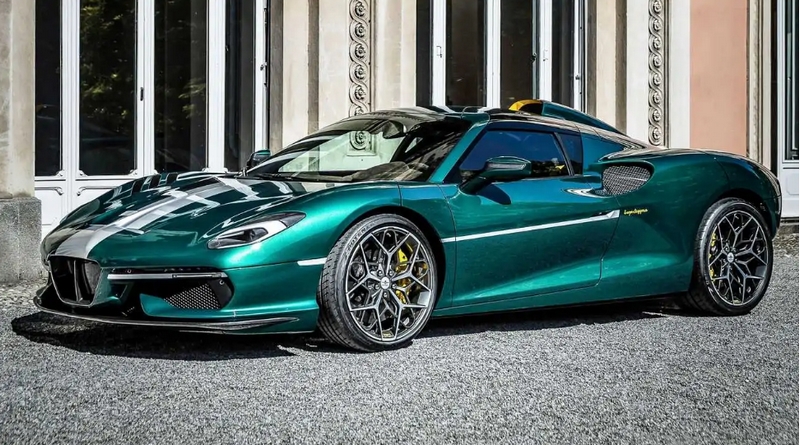 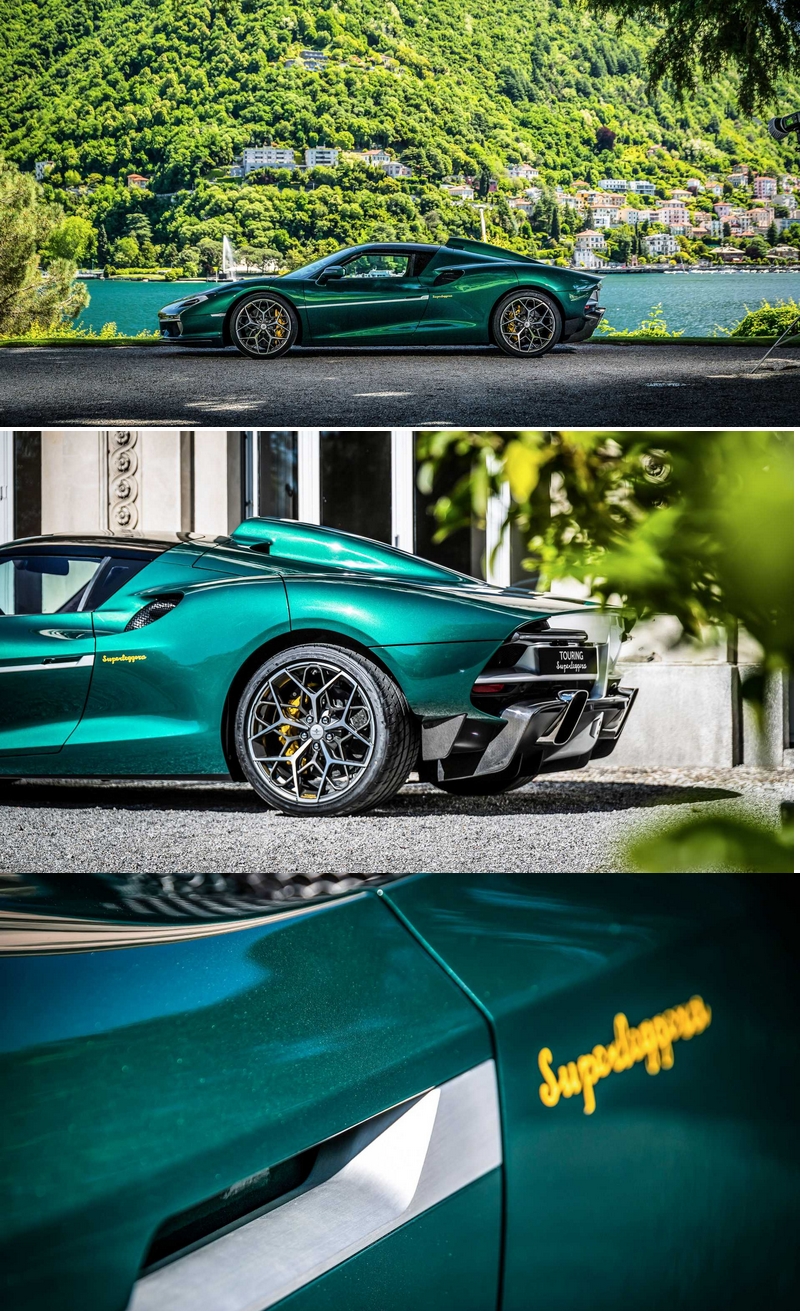 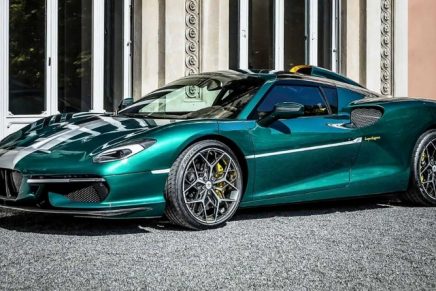 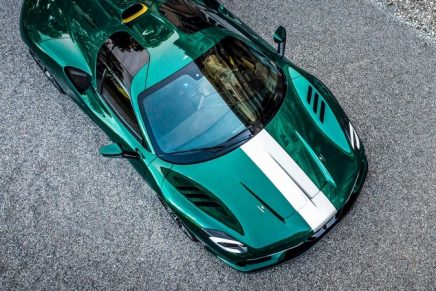 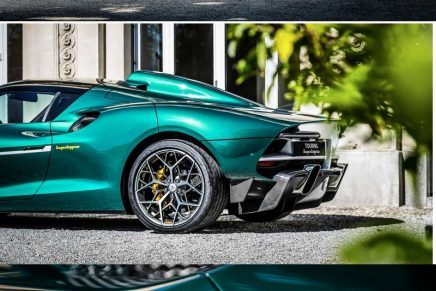 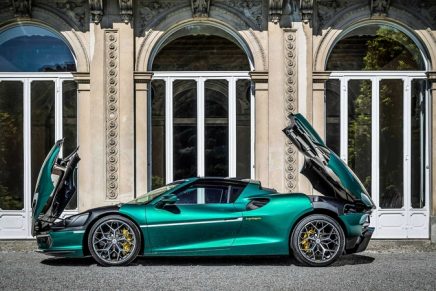 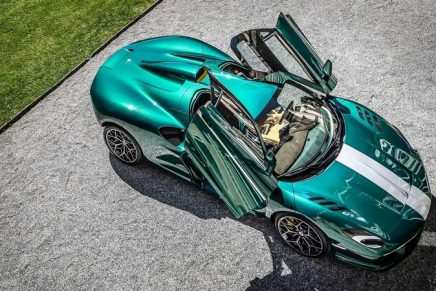 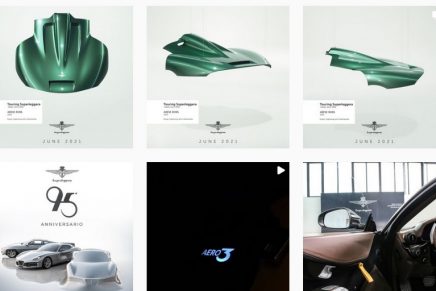