The first space object from Louis Moinet watch manufacture is a flying satellite double tourbillon. The watch was presented on the occasion of Geneva Watch Days 2020 – the watchmaking sector’s only trade event in Switzerland in 2020.

The mechanism of the new Space Revolution watch by Louis Moinet, the Swiss luxury watch manufacture founded in Saint-Blaise, Neuchâtel, in 2004, is wholly unprecedented. Initially deemed to be impossible, the design required more than three years of research. Each Space Revolution timepiece in this limited edition of eight is truly unique, thanks to the meteorite fragment placed beneath the centre of the hands on the watch. One is from the Moon, another from Mars, another again from the oldest known rock in the solar system; still another is a fragment containing amino acids…

Two spaceships battle it out beneath a sapphire crystal dome, facing off eighteen times an hour: the upper spacecraft completes a clockwise rotation every five minutes, whilst the lower vessel turns in the opposite direction, completing a counter-clockwise revolution every ten minutes. Meanwhile, two constantly revolving space stations stage a powerful defense against the effects of gravity. 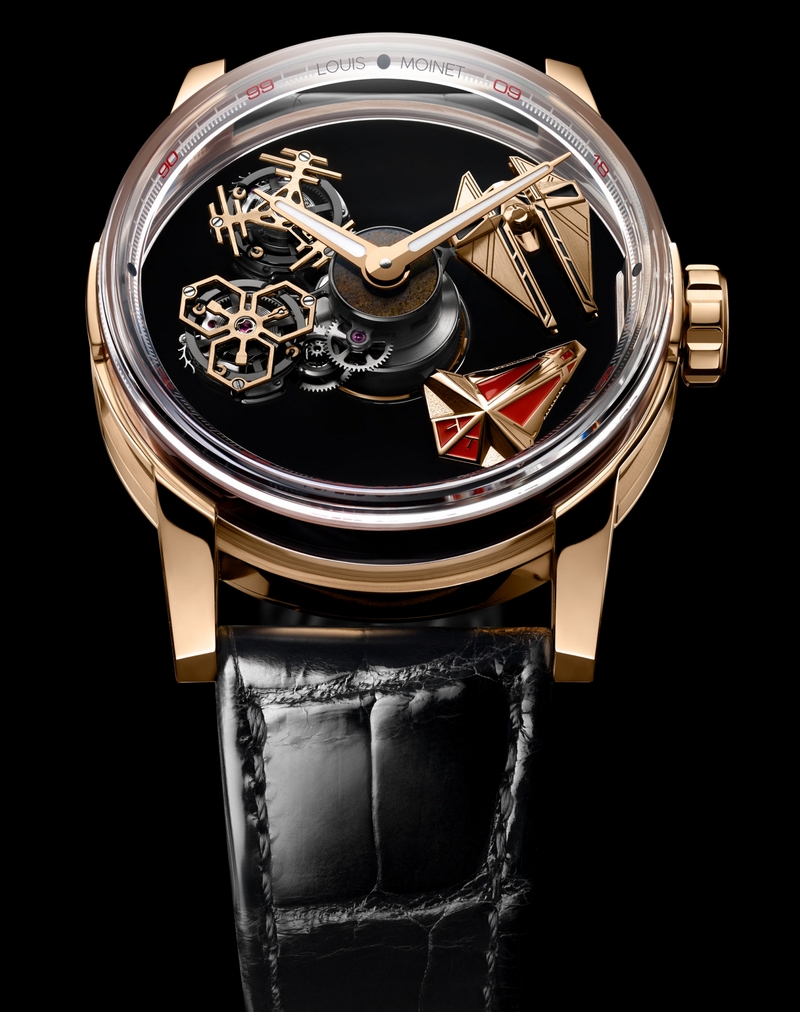 To ensure they can float freely in space, the craft weigh barely 0.5 grammes each and are made entirely from titanium, with a hybrid ceramic colour finish applied by hand. Their movement can be measured in terms of the speed of light – almost 300,000,000 metres per second. The depths of space have been reproduced by inserting a floating flange between the cylinder and the sapphire crystal dome.

“To establish the SPACE REVOLUTION as a landmark creation of its time, we had to set aside all our certainties. In a complete break with the past, the case has been fully redesigned. Made from polished, satin-finish gold, the base supports the sapphire crystal dome, allowing the magic to be admired from the side as well as from above. There’s movement everywhere you look: the two spaceships themselves, of course, plus the two flying tourbillon cages, whose satellites rotate on their own axis once a minute” explains Jean-Marie Schaller.

The movement comprises two oscillators, each equipped with a differential mechanism to provide greater precision. Each watch has over 470 components and six ceramic ball bearings to ensure perfect rotation and balance of all revolving parts (the spaceships, the tourbillon cages, and the centre of the titanium gold frame). Even the winding and time-setting mechanisms stand apart from other timepieces: a function selector integrated in the caseback toggles between the two.

To complement the deep space effect, cutting-edge technology endows the dial with light-absorbing properties, achieved by laser nano-structuring on a titanium base that creates wells to capture the light. 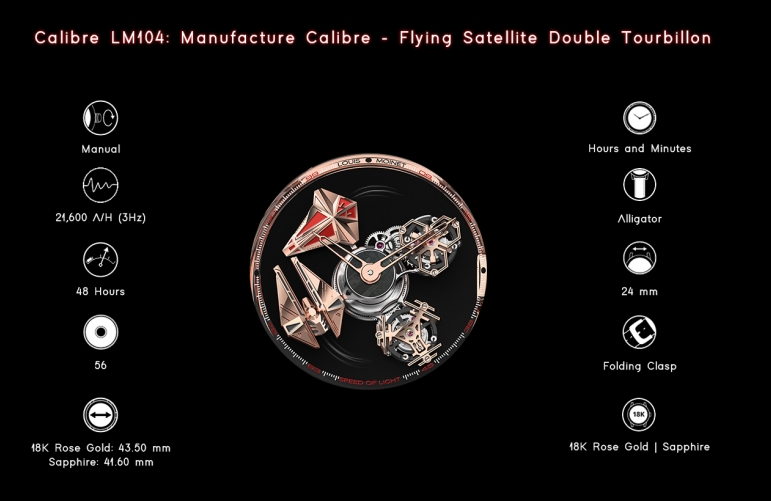 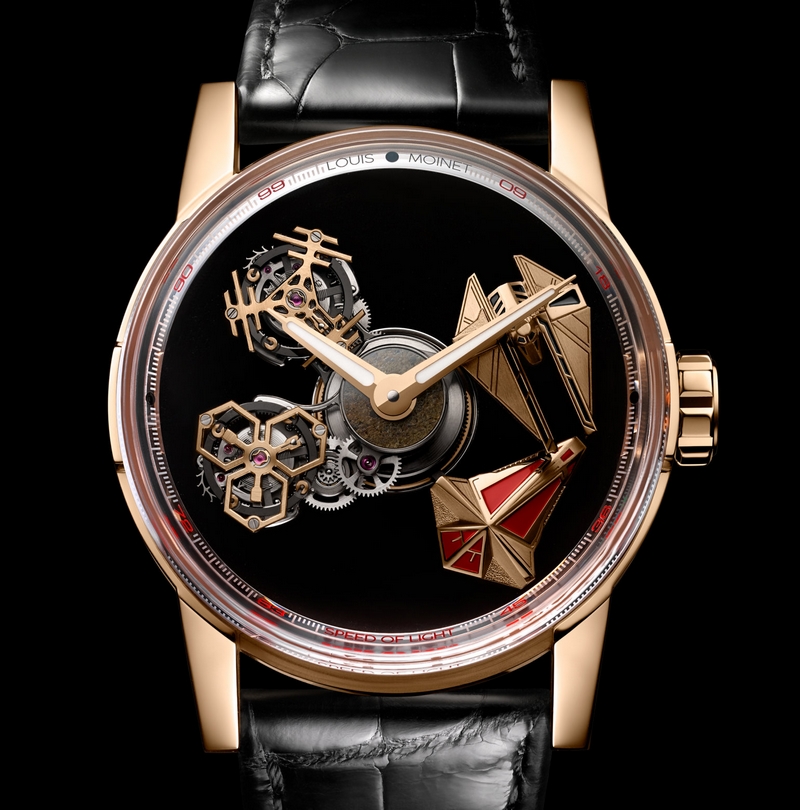 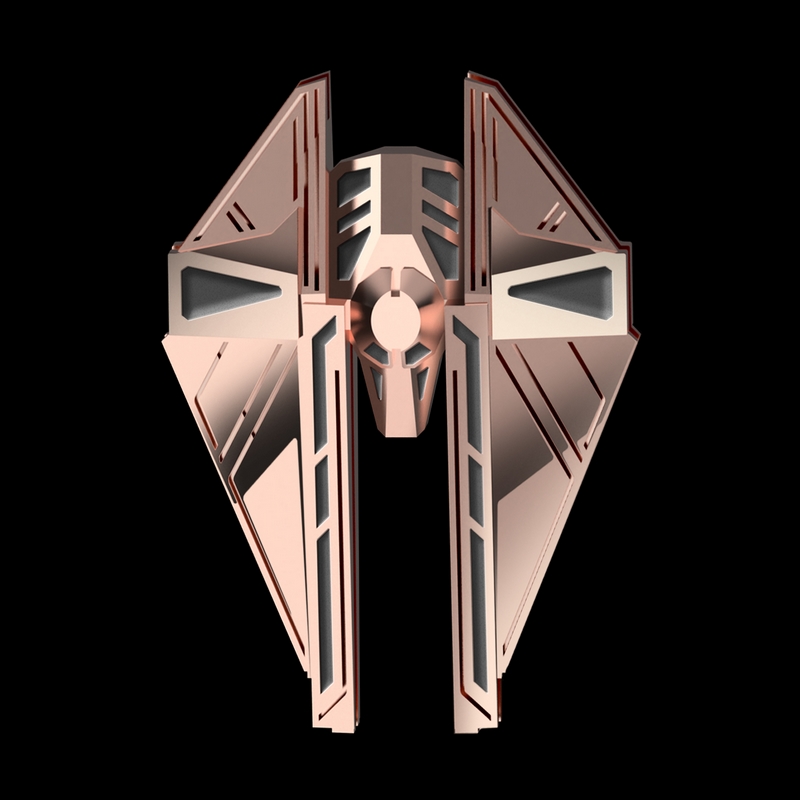 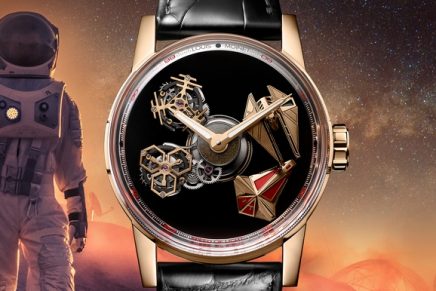 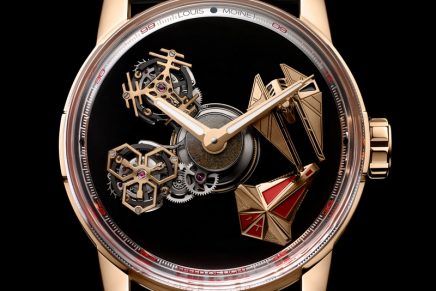 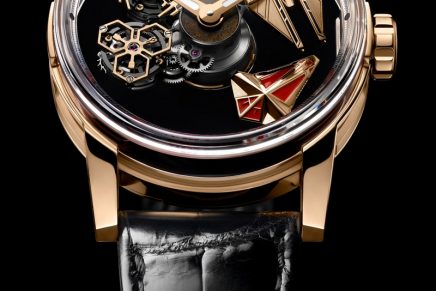 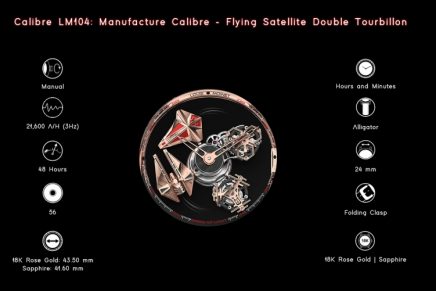 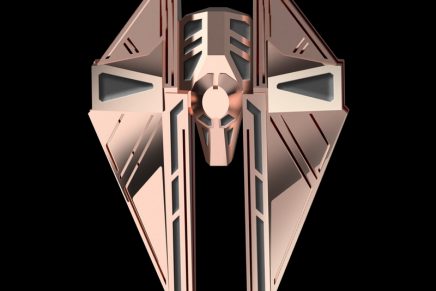