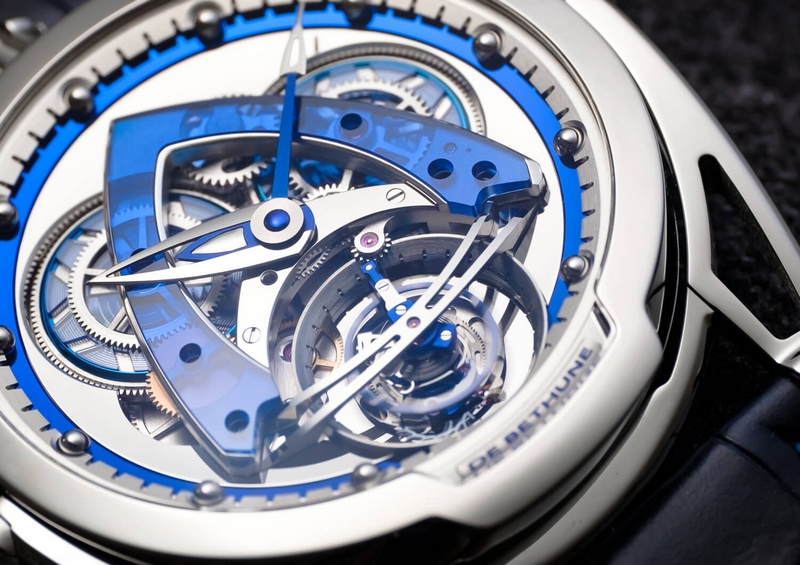 On the occasion of the Geneva Watch Days 2020, De Bethune, the high-end Swiss watch brand, presented the iconic DB28 Steel Wheels now for the first time equipped with a tourbillon. The movement’s delta bridge and two barrel covers are made of sapphire crystal.

A limited-edition of only 10 pieces, DB28 Steel Wheels represents the alliance of sapphire transparency, integrated into themovement, with the famous De Bethune tourbillon, the lightest ever made.

When the first DB28 was launched in 2010, De Bethune’s idea was to present a timepiece with an identity of its own and a resolutely futuristic vision of the art of watchmaking. The design naturally follows through in the spirit of the Manufacture’s creations. The distinctive shape of the case and the crown at 12 o’clock, inspired by pocket watches, are characteristic features of the contemporary aestheticism specific to De Bethune. It is on this timepiece that the patent for De Bethune’s unique, innovative floating lugs, designed to significantly improve comfort, acquired its full meaning. Since then, the DB28 – named Best Watch of the Year and awarded the Aiguille d’Or prize at the Grand Prix d’Horlogerie de Genève (GPHG) in 2011 – has never ceased to express past, present and future watchmaking culture through different variants.

Following through on a series of contemporary iterations, from Skybridge to the Kind-of-Blue, by way of the more recent DB28XP, DB28XP Starry Sky and DB28XP Tourbillon, De Bethune has time and again found a new way to reveal new facets of this design, already instantly recognizable by its sleek and taut lines.

The DB28 Steel Wheels came to be in 2018, under the sign of transparency and light, with the idea of opening the dial to reveal the contemporary architecture of its movement. Recognizable by its deltashaped bridge – a De Bethune hallmark – and its moon at 6 o’clock, the DB28 Steel Wheels fascinates with a multitude of different forms – hemispherical, concave, spherical. 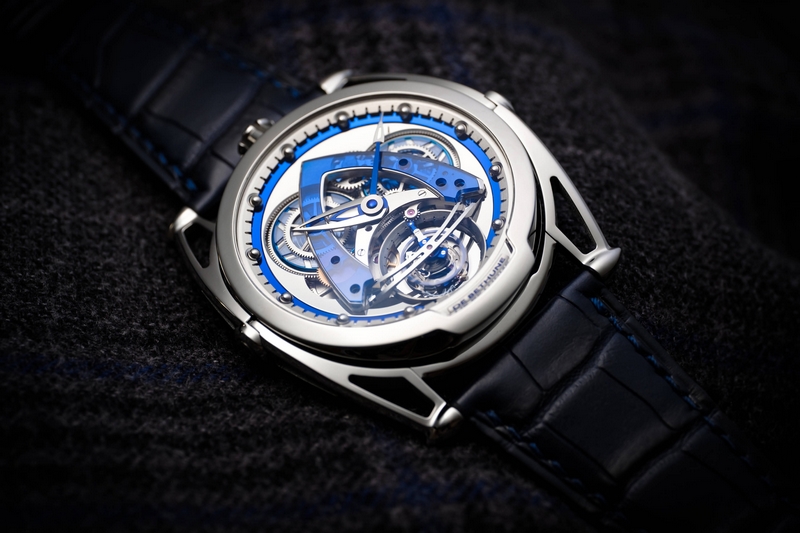 Each sapphire crystal component is encircled in polished titanium: A contemporary reinterpretation of stained glass.

Always in the spirit of taking things further, as far as possible, Denis Flageollet designed the sapphire glass components, cutting them by laser with utmost precision so they fit in perfectly with the forms, rises, angles, the teeth – the bridge as well as the barrel covers – all perfectly adjusted like lace of sapphire crystal.

To this is added a ring of polished titanium to circle each barrel cover. The sight of the delta bridge and two barrel covers in sapphire crystal is something never seen before, along with the cut of the glass, underscored on its periphery by the polished metallic grey line, accentuating a resolutely contemporary aesthetic. 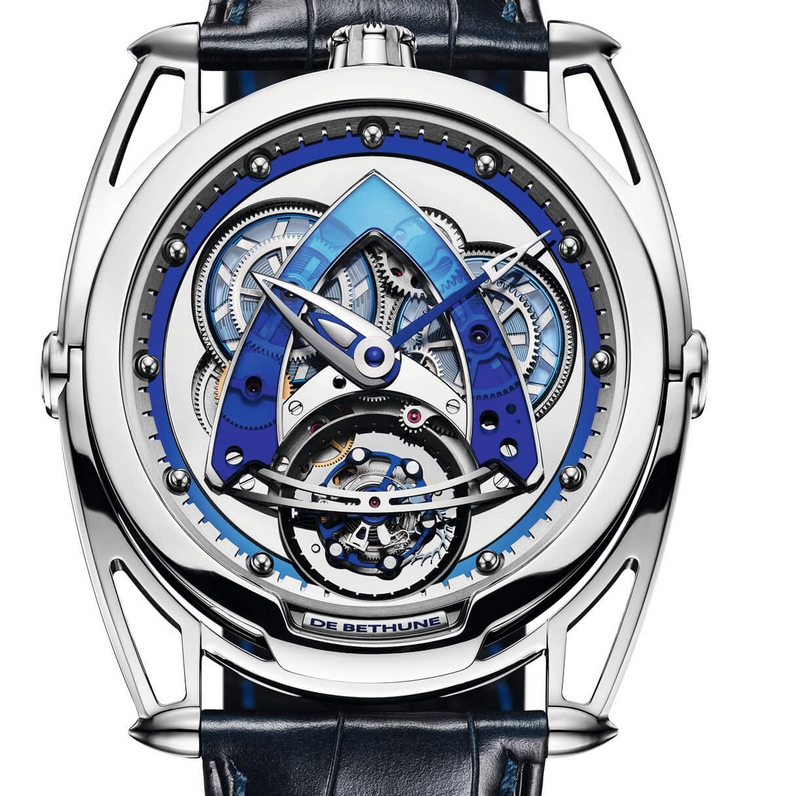 The tourbillon according to De Bethune: Why so small, so light, so fast?

Nowadays, a wristwatch is subjected to more action than may be safely and sufficiently compensated for. Changes in position are often abrupt and sometimes chaotic. Indeed, the kinetic forces inflicted on a mechanical watchmaking movement under normal wear conditions might seem quite staggering. Just as Breguet had invented the tourbillon to meet the constraints of marine watches, De Bethune designed a tourbillon for the new dynamics of wristwatches.

The laws of physics are unequivocal: To compensate for the sheer force of wrist movements, the tourbillon cage must be as light as possible and operate at maximum frequency and speed of rotation, all with weight and inertia at absolute minimums. Only then can it fulfill its function in a watch made for today. 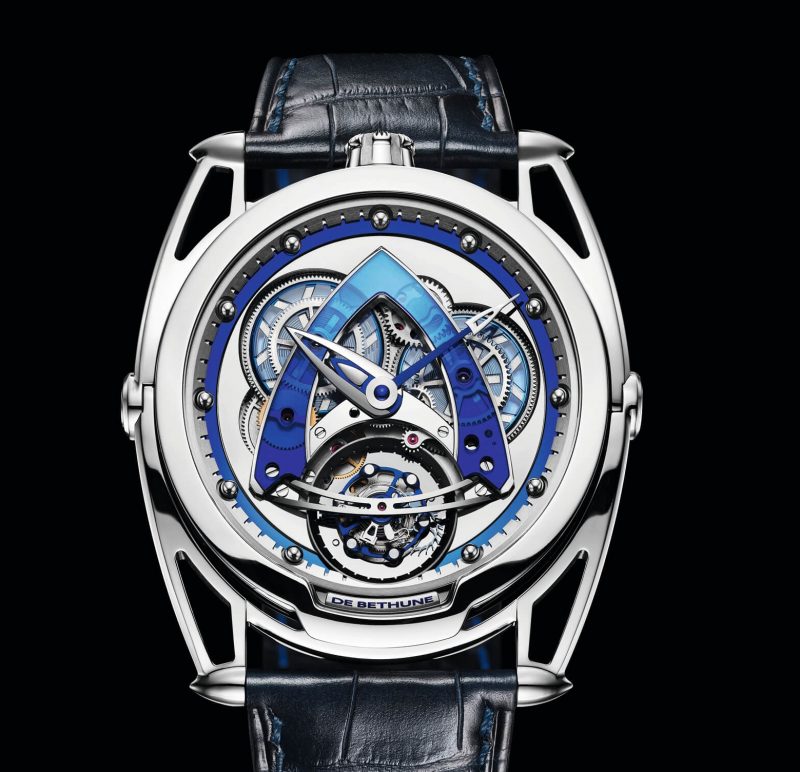 The tourbillon is a titanium and silicon creation that beats at a frequency of 36,000 vibrations per hour.

It features an extraordinarily lightweight cage (0.18 g, the lightest ever) that rotates on itself every thirty seconds and comprises 63 components (the lightest of which weighs less than 0.0001 g). Like a flying insect, a microscale exoskeleton keeps it all together. It is thus, so small, so light, so fast, that De Bethune’s tourbillon simply fulfills its function more ably for today’s watches. 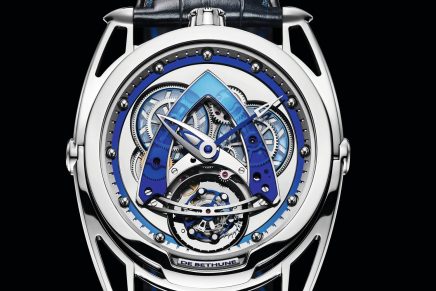 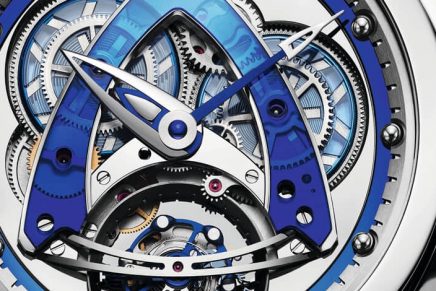 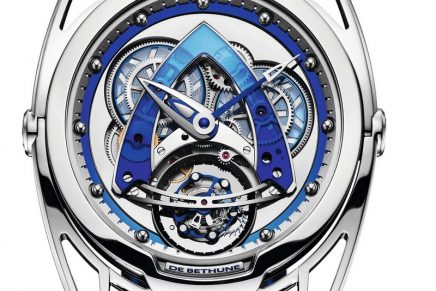 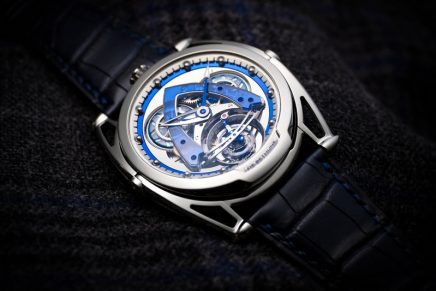 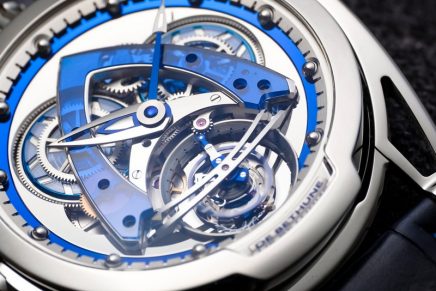