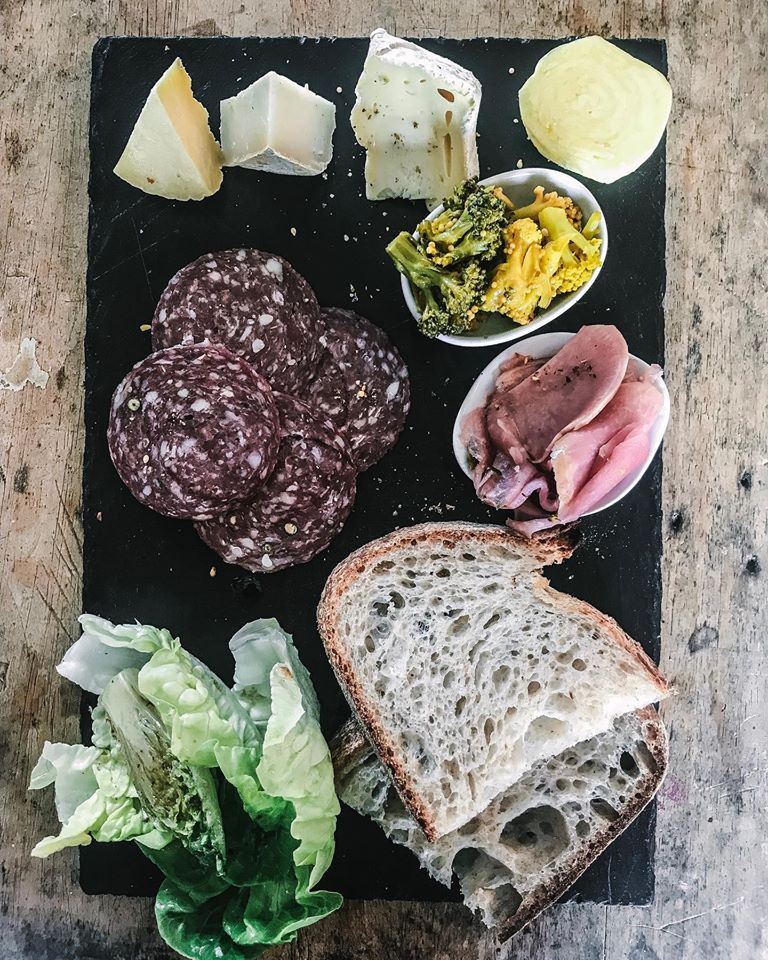 This article titled “Treasured Ireland: a gourmet’s guide to the island’s best food spots” was written by Aoife Carrigy, for theguardian.com on Tuesday 29th October 2019 17.26 UTC

Driving west along Killary harbour, with the heather-hued Connemara hills rising either side, there’s a bend in the road where you think you’ve seen the best of what Ireland’s only fjord can offer. And then you meet the Misunderstood Heron.

At one of the world’s coolest food trucks – so says the Lonely Planet – local woman Kim Young and her Argentinean partner Reinaldo Seco offer “fresh, local and never conventional” fare. Think smoked salmon from Cornamona in County Galway with homemade pickles, or empanada-inspired pasties of Killary lamb from the mountains above, and Killary mussels rope-grown in the bay below.

Like Charlie and Becky Cole of Broughgammon Farm on the Causeway Coastal Route, whose tacos of chorizo-spiced goat offal and raw milk cheese were named best snack at the British Street Food awards, Young and Seco are harnessing street food flavours to tell a fresh story about the places they love.

It’s hardly news that Ireland boasts beguiling green landscapes and wild coastal seascapes. A better-kept secret is that those lush fields and pristine waters make for world-class food produce – but the word is out, and today’s well-travelled cooks and chefs are embracing the island’s treasure trove.

A partnership with north County Dublin’s McNally Family Farm – whom Powell pays upfront for a share of their organic harvest – inspires dishes such as McNally pumpkin fritter, organic eggs and mustard greens with Toons Bridge Dairy halloumi and beet-whipped ricotta.

That collaborative spirit drives today’s modern Irish food scene, as chefs, producers and food creatives collectively explore just what Irish food might be. “Irish people are amazing for sharing knowledge. No one wants to keep a secret here!” Powell laughs.

Cornish-born Jordan Bailey was “taken aback” by that open generosity when he swapped a head chef role at Oslo’s three-Michelin-starred Maaemo to head up 24-seater destination restaurant Aimsir (Irish for “weather”). Bailey and his Danish wife, Majken Bech, who works front-of-house, had hardly landed in Kildare’s lush pasturelands when chefs such as Damien Grey, from hot Dublin restaurant Liath, were inviting them foraging. “It made us feel very at home.”

Boasting “95% Irish produce”, Aimsir’s 18-course seasonal tasting menu is born of a year-long deep-dive into the island’s natural larder by both Bailey and Bech. One signature Boyne Valley snack features whole-roasted violetta potatoes filled with a raw goat’s cream cheese and four-month-fermented heritage garlic. “We finish it with something different each season,” Bailey adds, “like Irish summer truffles from north County Clare, which were a gift from some visiting chefs.”

They join a brigade of talented Irish chefs responsible for clusters of Michelin stars scattered across the land. In Galway’s Aniar, ancient Irish cooking methods, wild herbs and sea vegetables are king, and at neighbouring Loam, produce from “collaborators” translates to dishes such as pollock, verbena and cep. Meanwhile, County Cork bagged three new Michelin stars in 2019.

Beyond these Michelin-sanctioned establishments, many chefs are happily ploughing their own figurative furrow. In Midleton, County Cork, Kevin Aherne of Sage committed a decade ago to a 12-mile ethos stemming from his desire to define “local”. “Today, we make our own black pudding, cure our own fish and pick our own leaves,” he says. His home kitchen overlooks the field where black Aberdeen Angus graze before being aged to Aherne’s spec by his local abattoir-butcher.

In Belfast, smart-thinking chef-proprietors such as Niall McKenna have built a loyal following around superlative local produce. “We’re spoilt,” reckons McKenna, whose James St restaurant was named casual dining restaurant of the year 2020. “I can ask for exactly what I want and my suppliers will always deliver.” It helps that those suppliers include Great Taste champions such as Ispíní Charcuterie or butcher Peter Hannan of Himalayan salt-aged Glenarm shorthorn beef fame.

Belfast has secured a reputation as a top dining destination, thanks to pioneers such as McKenna, Michael Deane and Ox’s Stephen Toman. Now their considerable influence is spreading within and beyond Northern Ireland, as more chefs swap city life for idyllic settings closer to the land and waters that inspire their cooking.

With neighbours – never mind views and produce – like that, no wonder Irish chefs are feeling lucky. And in an island like Ireland, which could be driven from Malin to Mizen in eight spectacular hours, everyone is a neighbour and strangers are only friends you haven’t yet met.

Forage for local flavours
Explore the north Leitrim glens with a Slow Food Adventure guided forage walk before a tour and lunch at Rossinver’s Organic Centre garden – until 30 November.

Take the foodie bus tour
From Comeragh mountain lamb, to rustic “blaa” bread rolls, County Waterford is famed for its food. Take Bus Bia’s morning tour to meet local producers before tucking into a hearty lunch – £39 per person, until 30 November.

For details on all these experiences and more, visit ireland.com/tastetheisland