The 10 most expensive cities for retailers 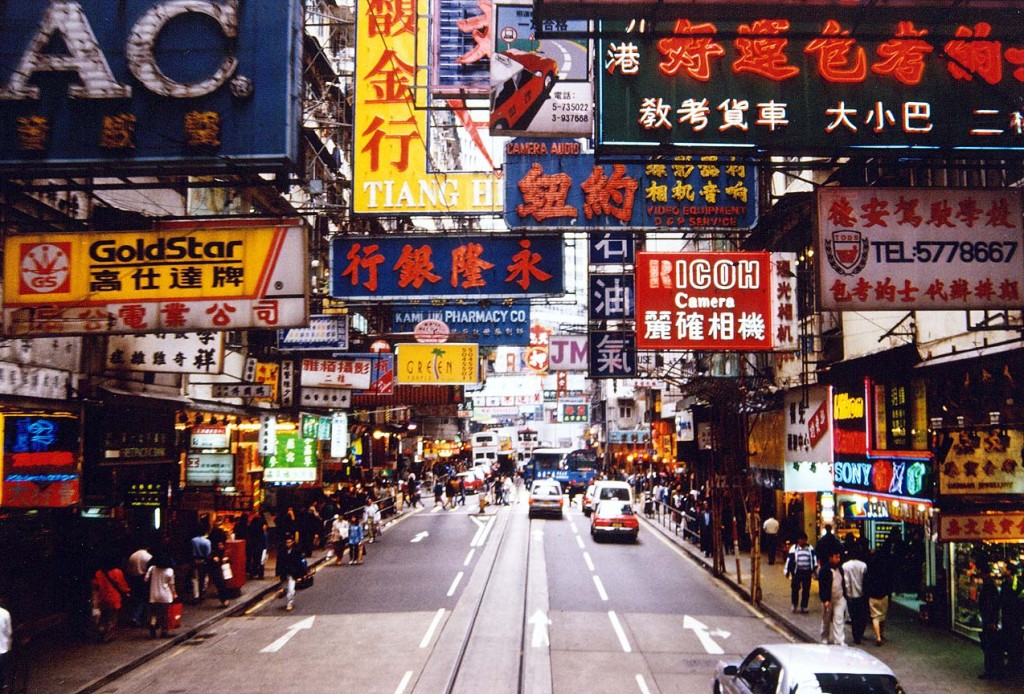 CBRE’s quarterly survey (Q1 2013), which tracks the top 10 most expensive prime global retail markets, reveals that strong demand from international retailers, coupled with a modest supply pipeline, has led to record-high prime rental rates. Leading the pack, Hong Kong continues to rank in a rental class distinctly above its global peers, recording prime rental rates during Q1 2013 of $4,328 per square foot per annum.

“Prime rents in Hong Kong stand at record highs as tenant demand is steady and inquiries from retailers looking to enter or increase their footprint in the city remain strong. Given that space is so expensive in Hong Kong’s prime shopping streets largely driven by continued demand from international luxury brands, many traditional retailers have moved into more “niche” secondary retail locations as they still want to be in the market, but have been priced out of the prime space,” commented Joe Lin, Executive Director Retail, Hong Kong, CBRE.

Ranking as the second most expensive global retail market, New York City ($2,970 per sq. ft.) welcomed several new national and global retailers in 2012 that were attracted by the market’s strong international tourism features. The pipeline for new retail space in New York City is low. However, a significant amount of prime space is available along Fifth Avenue between 49th and 59th Street.

Europe’s prime retail markets of London ($1,053 per sq. ft.) and Paris ($1,050 per sq. ft.) are holding steady, largely due to scarcity of supply and correspondingly high rent levels. As witnessed in Hong Kong, many new retailers to the Central London market have been forced to consider alternative locations. This is most apparent on Bond Street, where retailers have looked to alternative locations in Mayfair. Examples include the fashion retailer Oscar de la Renta, which has now opened a 2,000 sq. ft. store on Mount Street, with Celine also taking an 8,000 sq. ft. unit a few doors down. The openings represent the first UK store for each. 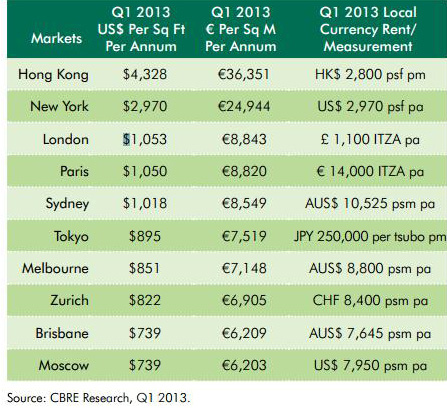 The tight supply of prime space throughout the Asia Pacific region helped maintain rent levels in Sydney, Melbourne, Beijing and Tokyo. In Sydney ($1,018 per sq. ft.), demand from international retailers (especially from the US) is high with many new brands set to enter the market in 2013.

Pacific markets gained prominence in the global retail rankings with Brisbane ($739 per sq. ft.) and Melbourne ($851 per sq. ft.) now ranking among the most expensive prime retail markets. Thanks to strong turnover and a limited supply forecast for Brisbane’s Queen Street Mall, prime rents as measured in local currency jumped 15% quarter-over-quarter. As a result, Brisbane’s prime retail rent ranking rose two positions to ninth place. Not only has Brisbane’s mining and other natural resources sectors supported the local economy, population growth is also serving to boost expectations for future retail growth prospects. As such, rental growth is expected to continue in line with the current trend.