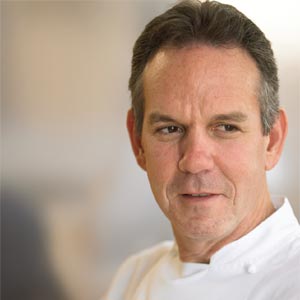 Thomas Keller has picked up the Lifetime Achievement Award ahead of The World’s 50 Best Restaurant Awards, taking place on the 30th of April at the London’s Guildhall.

The American chef, who runs the French Laundry restaurant in Yountville, California and Per Se in New York, joins greats such as Ferran Adrià and Juan Mari Arzak who have both been selected to recieve the much coveted Lifetime Achievement award: “I am extremely honoured to have been selected to receive this year’s World’s 50 Best Restaurants Lifetime Achievement Award”, Keller commented. “But what I am most excited about is the opportunity to celebrate this recognition with my friends and colleagues after the event! We’ve pushed the envelope and inspired each other through the years – we are all in this together.”

Keller is famous for his U.S. restaurants and has changed the menu at Per Se everyday since it opened – no mean feat and a rule that means the Per Se kitchen has served over 30,000 different dishes. In 2005 Per Se picked up its third Michelin Star, in 2007 he was chosen as the James Beard Foundation’s Lifetime Achievement winner and in 2011 Per Se was selected as the tenth best restaurant in the world on the World’s 50 Best Restaurants list, while The French Laundry topped the list for two years (in 2003 and 2004).

The chef has been at the top of his game for the past 10-years and this award is yet more recognition for his now long standing and highly successful career. He will pick up the title on the 30th April during the tenth Anniversary of the World’s 50 Best Awards, an event that Fine Dining Lovers will stream live.

Last week the spanish chef, Elena Arzak, was chosen as the Veuve Cliquot Female Chef of the year. Her and Keller will both be presented with their awards at the official ceremony on the 30th of April.

William Drew, Editor of Restaurant magazine, said: “Chef Keller has long been an inspirational figure in the restaurant world – not just to the numerous chefs that have worked under him but to many others who have tasted his wonderful food or simply admired it from afar. His restaurants’ ever- presence on the World’s 50 Best list is a testament in itself to the enduring brilliance of this most respected of culinary masters.“