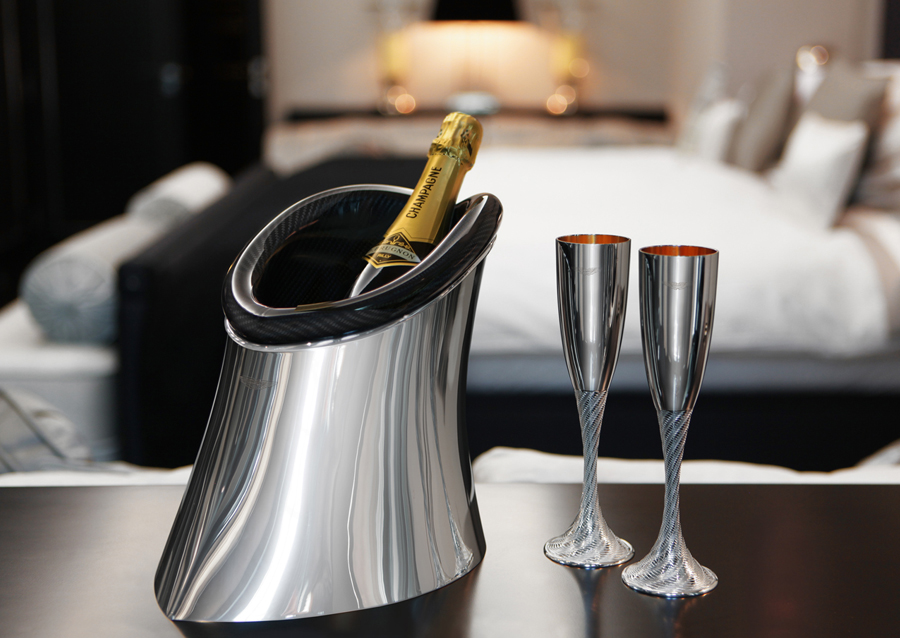 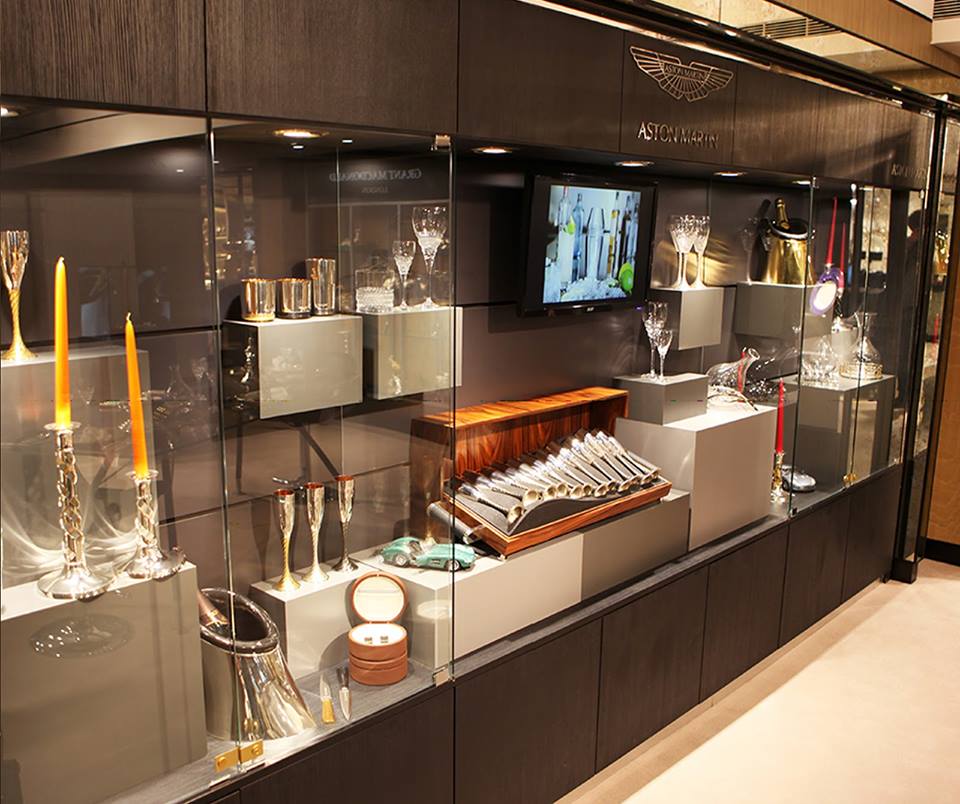 In 2011, Grant Macdonald has been officially named as silversmiths to Aston Martin under the name Silver by Aston Martin. Since then, London’s finest silversmiths and the multi-divisional luxury bespoke service company, inspired graceful forms in sterling silver, gold, carbon-fibre and other fine materials throughout the range. From luxury picnic hampers to replicas, tableware to gifts, the collection celebrates the very best in contemporary British design.

The latest addition to the range is the £17,750 One-77′ Aston Martin sterling silver bottle cooler sold in London’s famous department store, Harrods. Reminiscent of a car tyre, the carbon-fibre inner layer holds the ice and water, insulated by the polished sterling silver exterior to prevent condensation forming and to keep the interior cool.

‘The ice bucket I created for them is one of my favourite designs,” Grant Macdonald, co-creator of Silver by Aston Martin, told director magazine.

“I wanted to make a shape nobody else had ever seen and incorporate carbon fibre, which is a material used in Aston Martin cars. The bucket takes 60 hours of silversmithing to create and 10 hours to polish.”

‘I think the Aston Martin brand will give us a great future. It’s their 100th anniversary next year so I’m sure we’ll be involved in lots of exciting projects,’ added Grant Macdonald. 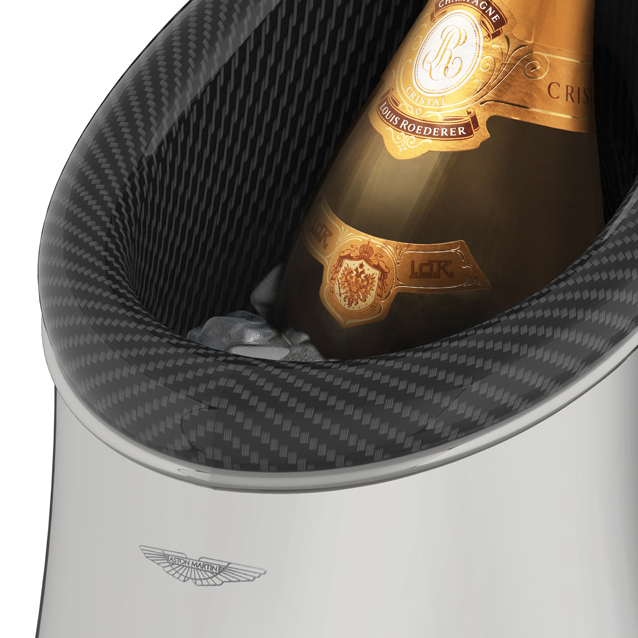 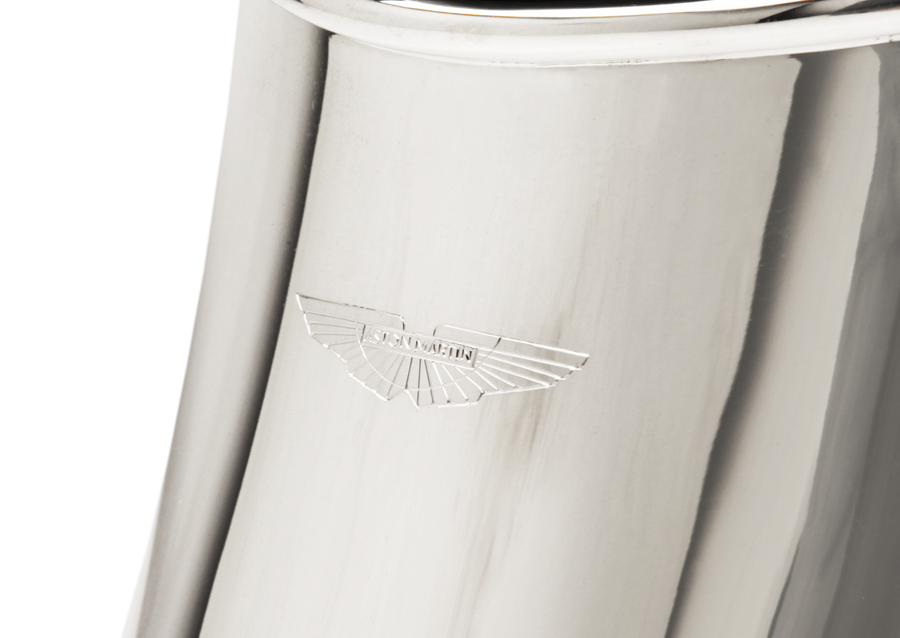 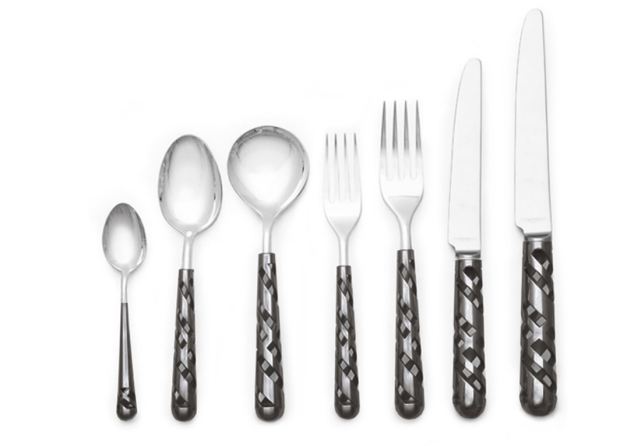 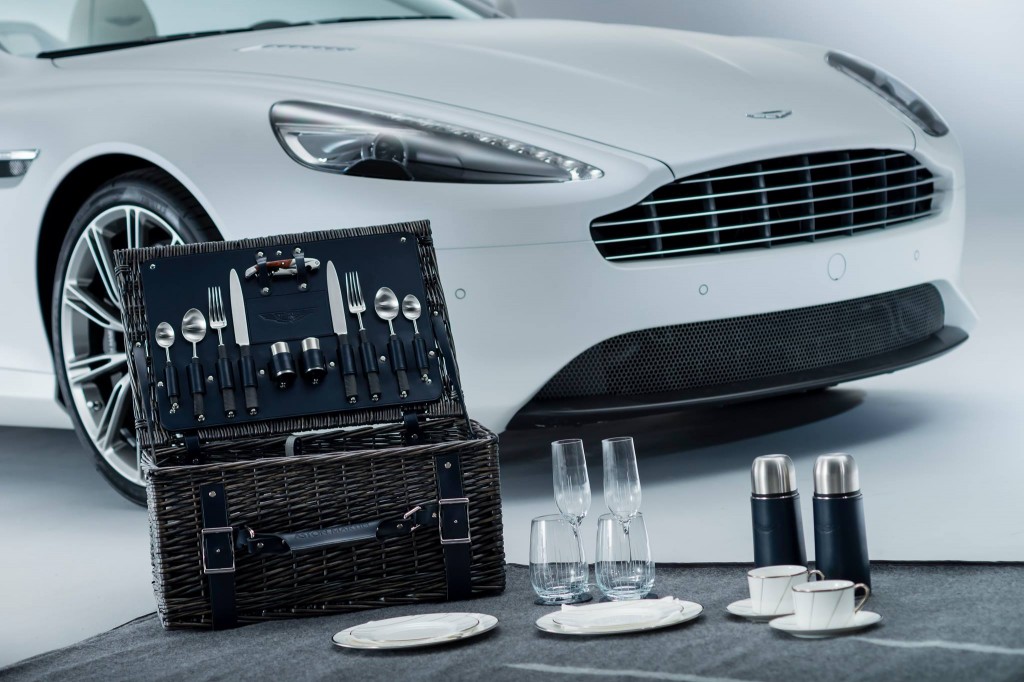 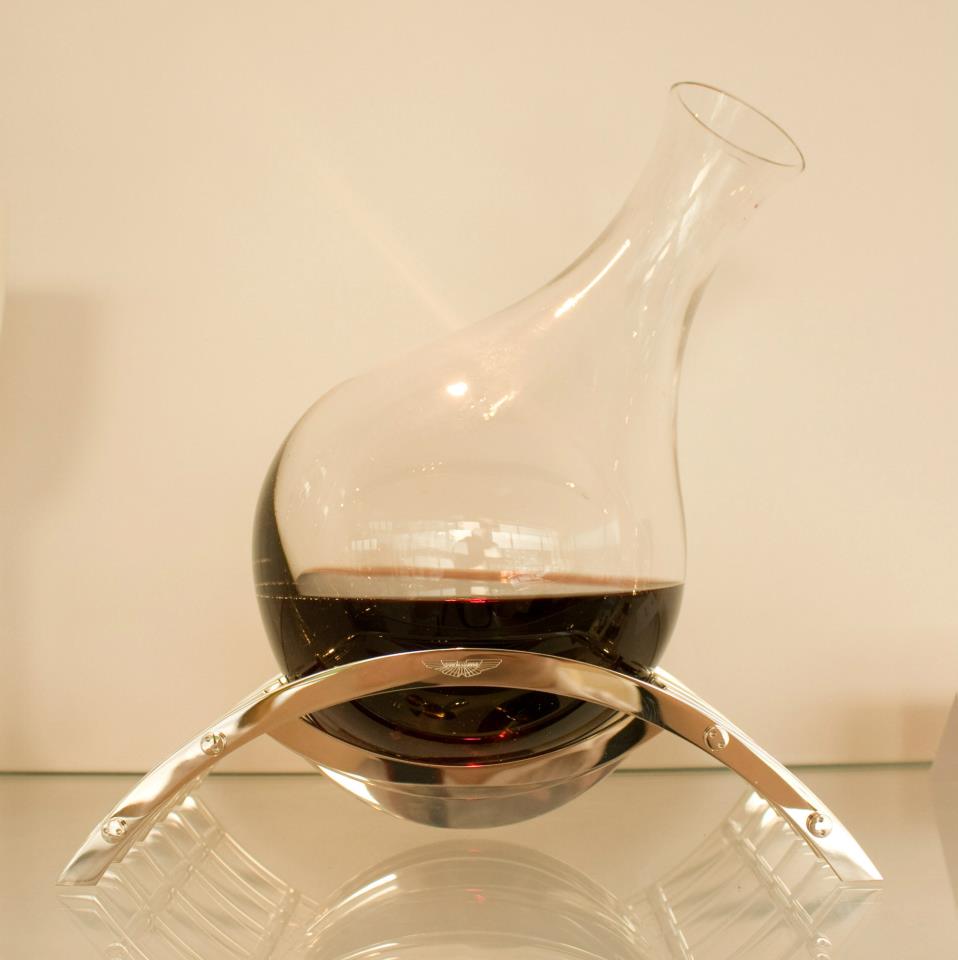 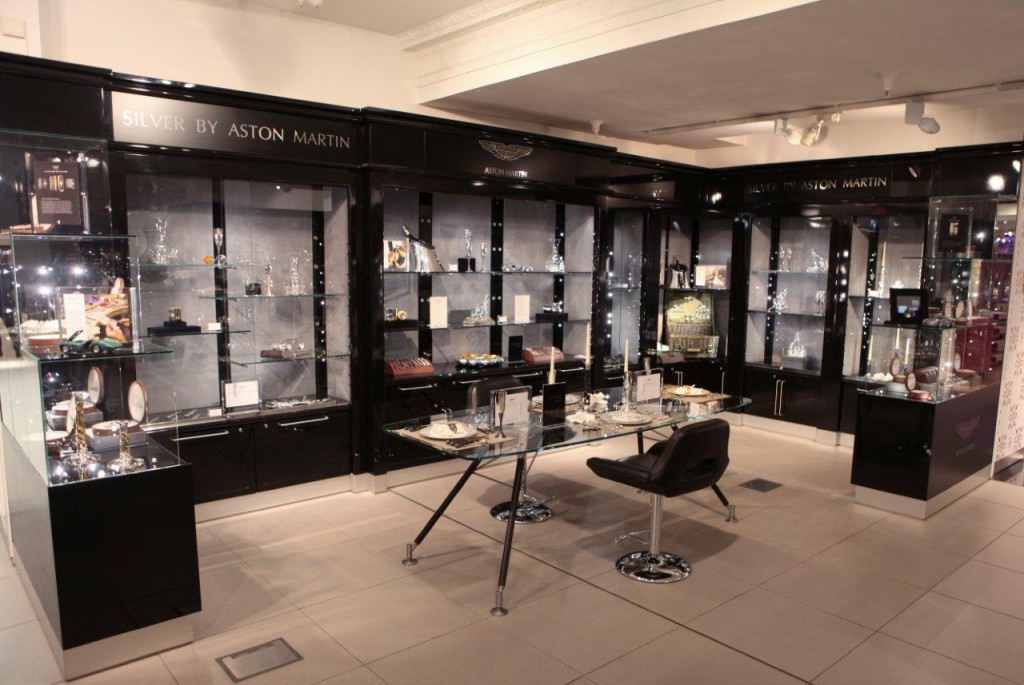 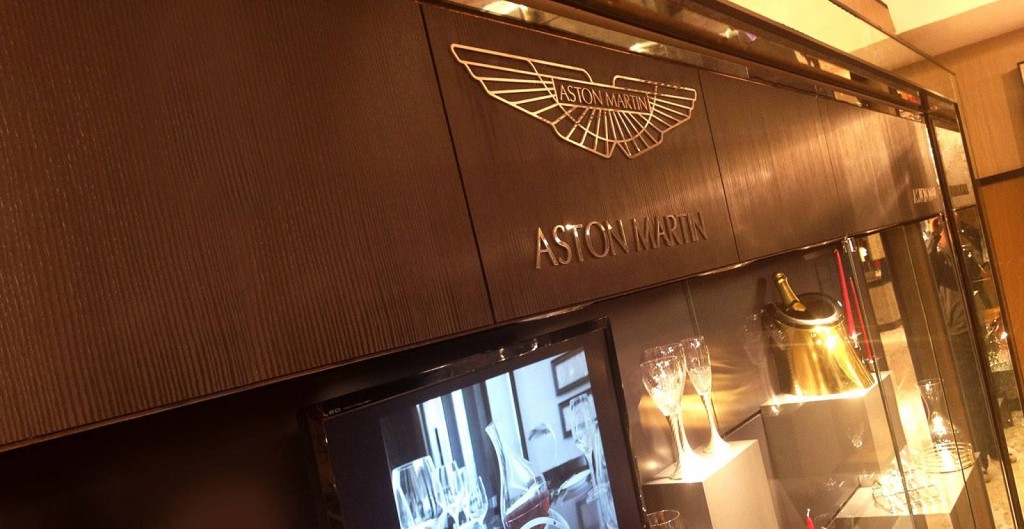