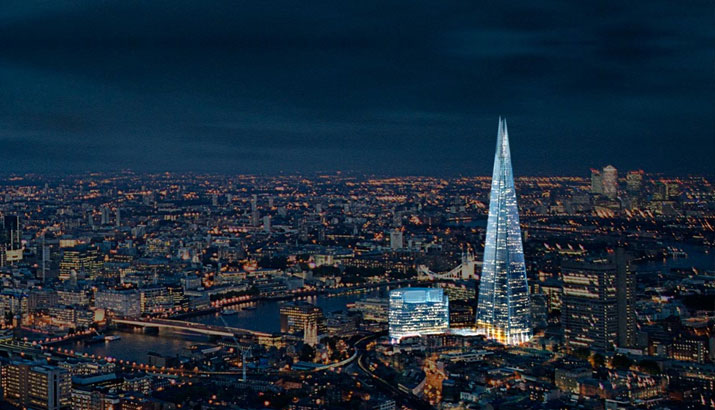 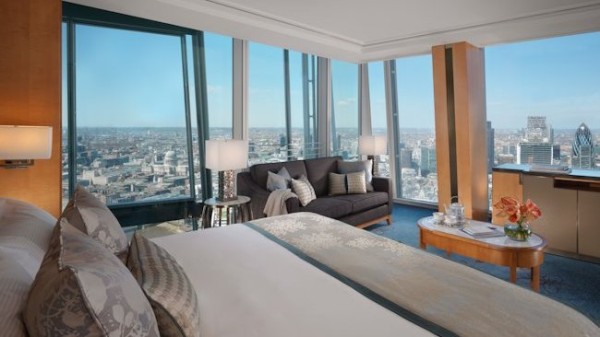 From May 6, London will have the tallest hotel in Western Europe and the first high-rise hotel in the UK’s capital. Hong Kong-based luxury hotel group Shangri-La will open its third hotel in Europe in The Shard. In 2010, the luxury hospitality chain debuted in Paris, and last year saw the opening of Shangri-La in Istanbul.

Offering unmatched views of London, Shangri-La will occupy levels 34 to 52 of the 72-storey Shard. Guests will be escorted in a high-speed elevator from the hotel’s dedicated entrance on St. Thomas Street to the sky lobby on level 35.

The hotel’s 202 guestrooms and suites will open from levels 36 to 50 and are amongst the largest in London. Because of The Shard’s spiral shape, each of the spacious guestrooms and suites, which range from 30 to 188 square metres, is individual in layout and design. All feature floor to ceiling windows and unrivalled views across the city, marble-clad bathrooms with heated floors, separate bathtubs, Acqua di Parma amenities and mirrors with integrated television screens. Over a third of these bathrooms have city views.

Some of the most stunning views are from the hotel’s three signature suites that will be unveiled in September. All signature suites overlook St. Paul’s Cathedral, Tower Bridge and down river towards the O2 Arena. The jewel in the crown is the Shangri-La Suite, situated on level 39, providing 180-degree views of London. From the Palace of Westminster and Big Ben to the Tower of London, the view encompasses the River Thames with the Canary Wharf, Tate Modern, Shakespeare’s Globe Theatre and Maritime Greenwich dotted along the meandering waterway.

The hotel will be open for advance rooms, events, restaurant and lounge bookings from 17 March, with opening room rates starting at £450 per room per night. 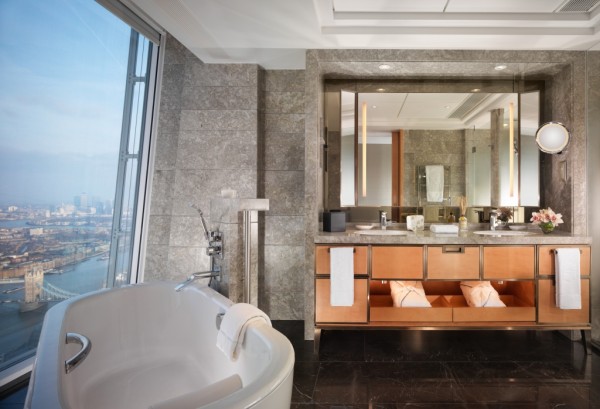 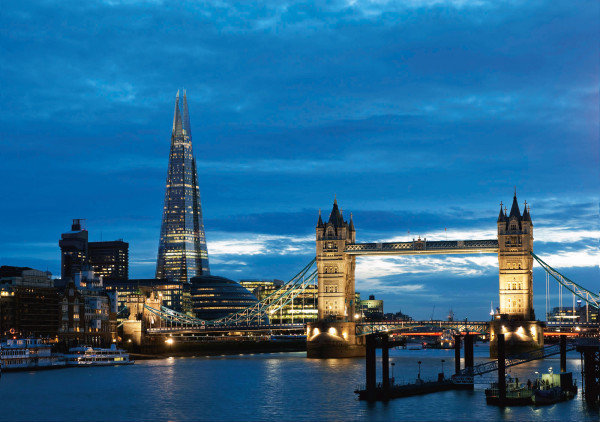