In addition to an increase of 27 horsepower, the 911 Turbo S Exclusive Series distinguishes itself from other 911 Turbo S models with its unique design, specialty materials, and luxurious details. This new Coupe from from Porsche makes 607 horsepower and is limited to 500 units worldwide. The sports car is being meticulously finished by hand in the new Porsche Exclusive Manufaktur at Porsche AG’s headquarters in Stuttgart- Zuffenhausen. Previously known as “Porsche Exclusive,” the in-house workshop specializes in customization and is responsible for limited-edition vehicles. For the first time ever, Porsche customers can have the optional matching chronograph from Porsche Design configured in the same specification as their car. 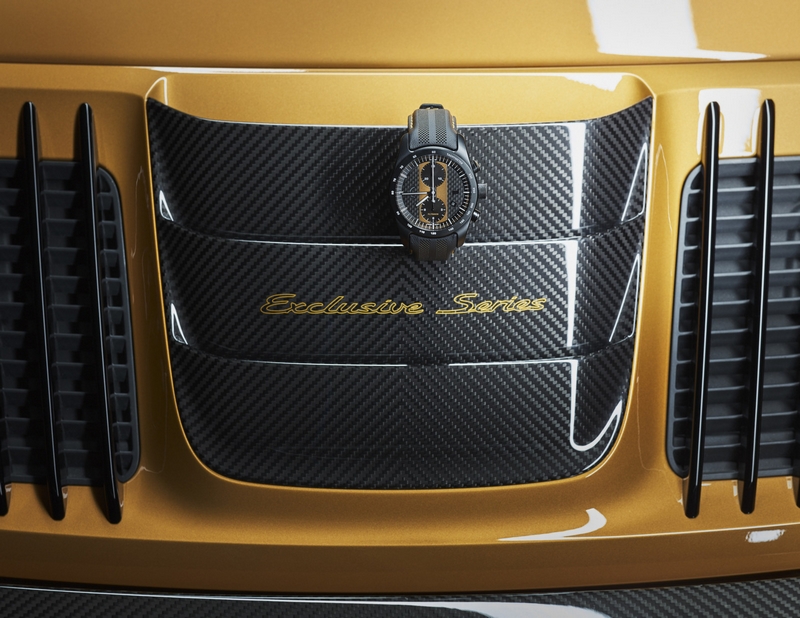 For more than 30 years, Porsche fans have been able to enjoy extensively customized individual components. With the introduction of this new limited production vehicle, Porsche is beginning a new chapter: Porsche Exclusive will now be presented across the globe with the new “Porsche Exclusive Manufaktur” brand. This in-house workshop specializes in custom Porsche modifications. The range of services available also includes customer consultation, developing special equipment options for each model range, and producing limited production cars.

What makes the Porsche 911 Turbo S Exclusive Series Coupe so distinctive is the exclusive Golden Yellow Metallic paint finish and various carbon fiber components, including the front trunk lid, roof, and side skirts. The 18-way adjustable sports seats are covered in perforated leather. The inside layer has two stripes in Golden Yellow, creating a unique effect. The seams and the Turbo S lettering stitched into the headrests are also finished in Golden Yellow, and the roof lining is made of Alcantara with a Golden Yellow double-stripe look. Fine copper thread is integrated into the trim strips of the carbon fiber interior package. The plate featuring the limited-edition number on the passenger’s side underlines the car’s exclusivity. The door sill guards, also finished in carbon fiber, include illuminated Exclusive Series lettering. 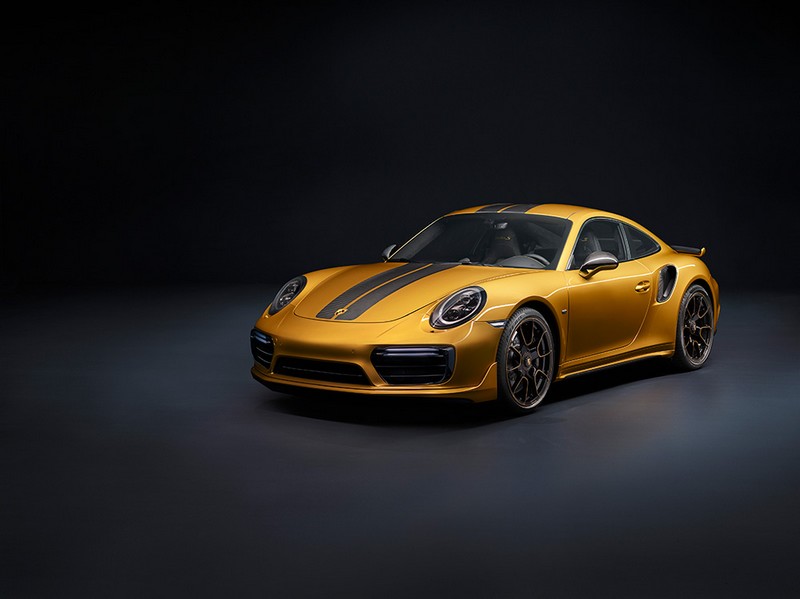 The 3.8-liter, twin-turbo flat-six engine with a power kit delivers a maximum torque of 553 lb.-ft. between 2,250 and
4,000 rpm. This results in the 911 Turbo S Exclusive Series Coupe accelerating from 0 to 60 mph in 2.8 seconds, and it
takes 9.6 seconds to cross 124 mph making it 0.3 seconds faster than the standard 911 Turbo S. The top track speed is
205 mph. The 911 Turbo S Exclusive Series comes standard with 20-inch center-lock wheels painted in black, with
highlights carefully finished in Golden Yellow Metallic using a new laser technology. 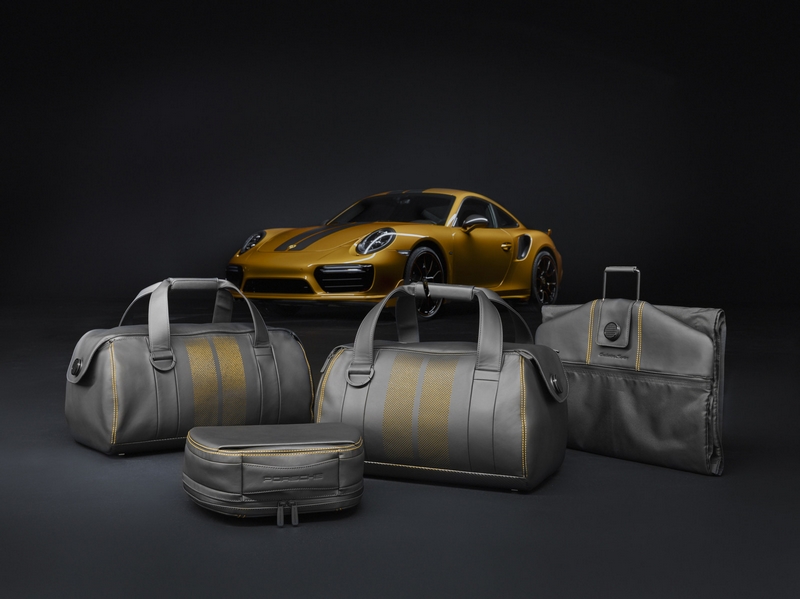 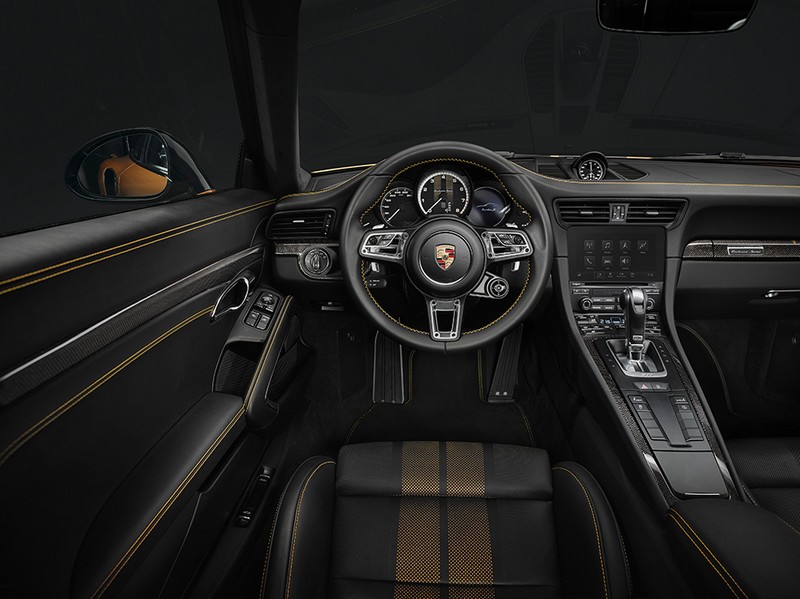 Customers can also enjoy the unique Exclusive Series design outside their vehicle with the leather Exclusive Series luggage set that has been developed especially for customers who buy a vehicle from the limited production vehicle. 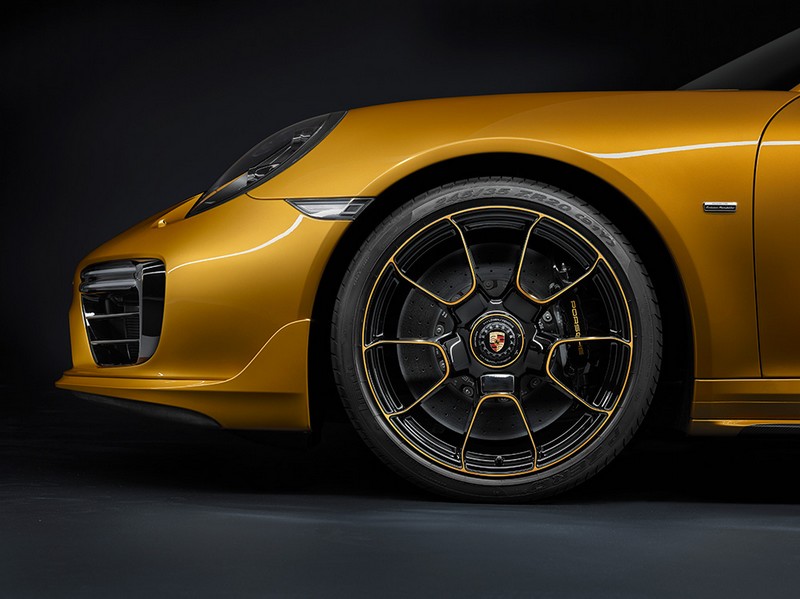 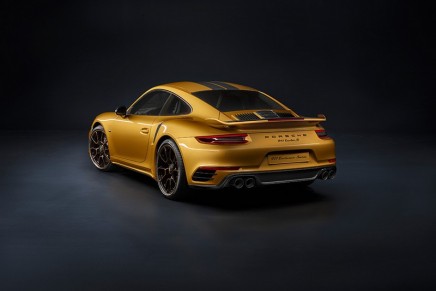 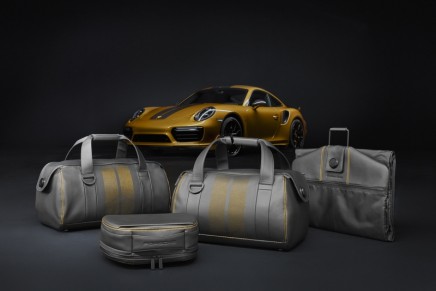 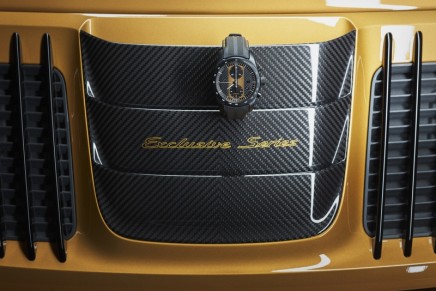 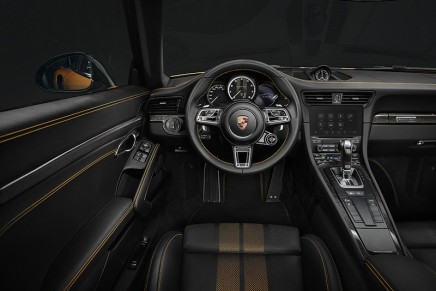 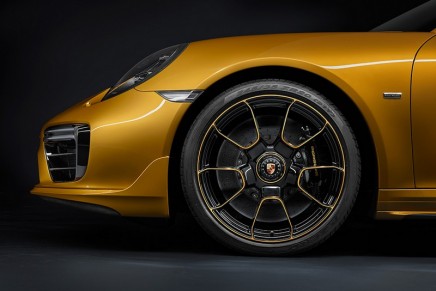 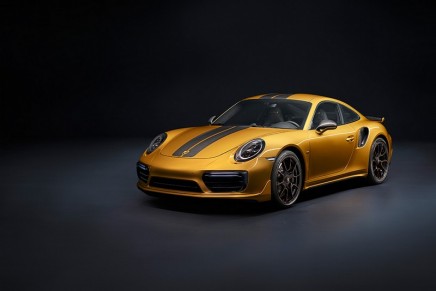