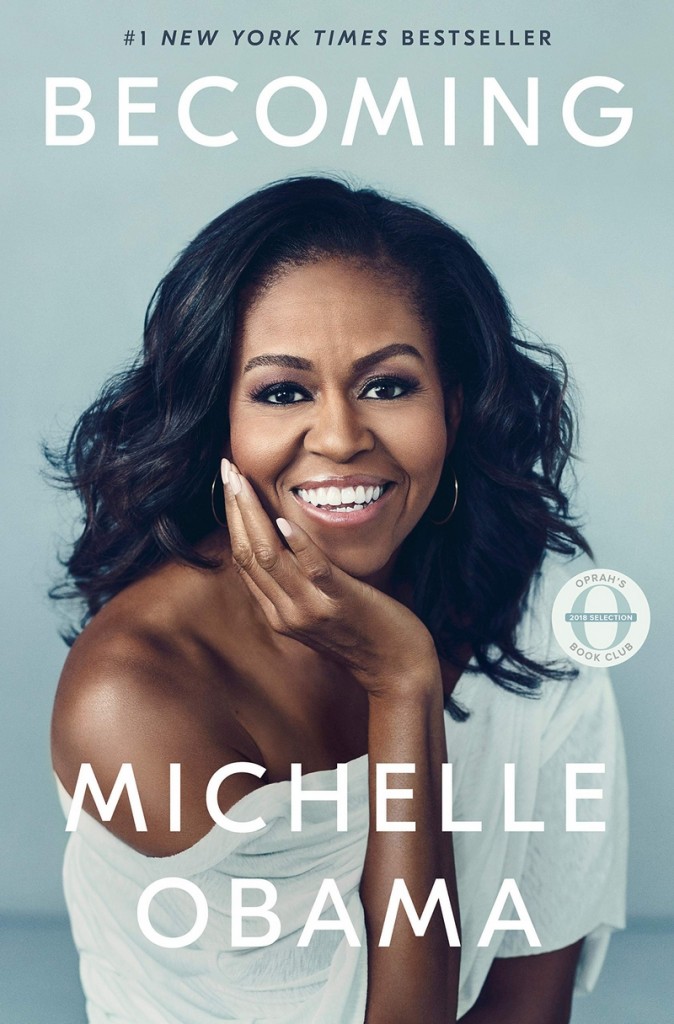 This article titled “The fashion diplomat: what Michelle Obama wore on her book tour” was written by Morwenna Ferrier, for The Guardian on Friday 19th April 2019 10.57 UTC

As Michelle Obama enters the final month of the global book tour for her memoir, Becoming, it would be remiss to comment on book sales – 10m since its November publication and growing – without discussing the optics of the tour itself. Most notably what she wore.

This week, in Paris, that culminated in a pair of striped orange pyjamas by the London-based, Serbian-born designer Roksanda, not yet on sale, that ticked two boxes. First, the colour, living coral, the shade of 2019 according to the colour-matching system Pantone, and second, the mood. Part of fashion’s fastest-growing category – loungewear is worth £1.5bn, according to Mintel – pyjamas are a surefire way to promote a sellout arena tour hinged on intimacy.

“Michelle Obama’s character is all about authenticity and intimacy, so it’s an utterly deliberate choice,” says the fashion psychologist Prof Carolyn Mair. “A pair of pyjamas worn on stage makes you feel as if you are in a private moment even if you’re surrounded by 10,000 people.” They are also bang on trend as fashion’s relaxed power suit, and appeared on the spring catwalks at Dolce & Gabbana and Fyodor Golan.

The book tour was always going to challenge convention when it came to the clothes. Even as first lady, Obama strayed from protocol to wear everything from designer to high street. During her 10-city, 11-stadium tour of the US, Obama wore a host of designers including Givenchy, but since heading to Europe, she’s assumed a strategy known as fashion diplomacy – using designers from the country she’s in. In London she wore custom Stella McCartney. In Copenhagen, Danish label Stine Goya.

This too is deliberate. For almost a decade, Obama has worked with the stylist Meredith Koop. Together they created an aesthetic referred to by the media as “Obama style” – one focused on supporting emerging talent without breaking the bank, and without resorting to a uniform. Koop, discussing the book tour, told the New York Times that “a lot of her message is about connecting to younger individuals. So what does all of that look like?” Stine Goya is not cheap, but it is the sort of thing young Danish women wear.

Obama’s wardrobe might have changed tack slightly, becoming edgier and more on-trend – but its power is not new. David Yermack, a professor of finance at NYU Stern School of Business, tracked her 189 outfit-strong wardrobe during the first year of her husband’s presidency and published the findings in Harvard Business Review. In an interview with NPR, he claimed the Obama effect – the value of having Michelle wear a designer’s clothes – “was worth about $38m”. It is likely the same will happen with the book tour (most of the pieces are from the autumn collections, meaning they are not yet on sale).

Related: Amazing grace: Michelle Obama and the second coming of a style icon

Obama’s use of nonverbal cues became one of her most powerful ways to outline her position away from her husband’s. But if she became familiar with the useful, if reductive, role of “empathic” dressing, she was also aware of the ramifications. “It seemed that my clothes mattered more to people than anything I had to say,” she wrote in her memoir.

Mair says: “If she ever resented that side of things, here she has decided to play to it – and more power to her. She is aware of her sociocultural influence. Without being too cynical, what better way to sell books?”