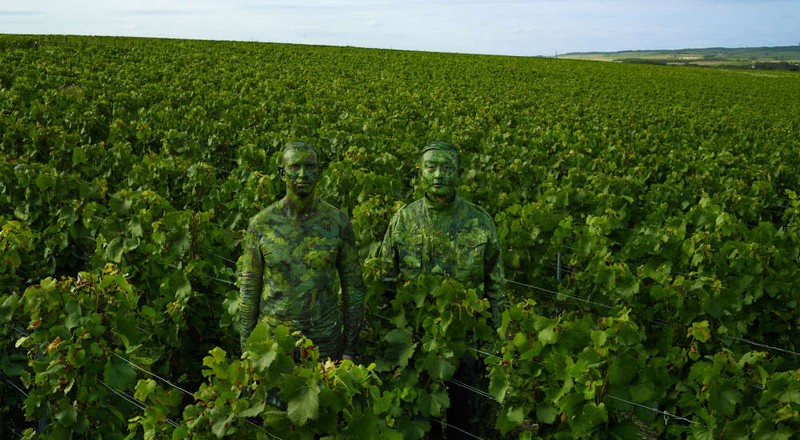 Ruinart has had a long-standing relationship with the Arts. In 1895, Andre Ruinart asked Czech artist Alphonse Mucha to illustrate a poster of Ruinart. Today the brand is still closely involved with Contemporary Art and plays a role in numerous international events such as ARCO, the Foire de Bale, the Carre Rive Gauche, London Design, and Miami Art Basel.

For its 2018 art commission, Ruinart chose Chinese artist Liu Bolin, who reveals the exceptional heritage of the world’s first champagne house in a series of photograph-performances that feature members of Ruinart teams. Liu Bolin is recognized worldwide for a unique art form with powerful impact. 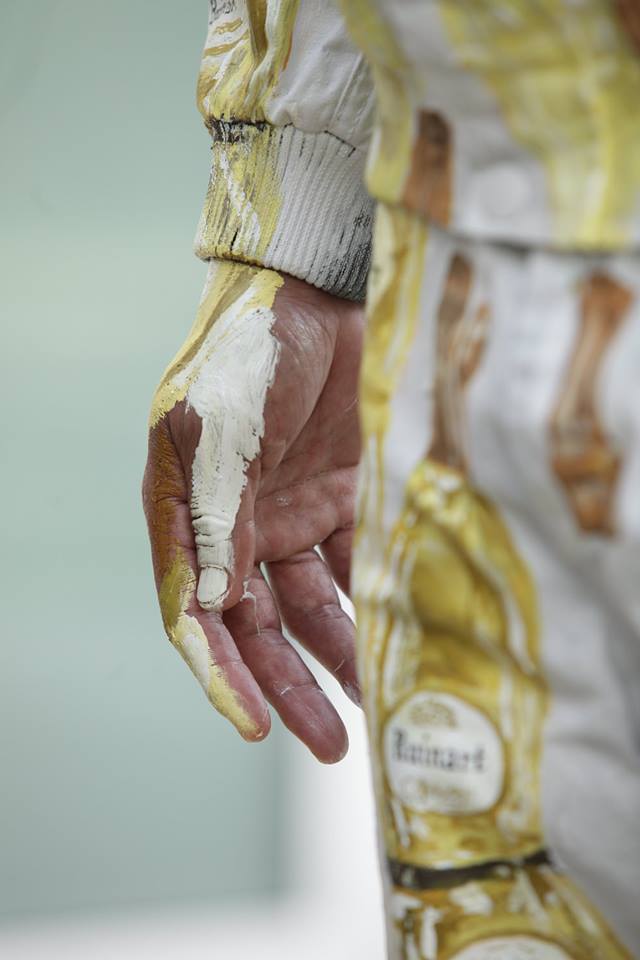 Ruinart’s collaboration with Liu Bolin led to a stunning series of photograph-performances depicting encounters with the Maison’s employees during different stages in champagne production. By making the human form disappear, the artist reveals the expertise of women and men who work anonymously, while highlighting Ruinart’s close relationship with nature.

“When I began my research into Ruinart, I learned about the unique know-how of the world’s oldest champagne house and the exceptional beauty of the historic place, which is a listed Unesco World Heritage Site. I was impressed by the team’s expertise and how the surrounding natural resources are put to use in the production of champagne. From the vineyards to the chalk cellars, whose temperature and humidity are ideal for wine production, Ruinart winemakers draw the best from nature without causing harm. I wanted to use this series to showcase their
work,” Liu Bolin explains.

Liu Bolin brings a collective dimension to his work by posing in the photographs with Ruinart employees, honoring their work. The Chinese artist used the jackets he wears for his performances to elegantly decorate ten wooden boxes, each one with its own number. Inside the box is a jeroboam of Ruinart Blanc de Blancs. 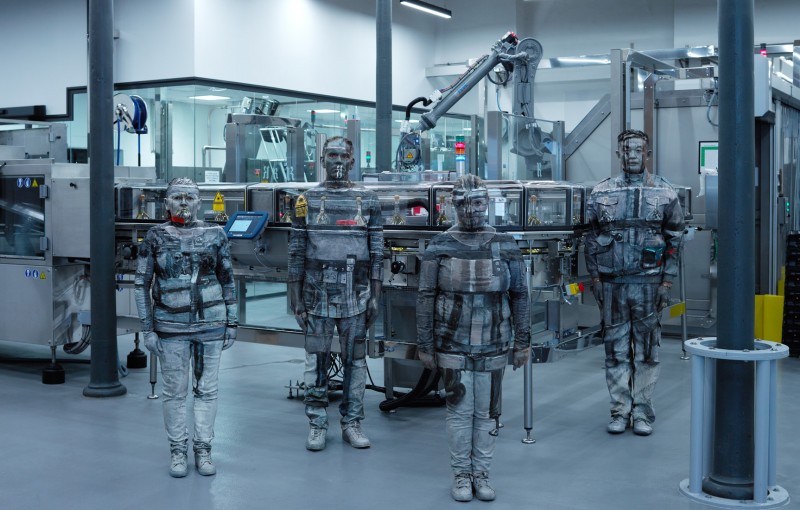 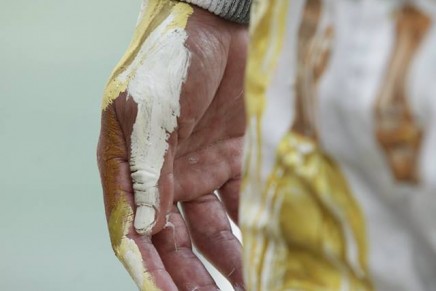 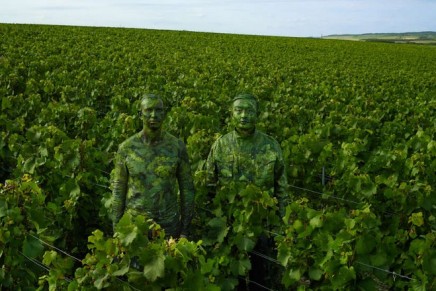 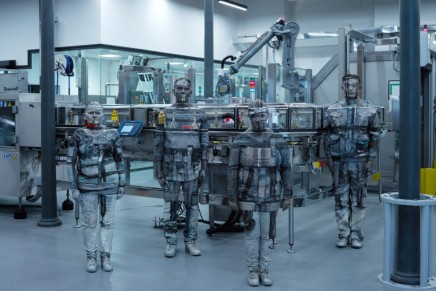