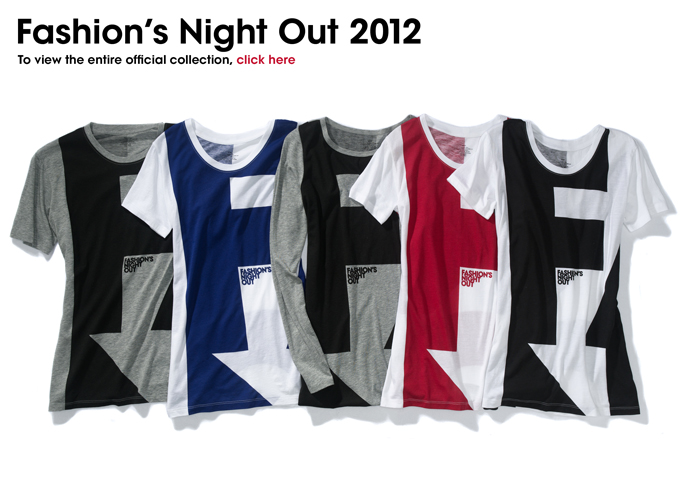 The annual Fashion’s Night Out is expanding worldwide with 19 countries. On September 6, 2012, editors, stars, models, fashionistas, and designers will flood stores in cities across U.S. and around the world for fashion’s most iconic extravaganza, special limited-edition products, celebrity appearances, and top in store performances.

Last year’s bash featured events in eighteen countries and more than 4,500 events in the States alone, featuring special
limited-edition products, celebrity appearances, and unforgettable performances. FNO 2012 promises to be even bigger and
better!
Fashion’s Night Out dates for 2012