Milan is, certainly, a city where creativity in design, fashion and culture flourishes unhindered. This year’s Salone del Mobile in Milano promises to be an edition with plenty of new ideas and initiatives and a dress rehearsal for Expo 2015. which will take place in Milan.

Milan is once again the international furniture and design capital. The 53rd edition of the Salone Internazionale del Mobile has been split, as usual, into three style categories – Classic, Modern and Design. More than 1,400 exhibitors from Italy and around the world will be showcasing their products at both the Salone and the International Furnishing Accessories Exhibition.

This year marks the 5th edition of the SaloneSatellite Award for the 3 best projects chiming with the goods being showcased at the trade fair, fostering contact between the under-35s and the companies exhibiting at the Salone.As always, the wide-ranging trade fair itself will be accompanied by a collateral event, curated by Francesca Molteni e Davide Pizzigoni, entitled “Where Architects Live.” Shigeru Ban, Mario Bellini, David Chipperfield, Massimiliano and Doriana Fuksas, Zaha Hadid, Marcio Kogan, Daniel Libeskind and Bijoy Jain/Studio Mumbai, eight leading international architects, will throw open the doors of their “private homes,” presented in pavilion 9.

The installations will trigger crosscutting reflection on contemporary architectural methods, practices and trends, illustrating what designing a house entails today.

The Salone’s manufacturers will include high-end furnishing companies such as Hästens, Kvadrat, Iittala, Tom Dixon, and upmarket fashion brands such as Ferré, Pierre Cardin and Ungaro, making the wide range of goods on offer even more tantalising. Some very well-known names will be back on the stands: Flötotto, Gebr. Thonet, SCP, Thonet, Treca, Wittmann.

All the leading Italian and foreign kitchen manufacturers will be exhibiting at the 20th edition of EuroCucina,International Kitchen Furniture Exhibition, ranged over 25,000 square metres, in the four dedicated pavilions. Alno, Cesar, Dada, Mobalpa, Pedini, Schiffini and Valcucine will be back at EuroCucina, a global benchmark event, with a huge range of different types of furnishing and style solutions. 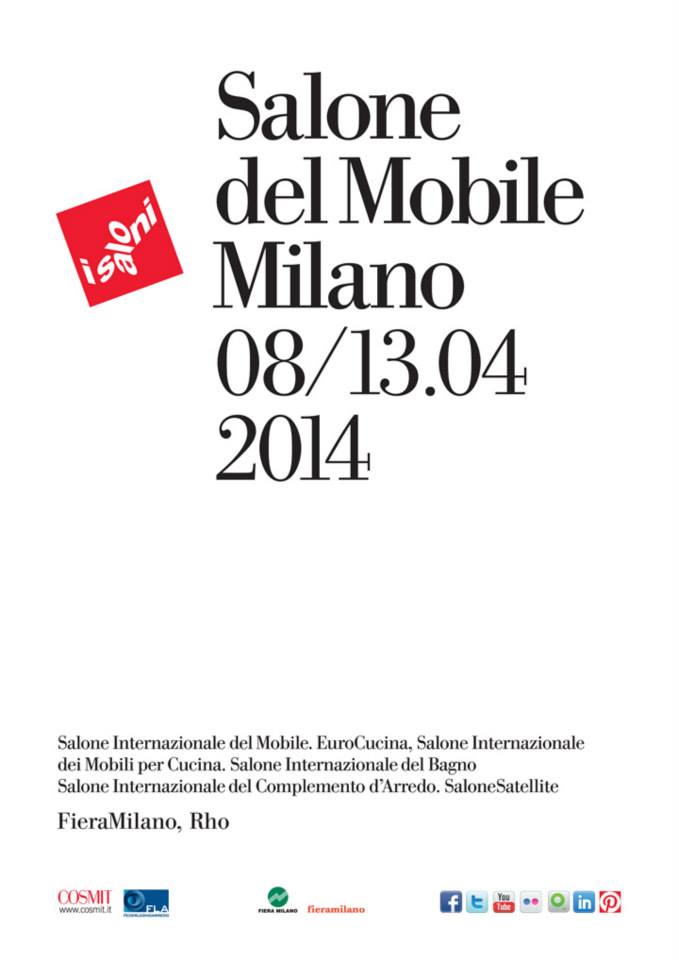 EuroCucina’s collateral event, FTK (Technology For the Kitchen), devoted to built-in domestic electrical appliances and cooker hoods, is back again, showcasing products, prototypes and designs for kitchens of the future. FTK has also acquired major new exhibitors, such as Arçelik (Beko) and Sub-Zero Group (SubZero, Wolf), underscoring its prestige.

The Salone del Mobile is also among the sponsors of the exhibition “Bernardino Luini e i suoi figli”, a major retrospective dedicated to a key figure in the history of Renaissance art in Milan and indeed in Italy, curated by Giovanni Agosti and Jacopo Stoppa, in collaboration with Piero Lissoni.

The exhibition, which will be open to the public from 9th April to 13th July 2014 on the main floor of Palazzo Reale and in the splendid Sala delle Cariatidi, will document the entire artistic career of Luini and his sons over the course of the 16th century through a selection of more than 200 works. 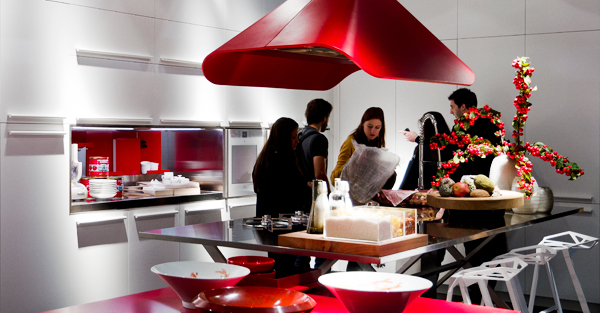