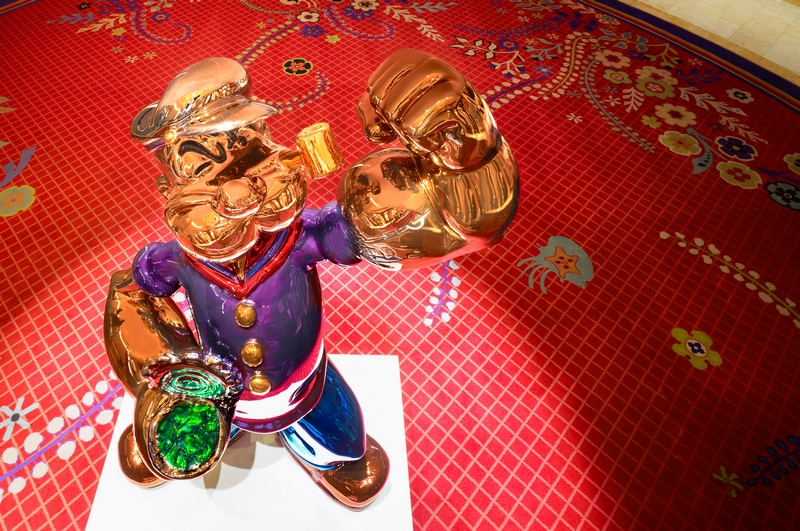 Since his creation in 1929, Popeye has come to be known as the ultimate American hero. Audiences throughout the country were able to relate to the popular muscle-man and identify with the little guy who became powerful with just a can of spinach.

“I became drawn to the Popeye image in a very intuitive way,” Koons said. “I wanted to have a dialogue with art history and with Pop Art, and also a dialogue with technology and to deal with the aspect of acceptance.”

The mirror-polished stainless steel sculpture (6 feet 5 inches tall and more than 2,000 pounds) took two years to create (2009-2011) and was acquired at auction in May 2014 for a price of $28,115,000. Jeff Koons created three versions (plus artist’s proof) of the famed character, one of which now calls Wynn Las Vegas home. The sculpture depicts the spinach- eating sailorman in a vivid spectrum of color. 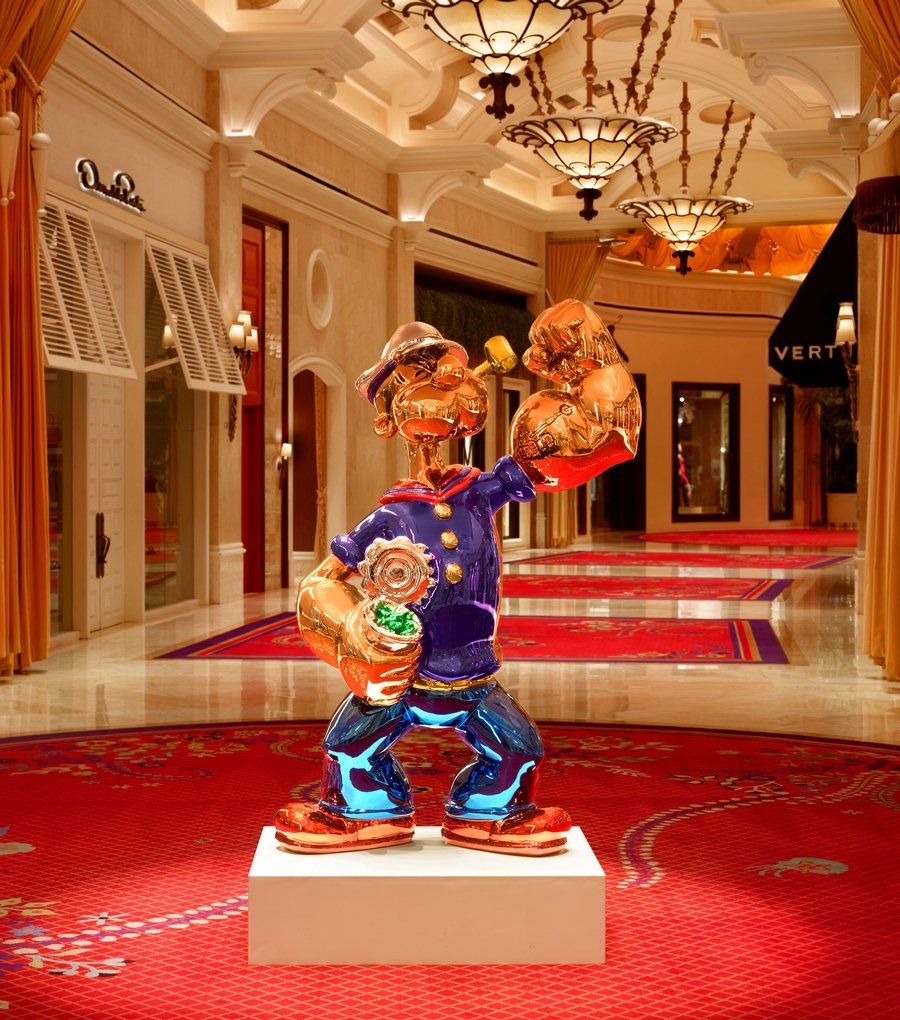