Tesla and Mercedes-Benz to collaborate on the third model 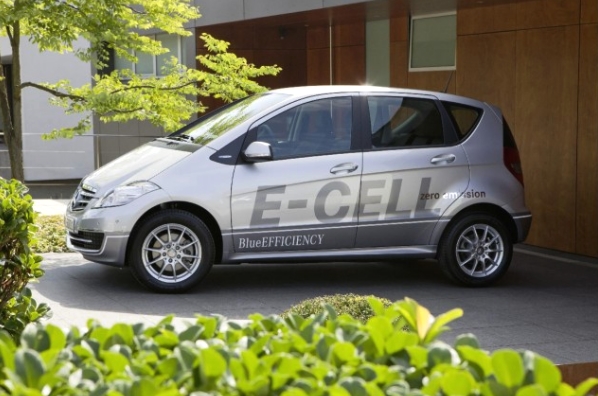 Californian electric car company Tesla announced that it would work with Mercedes-Benz on the third electric car project. Tesla is to provide the battery packs, electric motor(s), gearbox, inverter and all related software. Unfortunately, no other details on the collaboration were revealed but the news has got motorauthority wondering.

Mercedes’ performance arm AMG has its own E-Cell electric car in the works based on its SLS AMG supercar, however, a battery supplier and technology partner for this particular car have already been announced, in this case, Deutsche ACCUmotive.

Deutsche ACCUmotive is also the official partner for the production version of last year’s B Class E-Cell Plus concept, a range-extended electric version of the new Mercedes B Class.

One possibility is an electric version of the new third-generation A Class, perhaps a continuation of the previous A Class E-Cell project.