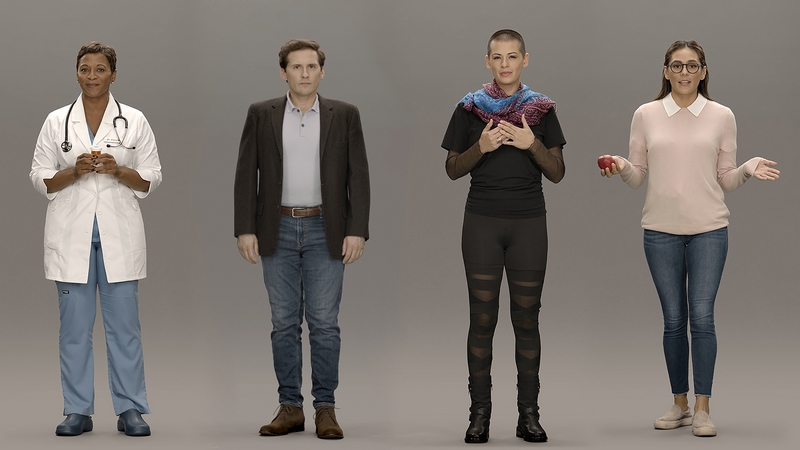 This article titled “Technology in 2050: will it save humanity – or destroy us?” was written by Alex Hern, for The Guardian on Friday 3rd January 2020 06.00 UTC

Futurism is a mug’s game: if you’re right, it seems banal; if you’re wrong, you look like the founder of IBM, Thomas Watson, when he declared in 1943 that there is room in the world “for maybe five computers”.

David Adams knew these risks when he wrote about the future of technology in the Guardian in 2004 – even citing the very same prediction as an example of how they can go awry. And from our vantage point in 2020, Adams certainly did a better job than Watson. When he looked ahead to today, he avoided many of the pitfalls of technology prediction: no promises about flying cars nor sci-fi tech such as teleportation or faster-than-light travel.

But in some ways, the predictions were overly pessimistic. Technology really has made great leaps and bounds in the past 16 years, nowhere more clearly than AI. “Artificial intelligence brains simply cannot cope with change and unpredictable events,” wrote Adams, explaining why robots would be unlikely to interact with humans any time soon.

“Fundamentally, it’s just very difficult to get a robot to tell the difference between a picture of a tree and a real tree,” Paul Newman, then and now a robotics expert at Oxford University, told Adams. Happily, Newman proved his own pessimism to be unwarranted: in 2014, he co-founded Oxbotica, which has hopefully solved the problem he mentioned, because it makes and sells driverless car technology to vehicle manufacturers around the world.

If we move on from worrying over details, there are two key points at which the 2020 predictions fall apart: one about tech, the other about society.

“Gadget lovers could use a single keypad to operate their phone, PDA [tablet] and MP3 music player,” Adams wrote, “or combine the output of their watch, pager and radio into a single speaker.” The idea of greater convergence and connectivity between personal electronics was correct. But there was a very specific hole in this prediction: the smartphone. After half a century of single-purpose consumer electronics, it was difficult to perceive how all-encompassing a single device could become, but just three years after Adams pubished his piece, the iPhone launched and changed everything. Forget carrying around a separate MP3 player; in the real 2020, people aren’t even carrying separate cameras, wallets or car keys.

Failing to foresee the smartphone is an oversight about the progress of technology. But the other missing point is about how society would respond to the changing forces. The 2004 predictions are, fundamentally, optimistic. Adams writes about biometric healthcare data being beamed to your doctor’s computer; about washing machines that automatically arrange their own servicing based on availability in your “electronic organiser”; and about radio-frequency identification (RFID) chips on your clothes that trigger customised adverts or programme your phone based on where you are. And through it all is a sense of trust: these changes will be good, and the companies making them well-intentioned.

“There is a loss of privacy that is going to be very difficult for people and we haven’t figured out how to deal with that,” one of Adams’s interviewees admitted, when describing technology in 2020. “But if you explain what it does, how much information it provides and where it goes – and that the trade-off is that you don’t have to wait as long in line at the supermarket – then people will take the trade-off.” In fact, over the past decade and a half, the vast majority of people were simply never given the choice to accept the trade-off, and it is increasingly clear that many of them never would have if they had understood what was at risk.

If the Guardian missed the advent of the smartphone, despite writing just three years before the launch of the iPhone, how can we possibly do better today, looking 10 times further ahead? The world of 2050 will be unimaginably different in many ways, even if we can safely assume people will still generally have two arms, two legs and an unpleasant smell if they don’t wash for long periods of time.

But there are forces working in our favour. The internet is far more entrenched now than it was in 2004, and while its chaotic effect on our lives shows no sign of abating, it is at least predictably unpredictable. Similarly, smartphone penetration in the west is now as high as it looks likely to go. However the world changes over the next 30 years, it won’t be as a result of more Britons or Americans getting phones.

Other predictions can be as simple as following trendlines to their logical conclusion. By 2050, the switchover to electric cars will have mostly finished, at least in developed nations – as well as in those developing nations, such as China, that are starting to prioritise air quality over cheap mechanisation.

The “next billion” will be online, mostly through low-cost smartphones receiving increasingly ubiquitous cellular connections. But what they do on the internet is harder to guess. In 2020, there are two countervailing trends at work: on the one hand, providers, principally Facebook, have been trying to use subsidised deals to push newly connected nations on to stripped-down versions of the internet. If they succeed at scale, then many of the benefits of the web will be stolen from whole nations, reduced instead to being passive participants in Facebook and a few local media and payment companies.

But pushback, from national regulators in places such as India and from competing carriers, could bring the new nations to the real internet instead. Unless, that is, national regulators push in a different direction, copying China, Iran and Russia to keep Facebook out by building a purely nationalistic internet. How better to ensure that the benefits of the web accrue domestically, they reason, than by requiring your citizens to use home-grown services? And if it makes it easier to impose censorship, well, that’s just another benefit.

James Bridle, the author of the unsettling book New Dark Age, points out that the discussion can’t lose sight of who the next billion actually are. “I keep thinking about the way the tech industry talks about ‘the next billion users’ without acknowledging that those people are going to be hot, wet and pissed off,” he says, “and we’re only talking about hardening borders, rather than preparing – politically, socially, technologically – for this reality.”

Because, if we are guessing the future from simple trend lines, there is another one that we need to acknowledge: the climate. The specifics of what will change are not for this piece, but the human response very much is.

One possibility is plan A: humanity, in time, reaches net zero when it comes to emissions. In that scenario, we will live in a world where plant proteins replace meat in everyday consumption, where electrically powered networked mass transit reaches into the suburbs and beyond, a world of video-conferencing and remote attendance steadily chipping away at business flights, and of insulation inside the walls of British homes. (Look, it can’t all be high-tech.)

If plan A fails, then there is a chance we turn to plan B. That is a world in which megascale injections of sulphur dioxide into the stratosphere turn the heavens a milky-white, and a whole generation never sees a clear blue sky, in order to reflect more of the sun’s rays and pause the greenhouse effect. It is one in which we turn on gigantic processing plants that do nothing but extract carbon dioxide from the air and pump it underground into disused oil wells. It is one in which whole cities are abandoned and populations relocated to avoid the worst effects we can’t prevent.

Plan B – geoengineering – is neither optimistic nor pessimistic about the future of humanity, says Holly Jean Buck, the author of After Geoengineering. “The worst thing would be we fail plan A and plan B. Over the next decade, I think geoengineering will definitely be tried. Right now, it’s toned down, I think because of people not wanting to talk about it. We don’t have the body of knowledge, and would need 20 or 30 years to develop it. Right about midcentury means it will be a crunch point: climate change will be really apparent.”

But for Buck, as for Bridle, the distinctions that really matter aren’t necessarily the technology. “The choices around whether we have a livable future or a dystopian one are about social attitudes and social changes.

“Right now, we’re in this era of stopgaps. Society used to be able to make a long-term plan: people built long-term infrastructure and thought a bit further out. That’s not something that happens now: we go to quick fixes. We need a cultural change in values, to enable more deliberate decision-making.”

There is another possibility: that technology really does save the day, and then some. John Maeda, the chief experience officer at the digital consultancy Publicis Sapient, says that by 2050, “computational machines will have surpassed the processing power of all the living human brains on Earth. The cloud will also have absorbed the thinking of the many dead brains on Earth, too – and we all need to work together to survive. So I predict that we will see a lasting cooperation between the human race and the computational machines of the future.”

This sort of thinking has come to be known as the singularity: the idea that there will be a point, perhaps even a singular moment in time, when the ability of thinking machines outstrips those who created them, and progress accelerates with dizzying results.

“If you interview AI researchers about when general AI – a machine that can do everything a human can do – will arrive, they think it’s about 50/50 whether it will be before 2050,” says Tom Chivers, the author of The AI Does Not Hate You.

“They also think that AGI” – artificial general intelligence – “can be hugely transformative – lots of them signed an open letter in 2015 saying ‘eradication of disease and poverty’ could be possible. But also,” he adds, citing a 2013 survey in the field, “on average they think there is about a 15% to 20% chance of a ‘very bad outcome [existential catastrophe]’, which means everyone dead.”

There is, perhaps, little point in dwelling on the 50% chance that AGI does develop. If it does, every other prediction we could make is moot, and this story, and perhaps humanity as we know it, will be forgotten. And if we assume that transcendentally brilliant artificial minds won’t be along to save or destroy us, and live according to that outlook, then what is the worst that could happen – we build a better world for nothing?