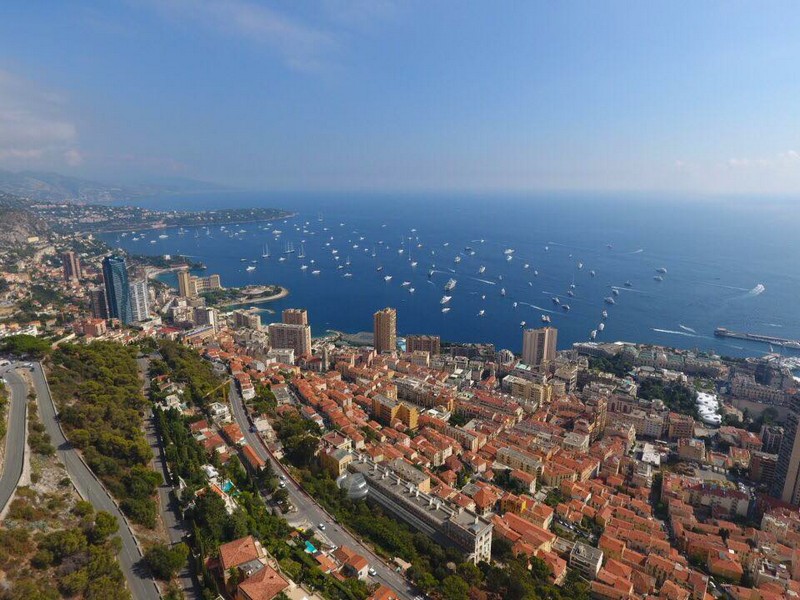 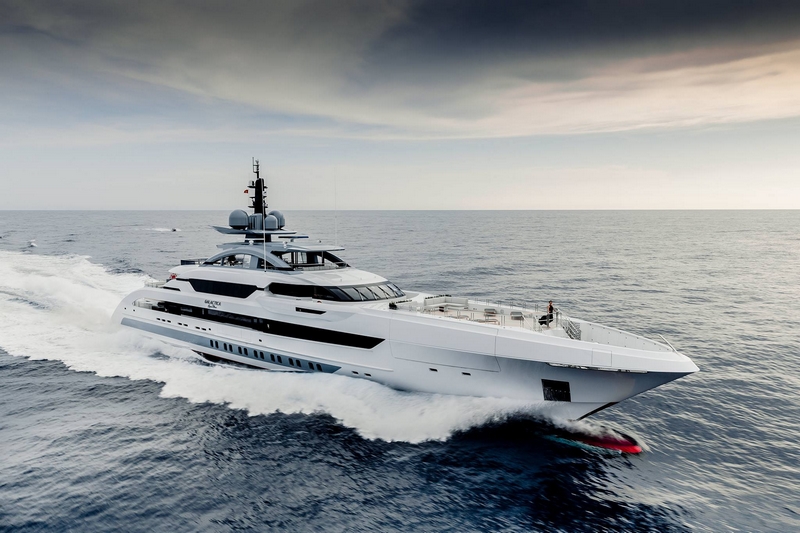 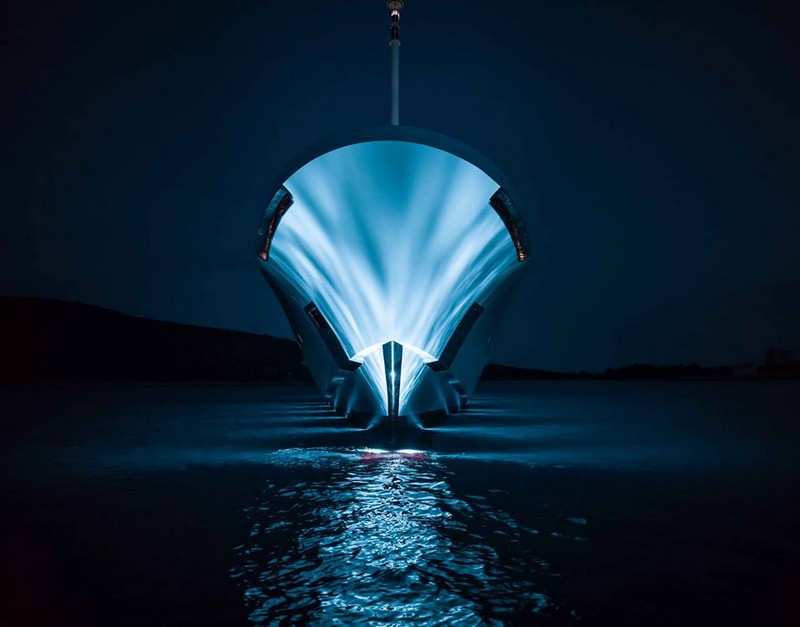 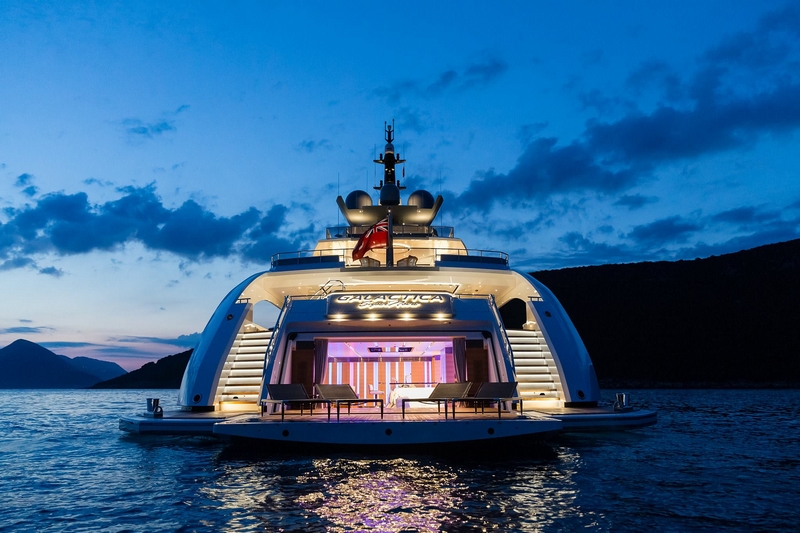 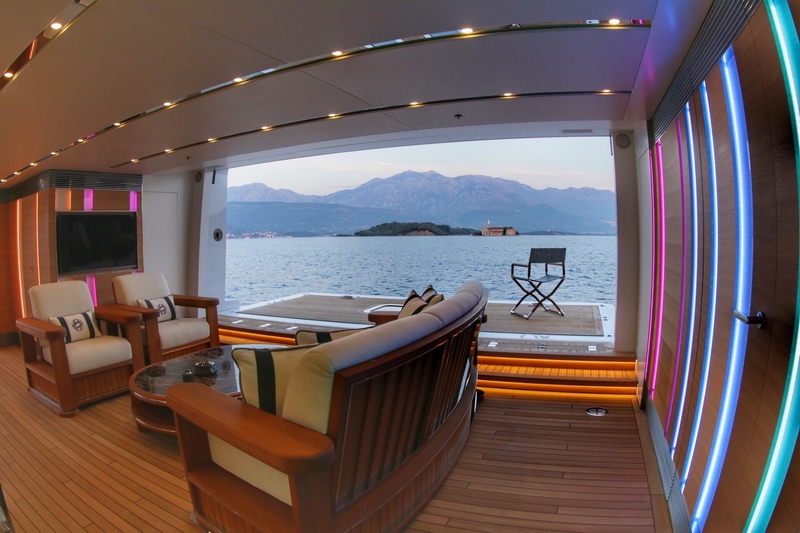 WINNER OF THE 2016 MYS EXTERIOR DESIGN AWARD
WINNER OF THE 2016 MYS FINEST NEW SUPERYACHT
The winner of this year’s ceremony with two awards, of which the finest 2016 delivery exhibited at this year’s Monaco Yacht Show. Two awards that distinguished the refined work made by the Dutch shipyard Heesen on the aesthetics of her exterior shapes and interior design, on her quality of comfort or performances.

The 70m FDHF sports a unique waterfall and infinity pool with contra jet for lap swimming. Spectacular staircases are also a hallmark of Heesen Yachts. Galactica Super Nova takes it to another level with a myriad of intricate bespoke details and elaborate light installations embedded into the walls, stair treads, ceiling and floor. The staircase wraps around a glass and steel elevator connecting all internal levels of the yacht. 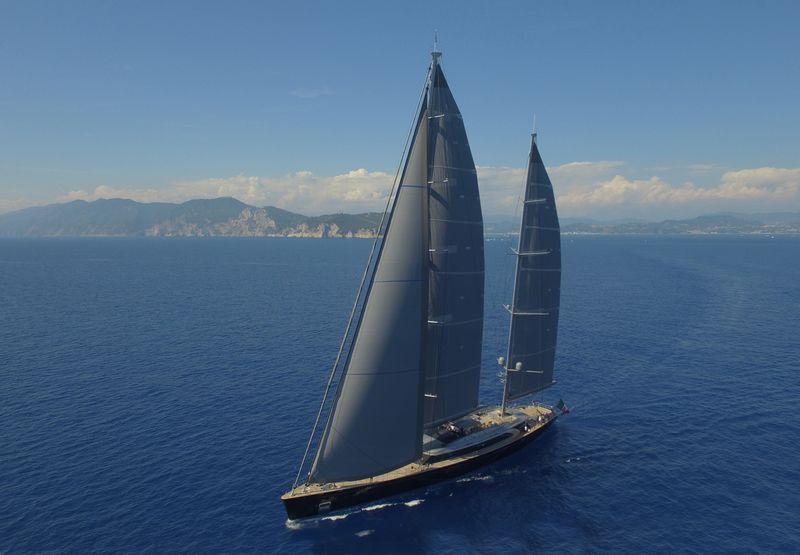 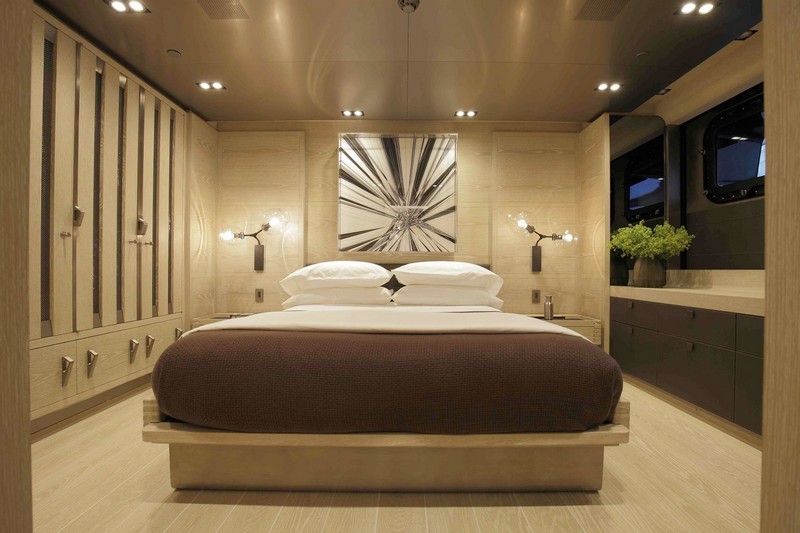 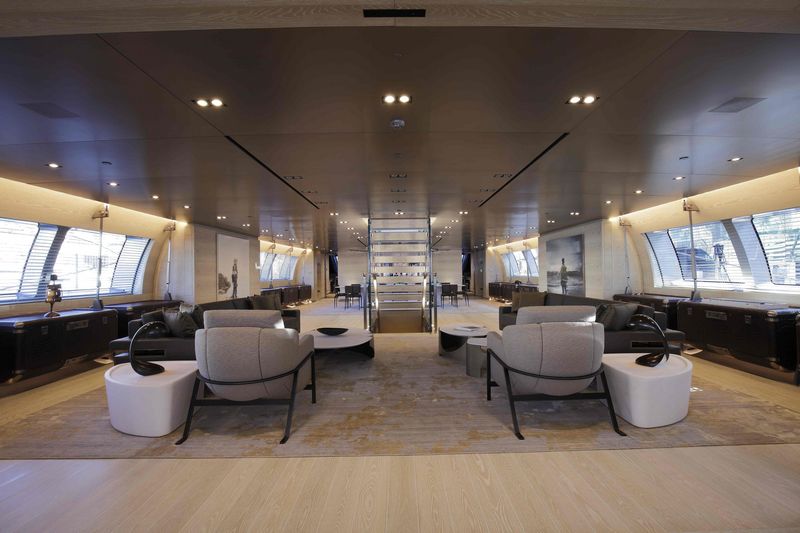 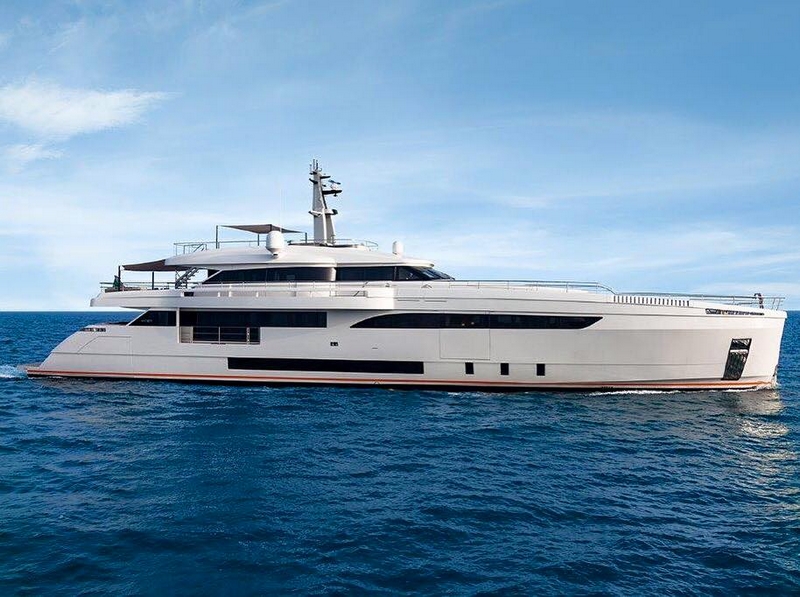 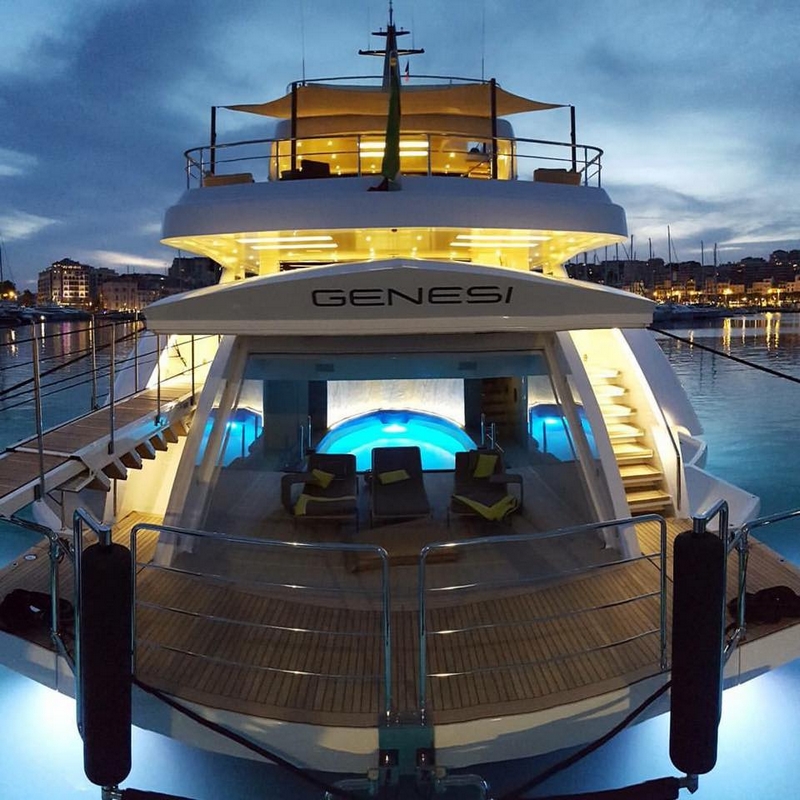 WIDER 150 GENESI IS QUIETEST YACHT EVER BUILT TO RINA COMFORT CLASS. The all aluminum, 47 meters superyacht with diesel electric propulsion system, obtains highest possible rating for the RINA Comfort Class Certification. It is also the first time that a perfect score of 100/100 has ever been awarded.

This May, the new WIDER 150 “GENESI” was crowned winner of the prestigious Neptune award within the category “Displacement Motor Yacht under 500 GT, 42m to 46.9m” at the World Superyacht Awards held in Florence.

“Genesi”was additionally awarded a special commendation prize for Technology and Innovation, in recognition of the Diesel Electric Propulsion System combined with the intelligent layout and use of the forepeak for the four variable speed generators to create more usable guest areas in the midships. 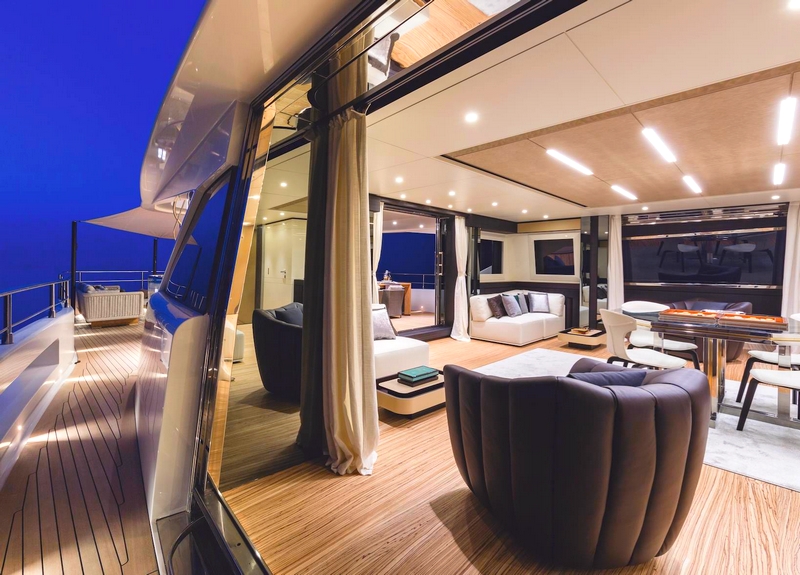 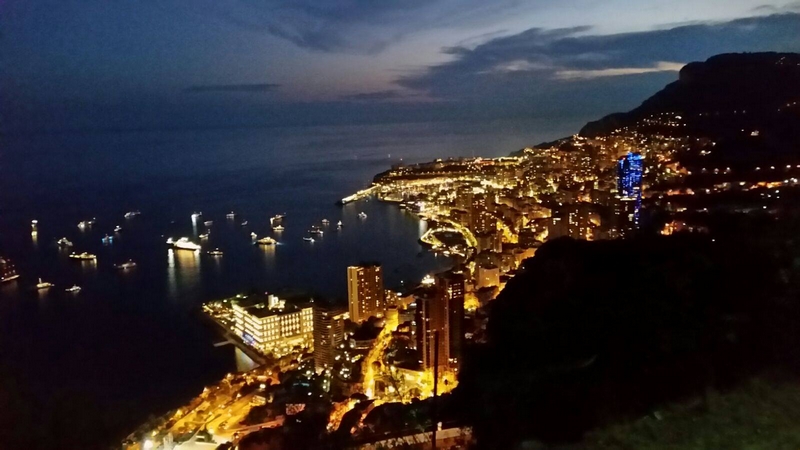 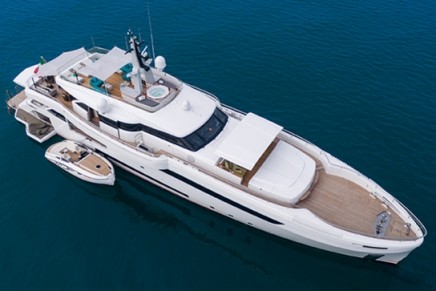 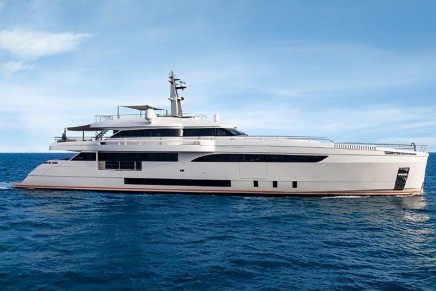 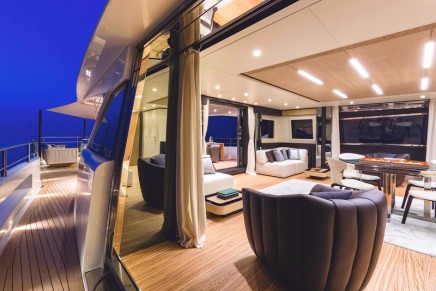 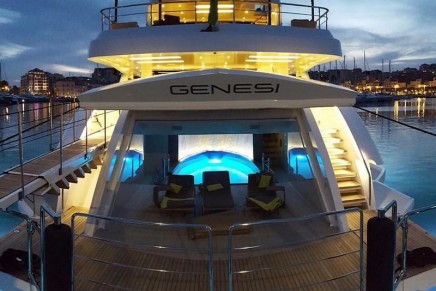 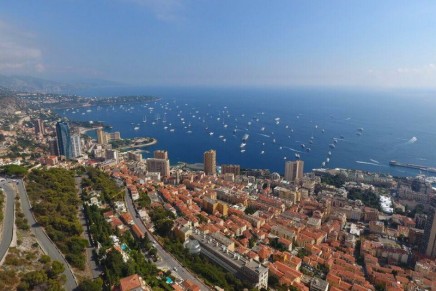 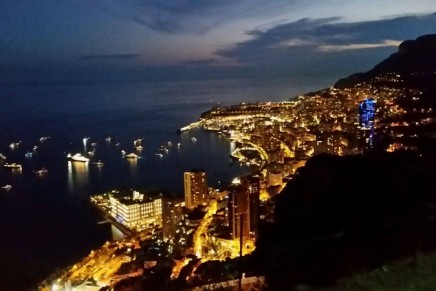 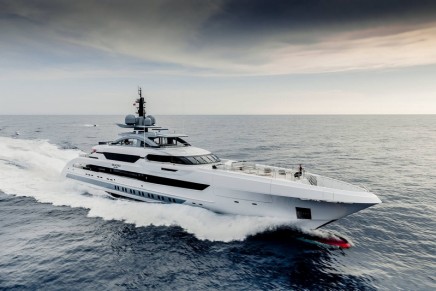 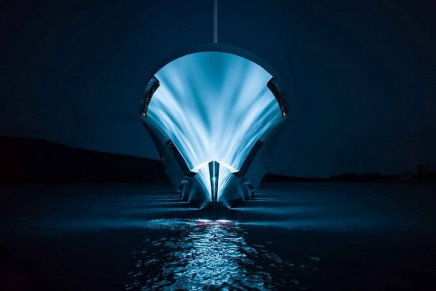 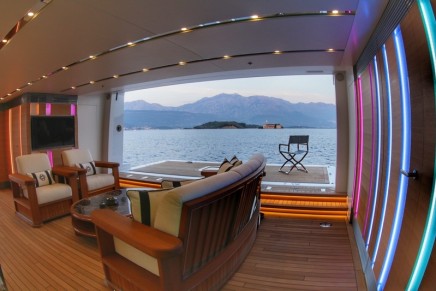 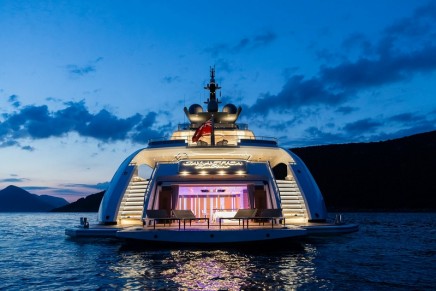 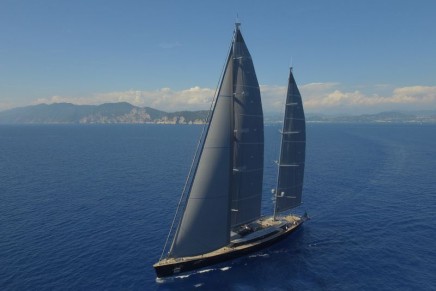 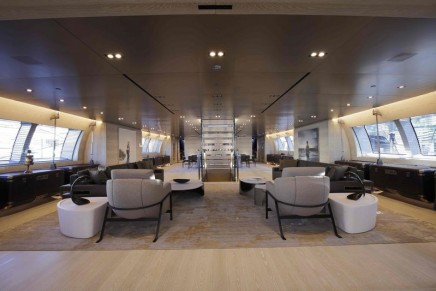 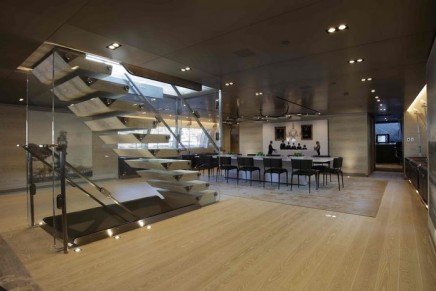 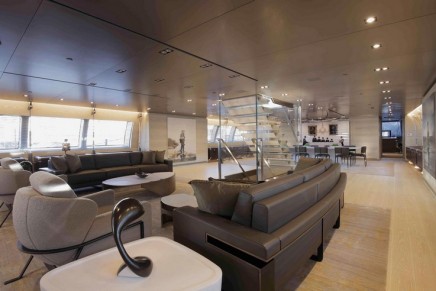 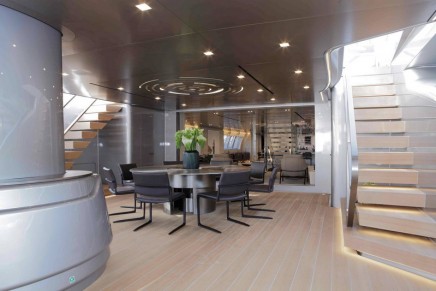 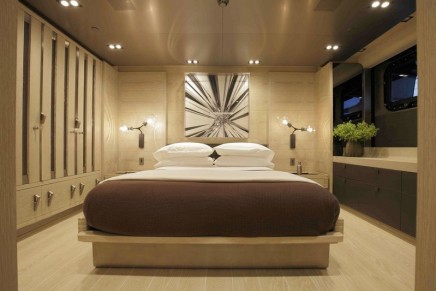