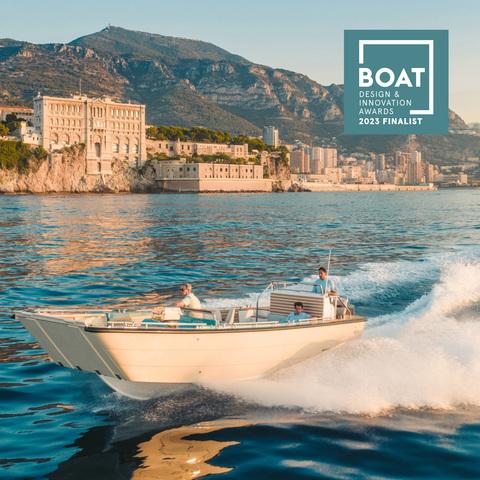 Acclaimed British boatbuilder, Cockwells Modern & Classic Boatbuilding, has been nominated for a second coveted industry award, this time for its Modular Tender.

The craft is one of six exemplary designs to have been shortlisted in the Tender of the Year category of the 2023 BOAT International Design & Innovation Awards, which celebrate world-class naval architecture and styling as well as innovation, engineering and sustainability.

Cockwells’ Modular Tender features custom modules that enable a single vessel to perform a variety of functions, demonstrating all the ingenuity and technical expertise of a bespoke superyacht tender builder at the top of its game.

The base boat is a highly versatile, stable platform with a beach-landing ramp and loading bay that has the capacity to carry a small car, jeep, or all-terrain vehicle. It forms the perfect utility vessel for transporting goods and vehicles to and from a mothership, as well as for performing maintenance duties.

The hull is unsinkable as a result of its built-in buoyancy and the raised helm position at the stern provides the helmsman with excellent 360-degree visibility, even when the vessel is fully loaded with goods or custom modules. 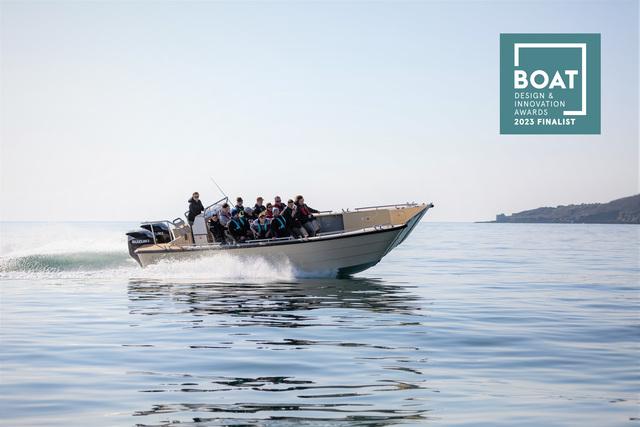 The British boatbuilder announced it has sold its first Duchy Motor Launch in Australia.

The Company has extended its global reach yet further by appointing Davis Marine Brokerage as its exclusive dealer in Australia, which has brokered the sale of a Duchy 35 Motor Launch.

Duchy Motor Launches combine the classical lines of the gentleman’s launch of generations past with polished styling and modern luxury. Ranging from 21ft to 60ft, these stylish vessels can be customised with any number of optional extras to create a cruising environment that is unique to each owner, whether sailing on lakes, canals, fjords, or open water.

Cockwells is currently in the process of customising this Duchy 35 specifically for Antipodean adventures with the continent’s climate and seafaring conditions in mind. This first model sold in Australia will be berthed at Roseville Bridge Marina, where Davis Marine Brokerage is based, within Sydney’s iconic harbour. 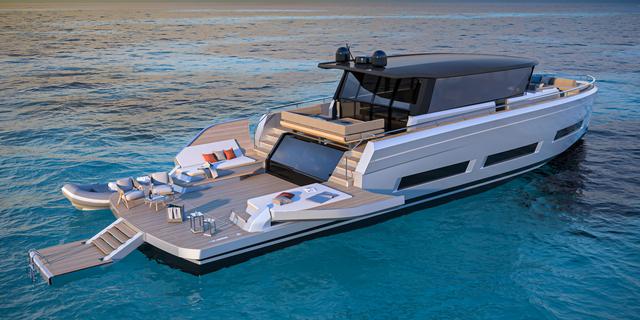 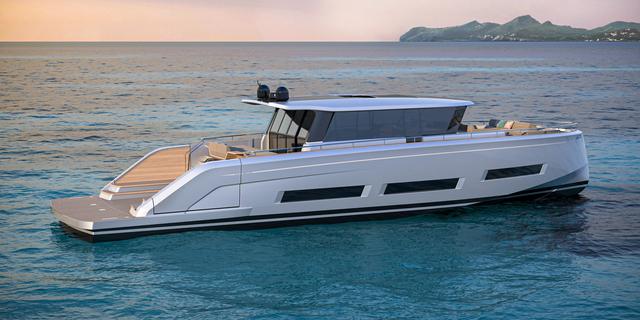 The Pardo GT75, the new top-of-the-range crossover model from Pardo Yachts presented at the Cannes Yachting Festival, comes in various guises with exterior and interior styling by Nauta design.

“The brief behind the Pardot GT75 was to echo all the design traits of the GT52 – elegance, style, comfort, and performance – but stretch them to create a new flagship model available in Tender Garage and Beach versions, and GT or T-top (this last will complete the Pardo Yachts walkaround range),” says Massimo Gino, co- founder of Nauta design in Milan, responsible also for the exterior and interior styling of Pardo GT52. “The idea was to have owners experience the boat as a villa on the sea.”

The result is the Pardo GT75: a thrilling, 23-metre weekend runabout positioned between the Walkaround and Endurance lines. Optimized spaces and volumes combined with aesthetic and functional features, high quality materials and bright environments, ensure onboard comfort even during extended cruising. 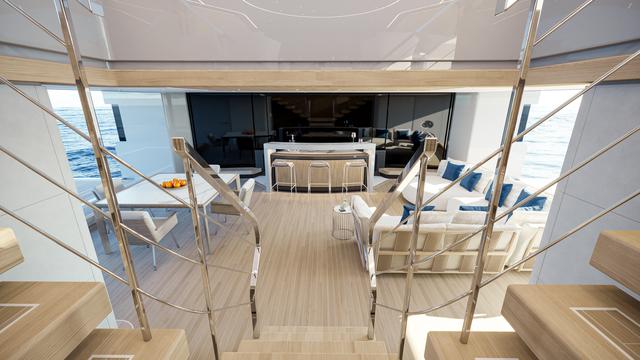 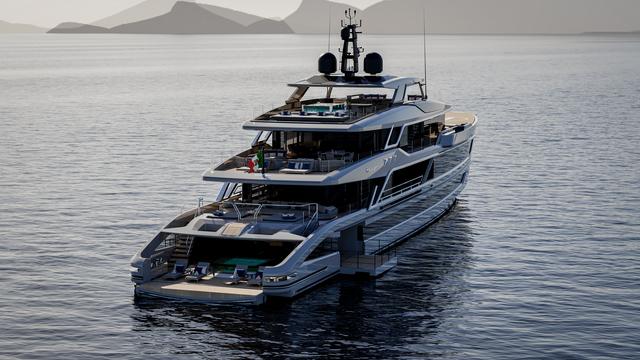 BAGLIETTO, AN UNFORGETTABLE END OF THE YEAR: FIRST T60 NOW SOLD, TOO

Only 3 days after the sale of the eighth T52, Baglietto announced securing the first order for a 60 m yacht, null no. 10260. The project of the T60, pencilled by Francesco Paszkowski design, had been presented as an absolute premiere at the MYS 2022.

The natural evolution of her smaller, 52 m predecessor, this 60-metre top-of-the-range T60 epitomizes the core values of Baglietto’s timeless style, signed by Francesco Paszkowski design, and ushers the Seagull brand into a new era.

“It is difficult to hide the great sense of pride we feel for securing this sale – comments Baglietto CCO Fabio Ermetto -, not only because it comes just 3 months after the project was introduced to the public and as the culmination of an extraordinary year, but above all because it confirms the appropriateness of the creative choices pursued by the shipyard together with designer Francesco Paszkowski. This model, I believe, has all the features the market is looking for today, but it also opens new horizons for the recreational boating industry, by implementing highly innovative, unprecedented onboard solutions. Indeed, the T60 radically changes the concept of life at sea, overturning long-established rules that juxtapose sea and land, interiors and exteriors, formal and informal, day areas and night areas”.

“Figures alone cannot always convey the efforts and commitment they stem from – adds Baglietto’s CEO Diego Micheledeprati – This time, however, I think it is fair to highlight what Baglietto has been able to accomplish in 2022, a year that is represented at best by the sale of this T60: 9 yachts between 41 m and 60 m in length sold, 22 boats under construction, 3 new models delivered, 3 new sales offices opened around the world, €13 million invested in the La Spezia and Carrara facilities, and the launch of Bertram’s European division, with the sale of the first unit. Behind all this stands a whole organisation, but, first and foremost, are the passion and pride of so many people involved. The T60 starts a new chapter in the Seagull brand’s extraordinary history, and marks the beginning of a new era”.

Hull #10260 will have interiors pencilled by Francesco Paszkowski design in cooperation with Margherita Casprini and is scheduled for delivery in 2026. The construction on speculation of a second hull is going to start soon. 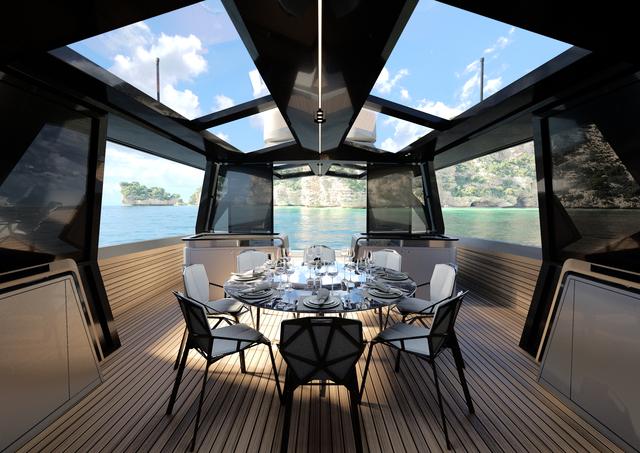 AHEAD OF ITS TIME: WALLY UNVEILS DETAILS OF WALLYWHY100 YACHT

The forward-thinking Monaco-based brand, Wally, has revealed the first details of the new model Wally why 100, a bold and unique product that successfully integrates into the wally why range.

The exterior design and naval architecture of the Wally Why 100 was created by the experienced Wally-Ferretti Group Engineering team, with Studio A. Vallicelli & C. responsible for the interior design. As a crossover product, the yacht fulfils the need for a more voluminous cruiser in the sub-70ft range, combining all of the qualities of a 60-70 foot coupé boat with the benefits of the wallywhy volume. 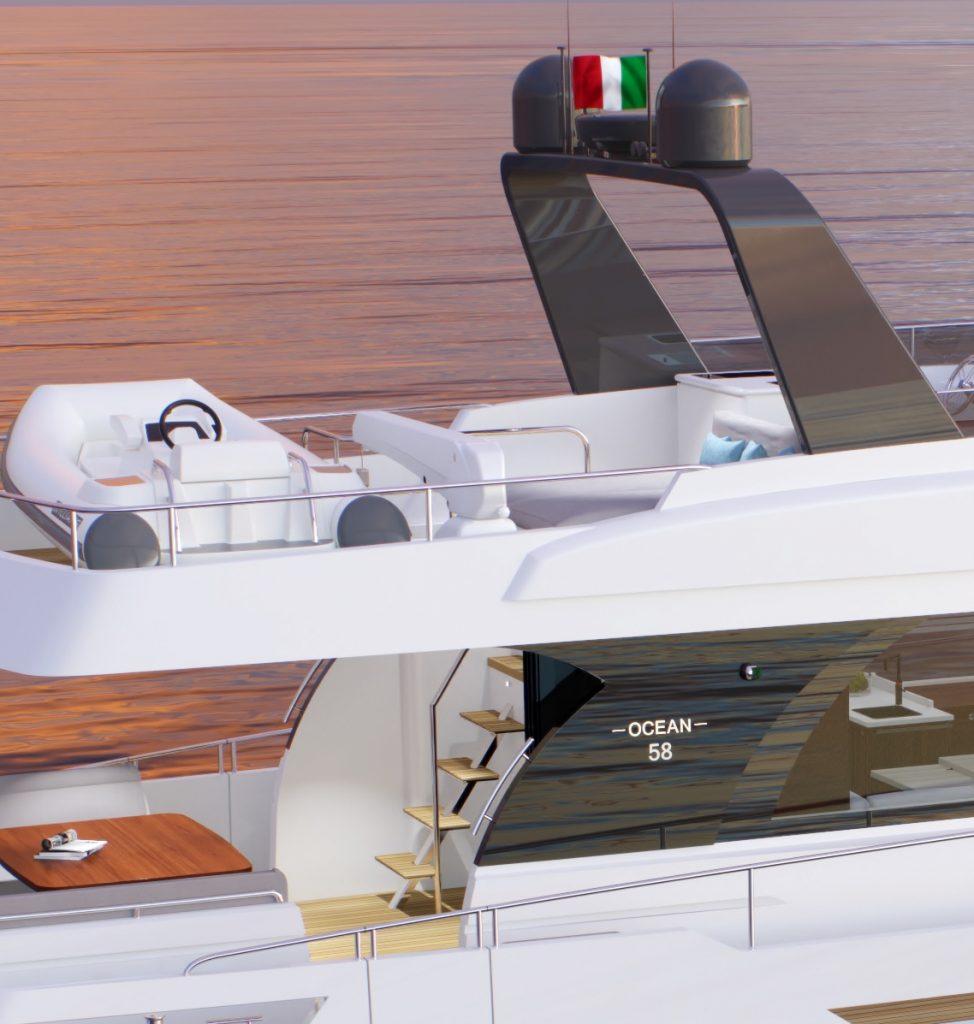 Boarnstream Yachting expands their range with the ground-breaking Boarncruiser OCEAN. The introduction will take place at Boot Düsseldorf 2023. The new Boarn Cruiser Ocean range will be available in 53 ft., 58 ft. and 65 ft. as coupe or flybridge version.

The Boarn Cruiser Ocean is a (semi) displacement, steel yacht range, which is design as an Ocean going yacht. Therefore, are all the Boarn Cruiser ocean models certificated with the class A CE-certification. It’s build with a very well-developed round bilge hull, which leads to a major nautical mile range. 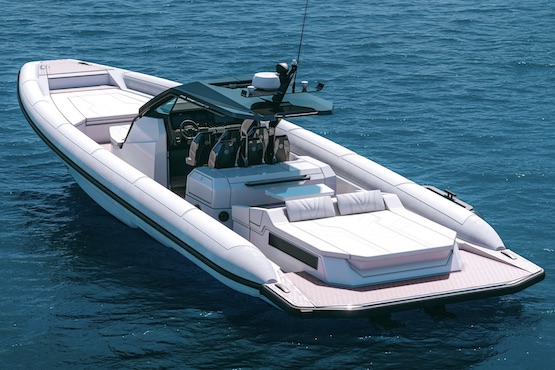 THE TECHNOHULL OMEGA 48: A head-turning design

Technohull has revealed the latest model in its ever-growing range: the Omega 48, which is expected to launch in mid of 2023. The almost 50-footer (LOA 14.95 m for the outboard version) introduces the brand’s new design philosophy, offering a fresh, modern perspective on comfort, style and luxury, whilst always remaining loyal to its high-performance DNA.

With stylish looks and generous living spaces, the Technohull Omega 48 offers a whole new perspective on the pleasure of spending a day out at sea. Her cutting-edge design is clean, aerodynamic, and sleek, featuring streamlined surfaces and a sharp, aggressive look, whilst still allowing for ultra-wide and carefully designed deck spaces and interiors that optimize guests’ onboard experience.

Sailing yacht Maritimo 11 represented the Gold Coast and Queensland in the iconic 2022 Rolex Sydney Hobart yacht Race. The 628 nautical mile course is often described as the most grueling ocean race in the world, attracting sailors from around the world and the cream of Australian entries.

The 15.85-metre yacht launched at the 2022 Rolex Sydney Hobart yacht Race is a meticulously refurbished, Reichel Pugh-designed TP52 – a champion racing yacht brought to Australia from Mexico. The TP52 was originally designed for the Transpac Race from Los Angeles to Honolulu and is a lean, light-weight yacht with few creature comforts for crew. There are around 80 of these carbon fibre yachts racing in all parts of the world, and they are extremely competitive.

The TPs have dominated Australian ocean racing including the Rolex Sydney Hobart yacht Race in recent years and seem to enjoy a sweet spot under the IRC Handicap Rule that determines the overall winner of the Race. In 2015, Paul Clitheroe’s TP52 Balance was declared the overall winner of the 2015 edition, and Matt Allen TP52, Ichi Ban is a three-time winner of the prestigious Race, taking home the Tattersall Cup in 2021, 2019 and 2017.

Maritimo founder, Bill Barry-Cotter could see the untapped potential in the TP52 he located in Fiji which was then transported to Maritimo’s Coomera headquarters where the yacht underwent a thorough refit, including new sails and all navigation equipment to bring her up to the latest safety and racing standards.

Maritimo is unique as the only luxury motor yacht builder in the world with a dedicated sail racing division and world championship power race team all in-house. Celebrating the desire to win on all parts of the ocean is core to Maritimo’s DNA.

In 2021-22, Maritimo invested in a multi-million dollar expansion program to meet production demand from increased sales volumes. Integral to keeping pace with demand is the company’s focus on recruitment, training and development of the next generation of trades people. 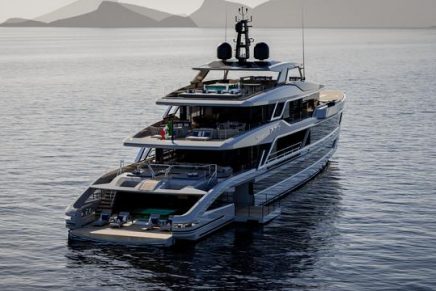 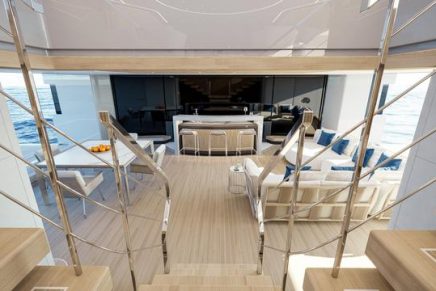 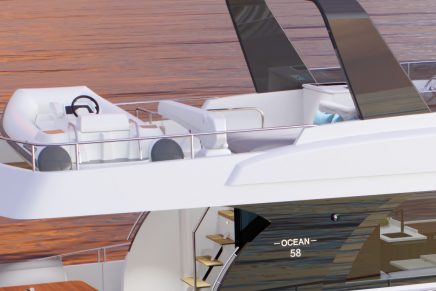 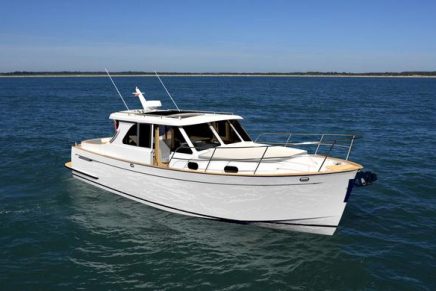 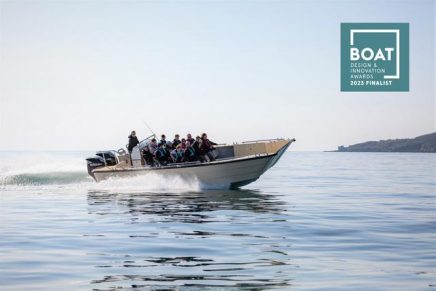 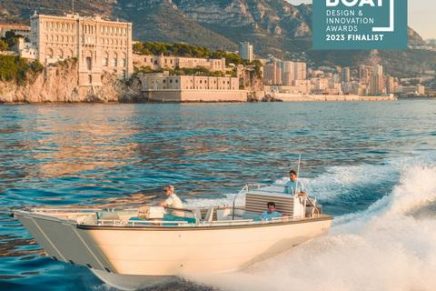 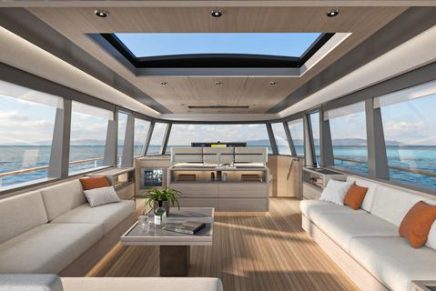 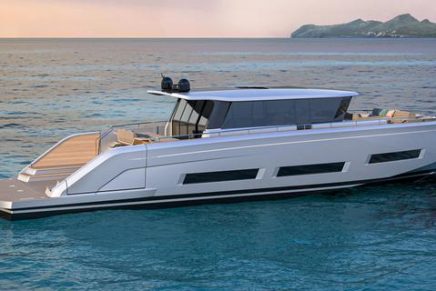 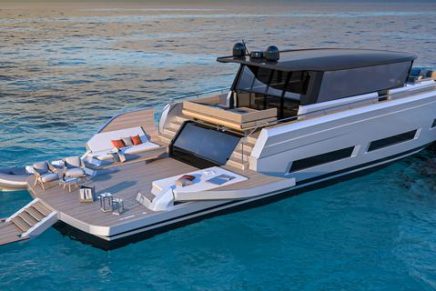 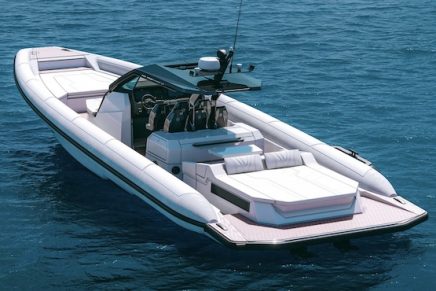 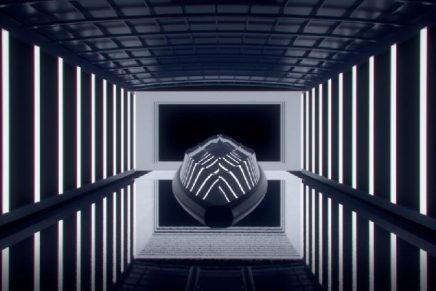 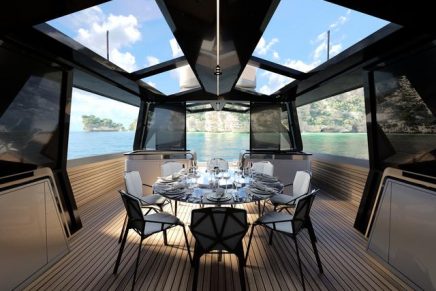 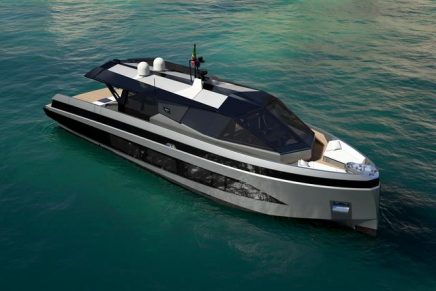