A genuine marvel to behold: the sensational owner’s suite at the bow of WHY200, with uninterrupted 270-degree views through vast windows as if you are floating above the water.

There is great anticipation for the official debut of WHY200 at Cannes Yachting Festival (7-12 September).

WHY200, the first full-wide-body by Wally, will make its official debut at Cannes Yachting Festival in September. The innovative motor yacht combining the comfort and space of a larger displacement yacht with the speed and performance of a semi-displacement, was developed by Wally design team led by Luca Bassani, jointly with the Ferretti Group Engineering Department, working with Laurent Giles NA Ltd for naval architecture and Studio A. Vallicelli & C for interior design.

WHY200 features a spectacular 4.7-metre-high glazed bow housing a stunning 37 m2 master suite overlooking the sea, with an uninterrupted 270-degree view of the horizon. This cabin stands out also for its exceptional noise levels thanks to the positioning of the engine room which is located at the opposite end of the boat.

The eye-catching upper deck has a futuristic glass and carbon dome, a distinctive Wally feature that is reminiscent of the clean, angular looklook of the legendary Wallypower. Also on the upper deck, the extended, structural top with no supporting pillars is a masterpiece of design and engineering for its exceptional stability and strength.

The first unit, displaying an exclusive “Wally Silver” colour, will feature a four-cabin layout: the master cabin with two separate bathrooms on the main deck, a VIP and two guest cabins on the lower deck. An absolute novelty is the spectacular one-piece laminated carbon staircase which, as well as having a load-bearing function, is an extremely light element connecting the three decks and making the bulkheads superfluous in the huge 61 m2 open space living area, enhanced by a practical show-cooking kitchen. Open-pore teak was chosen for the furniture. The walkways of the two living halls and the lower deck corridor are also teak. The restful and natural colour palette of neutral and sandy tones creates a refined and timeless effect. 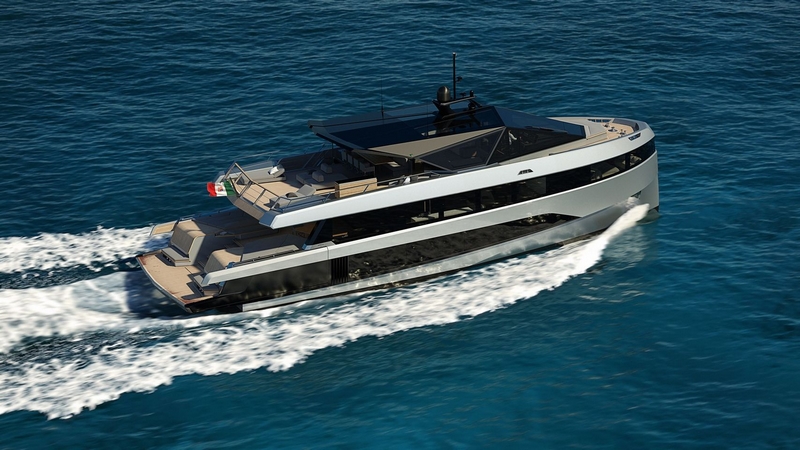 “We are very proud of WHY200, a yacht that was a bit of a gamble but that today rewards us with a result that exceeds our wildest expectations,” says Stefano de Vivo, Wally’s Managing Director. “With its widebody design, this 200 GT yacht offers far larger volumes compared to traditional motorboats, plus a living space and stability that are definitely greater than any competitor’s. It essentially provides all the advantages of a catamaran but has none of the limitations, namely the lack of volume linked to the main central hull and mooring problems. This innovative yacht in terms of performance and stability was born from the brilliant vision of Wally, from the considerable experience in building hulls of the Ferretti Group, which has been designing its hulls ‘in-house’ for over 20 years, and from the collaboration with Laurent Giles Naval Architects. WHY200 is a yacht that will stand out on the international scene both for the essential design that distinguishes Wally yachts, and for its innovative concept, which can offer a different sailing experience to the owner. It is the ideal yacht to freely and safely regain possession of one’s space with family and friends.”

Thanks to the 5G wireless network connection with home automation control, guests will be able to comfortably manage all the audio/video systems via mobile devices, both outside and inside the yacht. Through Naviop’s integrated system, they will also be able to check navigation data, keeping the yacht’s progress and parameters constantly under control. The first unit will feature a state-of-the-art 55 inch TV in the upper living room and a 5.1 Premium sound system on the main and upper decks, while a sophisticated Sonance sound system will serve the outdoor areas.

Beach Club: a huge living room on the water

Experiencing the sea means also enjoying activities in direct contact with the water. The WHY200 is unsurpassed in this respect too: the folding beach club bulwarks, for example, not only allow access to the sea on three sides (according to a radically innovative concept), but also expand the living area to 32 m2, transforming it into a true terrace over the water, with size and features that make all competitors, even larger ones, pale in comparison. In addition, WHY200 boasts two garages with a storage capacity never seen before on yachts of this size, capable of accommodating a 4.05m jet tender, wave runner, seabob, paddleboard and all manner of water toys. 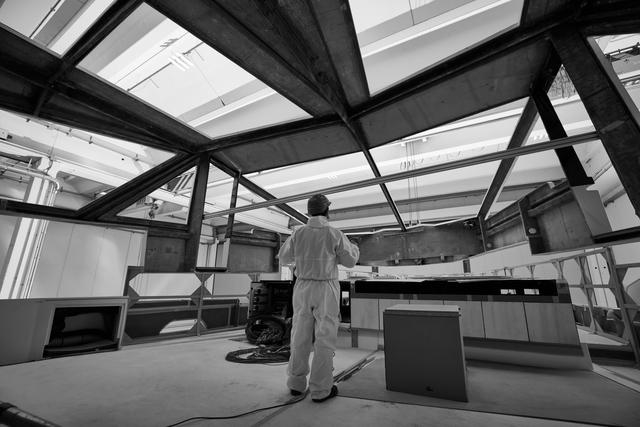 Its trail-blazing and highly performing hull tested in naval tank and, as all Wally hulls, capable of cutting the waves without hitting and thus minimizing the pitching, in the first unit is powered by four Volvo Penta D-13 IPS 1350 engines 1000 hp each. Thanks to these groundbreaking features, WHY200 can cruise at any speed (23 knots top speed), maintaining a horizontal position without reducing the guests’ comfort on board, which is unique among fast semi-displacement yachts. Its width combined with the fin stabilisers – as a standard feature – that can be activated when at anchor or while cruising, and with two Seakeepers, ensures greater stability compared to conventional hulls. 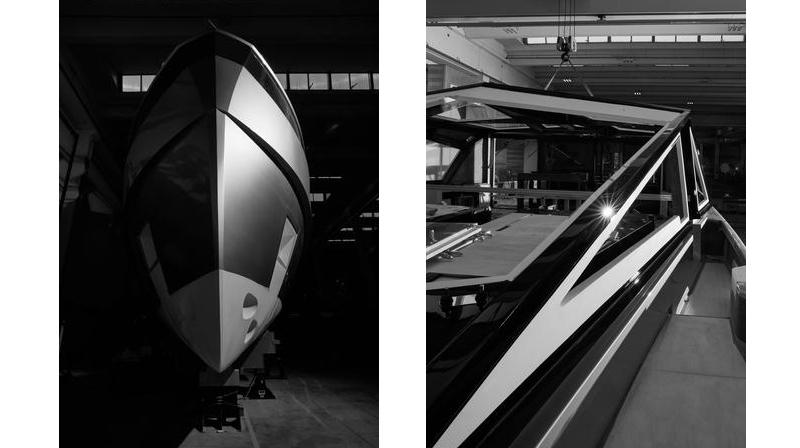 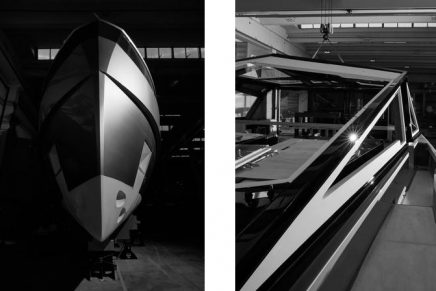 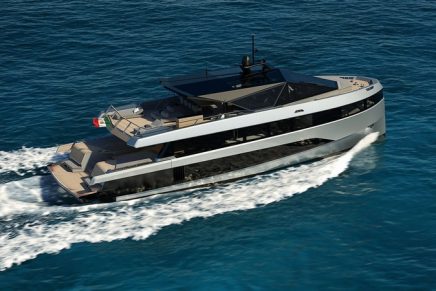 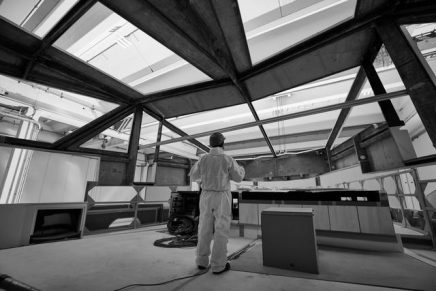